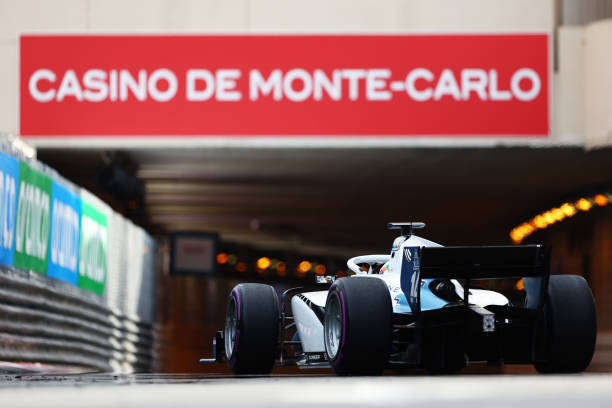 What it’s like to shadow an F2 team in Monaco

The glory, glitz and glamour – what is there not to love about Monaco? During a break in the Formula 3 season, Campos racer David Vidales experienced the reality of a race weekend there.

The 20-year-old made the step up to single-seaters at the beginning of this year, so has never raced at the prestigious track before. Having signed with Campos’ F3 team, he was granted the opportunity to get an insight into how an F2 weekend works.

What Vidales got up to in Monaco

“I thought it was a great opportunity to be there and learn as much as possible being with the team, learning from the F2 drivers and the engineers,” he said. “They were happy for me to be there because I’m in F3 and they want me to become a better driver.

“So, I did everything with them as if I was one of their drivers – following the track walk, all the team meetings and what they were saying on the radio. You can learn the way these drivers with more experience give feedback and how they speak with the engineers. I did everything I could to be involved with the team and had four amazing days together.”

The weekend followed Vidales’ maiden victory in Barcelona. With a win to his name and a view to reaching Formula 2, the Spaniard is likely one to watch.

How does an F2 weekend differ from F3?

With over 30 drivers racing in F3 this season, many will be dreaming of moving up the motorsport ladder. However, it is not always that simple; Vidales learnt the importance of being able to quickly adapt.

“Technically the brakes are very different, which was a new thing for me, the way they use the brakes and all the things they can do with them,” he explained. “Also, the tyres – having different compounds on the same weekend.

“It’s always four wheels and one steering wheel but many things are different and you need to learn a lot. That’s why experienced drivers can make a difference because they know how to manage all these things at once.”

Vidales left Monaco certain that his experience will influence his driving in future. A crucial element of a successful team is the communication between the driver and engineers. The Campos racer is now more aware of this than ever before.

He said: “I’m not a driver that speaks a lot on the radio. I try to focus on what I can do. The engineers are very helpful and they can follow the sector data. In the end, you’re the one driving so they can’t do anything about what’s happening in the car.

“Seeing how the drivers give feedback after the sessions and all the experience I had over the weekend is making me a better driver, which is what I want to do every day to improve.”

Despite all of these lessons, the main takeaway was the sheer enthusiasm with which all team members approached the weekend.

“When you see that passion at the start, when there’s overtakes and how they follow the race – when I’m driving, I’ll think about it and this will help me push more. It’s everything for them!”

How are Campos Racing performing in F2 and F3?

The actual races in Monaco were less than perfect for the team. Ralph Boschung was once again unable to drive – he has now missed the last four races due to ongoing pain.

His teammate Olli Caldwell, who is in his first full season of the series, continued his run of pointless finishes.

The team is 10th in the standings with Boschung’s 32 points. Their Formula 3 campaign is slightly more encouraging. They find themselves in 7th after Vidales’ victory propelled them ahead of Carlin.

“All the team is working so hard in F3 since the beginning of the year. For me, it’s like a family,” said Vidales. “Campos is a bit different from other teams. My first step from karting to single-seaters was with them, so that’s why I know most of the people here. I think it’s very similar [between F3 and F2], they’re all ambitious and they all want to win.”