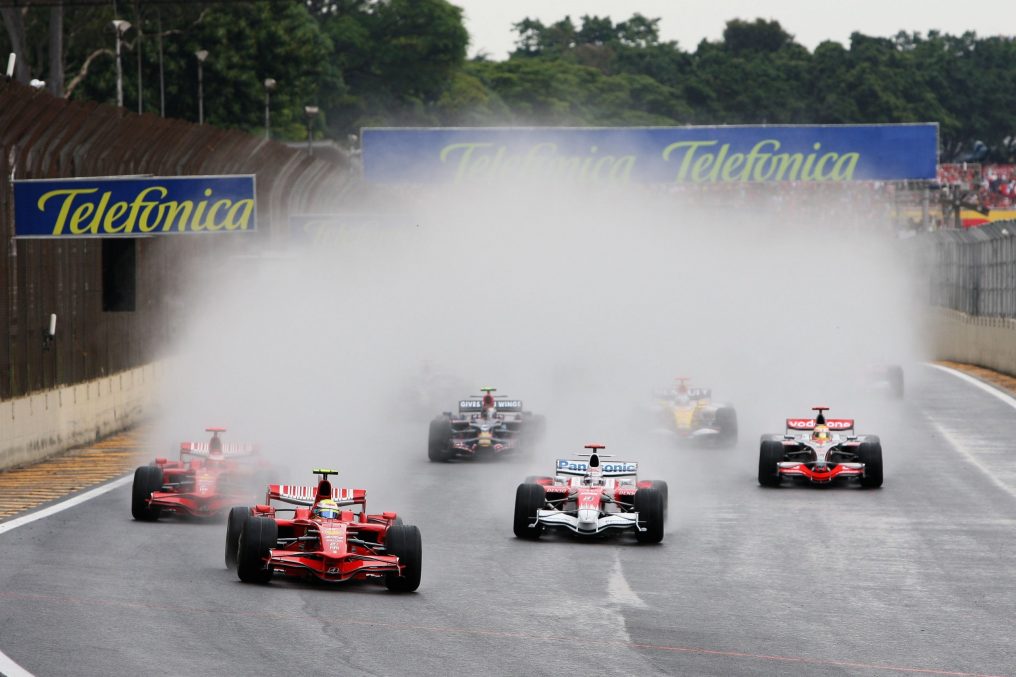 What is the greatest race in F1 history?

With a lengthy couple of weeks ahead before the second race of the season at Imola, how on earth do you pass the time? Well, what could be better than reliving two of what the Nerds say are their favourite races in Formula history!

Similar to the argument of who is F1’s GOAT, the topic of this question is entirely opinionated so there certainly isn’t a definitively correct answer. However in a previous podcast episode Oli and Emma shared their favorites, let’s take a look at them.

We’re certain nobody placed bets on the eventual winner of this race, maybe even the man himself, Jenson Button. The event will mostly be remembered for the chaos that subsided, resulting in the race becoming the longest in F1 history, lasting 4hours, 4 minutes and 39 seconds.

In an afternoon hounded by torrential rain, Sebastian Vettel, who’d won five out of six races held so far that season, started on pole and the race began under the safety car. If the treacherous conditions weren’t a big enough challenge, Button certainly didn’t make it any easier for himself as he was caught up in multiple incidents.

The first of which was with his own McLaren teammate Lewis Hamilton, squeezing him into the wall down the main straight as the Brit tried to make a move. Button was clearly unable to see him in his mirrors due to the dense spray and the accident was deemed a racing incident. But Hamilton was out and a puncture forced Button to pit, rejoining 30 seconds behind the race leader.

He was then caught speeding under yellow flags, which resulted in a drive through penalty. Once served, he recovered to tenth by the time the red flag was shown due to unsafe weather conditions. The red flag period lasted around two hours before racing continued and it wasn’t plain sailing for Button from there on either.

Not long after the restart, he was involved in another incident with Fernando Alonso at turn three, causing the Ferrari driver to retire. Button had a front right puncture and damage to his front wing, forcing him to pit again and come back out dead last, he had it all to do again.

Yet that he certainly did, he managed to climb back up through the field and after a downright absurd recovery, he found himself in second on the final lap with the gap closing to Vettel ahead. Then the unthinkable happened, the German ran wide at turn six and opened up the space for Button to sweep through and take the lead.

Incredibly, after six pitstops and after fighting from right at the back, Button crossed the line to win the race without even leading a full racing lap. It was one of the finest drives of the one-time world champions career and undoubtedly one of the most entertaining races in F1 history.

Another race with a remarkable climax, this race featured one of the most memorable championship deciding moments in motorsport history, which is why Oli names it as his favourite race of all time.

The season finale was held at Interlagos, with home hero and championship contender Felipe Massa starting on pole.  His only rival, Lewis Hamilton, was leading the championship heading into the race and had to finish fifth or higher to secure his first world title.

The race was once again effected by rain, is there a pattern showing here? Massa drove the race of his life, almost untouchable as he lead from the off. A poor choice in strategy made Hamilton’s afternoon ever more difficult as he found himself down on where he needed to be after the first pitstops.

As the track began to dry, some sublime overtaking saw him recover to fourth with a seemingly comfortable run to the end for the world title. However mother nature had one more twist in store as it began to rain once more. The drivers pitted for wet tyres with only five laps left, Hamilton had rejoined in fifth but had a charging Vettel hot on his heels.

On lap 68, just three away from the chequered flag, Hamilton was distracted by traffic and got out of shape at turn 14, allowing Vettel to slip through into fifth. The Ferrari team cheered as it looked like the championship was now in Massa’s hands.

Hamilton chased down Vettel for the last two laps but agonisingly, he could not get close enough to make a move as he fought to keep his car on track. Determination turned into desperation as the final lap grew shorter and shorter. Massa came home to win an excellent home victory and his family began to celebrate what they thought was their boy winning the world championship.

Then miraculously, on the final corner of the final race of the championship, Hamilton managed to slip past a slow Timo Glock to take back that all important fifth position. One of the greatest commentary moments of all time was born as Martin Brundle cried, “IS THAT GLOCK?!”. The McLaren garage erupted in euphoria as Hamilton crossed the line to win the world championship and achieve a life long dream in just his second season.

From utter elation, to sheer misery. The Massa family cut celebrations and glumly watched on as Massa’s championship was snatched away at the last second. The race winner stood defiant on the podium, crying in despair whilst standing in resilience for the home crowd as he stood on the top step of the podium.

Brazil 2008 was certainly an emotional rollercoaster for all involved.

For me, Alex Mclachlan, I’ll always remember Brazil 2008. It’s the first real memory I have of watching Formula 1 with my dad at just nine years old. I’ll never forget the emotions we felt cheering on our British hero and how we jumped out of our seats and screamed at the TV when he finally slipped past Glock. It was the first time I ever remember feeling such despair, joy and passion for anything in my life and it was a moment that me and my dad shared together, a fond memory I will cherish forever. Brazil 2008 was the moment I fell in love with Formula 1.

Have another race you’d consider the greatest of all time?  Share it with us and be sure to tell us why!