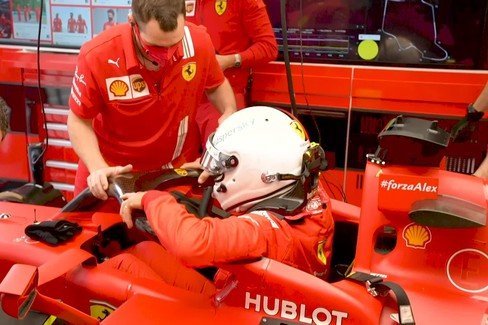 What is behind the apparent lack of diversity at Ferrari?

In the past years, the theme of diversity and inclusion in Formula One has been particularly highlighted and, after the recent report from the Hamilton commission, a picture of Scuderia Ferrari at the 2020 Tuscan Grand Prix caused a case online for the lack of diversity in the Italian team. What are the deep reasons behind the problem and how can it be solved?

First two disclaimers: the picture only represents a part of the Ferrari personnel and hence isn’t fully representative. Secondly, the lack of diversity is a complex matter and, as much as this explanation will try to be clear and easy, there is no easy fix to a complicated problem.

Ferrari has always been very mindful in promoting change in the industry and how it works, for example, it has recently been awarded the Equal Salary Certificate for providing equal pay to men and women and has obtained 3 stars in the FIA Environmental Programme. Furthermore, Ferrari states to include 57 different nationalities in its personnel.  How comes then that it seems to have such a low diversity in the F1 team?

Ferrari only has one single industry in Maranello, Italy. That is where every car is produced and where the F1 team has its headquarter. As much as being fluent in Italian isn’t required to work for Ferrari, we can read in their job announcements that “a good level of Italian is an advantage for the best local integration”.

Because it is easier to find someone willing to move to Maranello for work and that speaks Italian at a good level, it’s easier to find Italians working for the Scuderia and this is where the question becomes more complicated.

The problem becomes more complicated as we consider that to be hired in highly technical roles, such as for Ferrari, a high level of education (i.e. a degree) is required. Italy doesn’t actually have a high number of people with a university degree, considering only 18% (around 11 million) of the Italian adults are graduated from university, and of these only, the 25% (around 3 million) have a degree in a technical-scientific field.

The situation becomes more critical when considering the fact that worldwide the gap between the number of white people and people of color having access to a higher level of education is still pretty significant and Italy isn’t any different in this regard. According to the Italian National Institute of Statistics, 36,5% of ethnically diverse people abandon studies against 11,3% of the ethnically homogeneous population.

Furthermore, going back to Ferrari, it’s necessary to notice that, although the Ramping Horse is the most famous brand in the world, it is still quite a small industry compared to other manufacturers. In fact, Ferrari “only” has 4556 employees globally whereas for example Mercedes has173,000 employees. Considering the F1 team, only around 700 people work directly for the Scuderia, and 80 travel to races, hence why the picture is not representative, presenting only 1,8% of the red personnel.

Did Hamilton save Bottas?

The most important question now is how can this be fixed?

Ferrari, as influential as it is, still can’t fix alone a national problem but it can incentivize and help remove the barrier and it’s where the Hamilton Commission’s work becomes important. 3 Formula 1 Engineering Scholarships at the MUNER – The Motorvehicle University of Emilia-Romagna, Italy will be made available by the Commission and Ferrari, as well as the other nine teams, have committed to providing work experience to the recipients.

Still, the process won’t be either easy or quick but it’s the symbol of a change for the better.