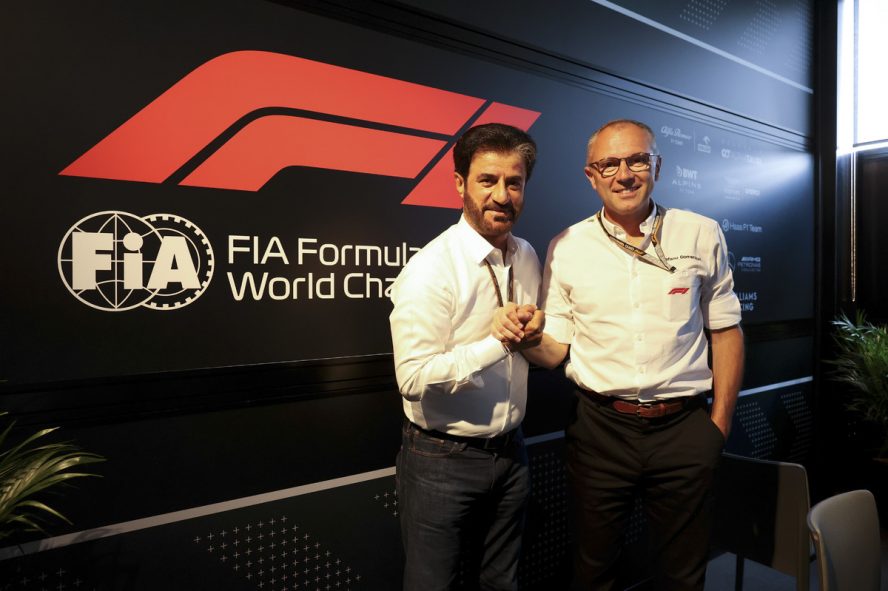 The FIA made many necessary critical changes throughout the 2022 F1 season. Now that the racing year is said and done, we reflect on those decisions, and the impact they have had.

Jean Todt served as President of the FIA since 2009, with his last term finishing at the conclusion of 2021. Mohammed Ben Sulayem was appointed as Todt’s successor after being elected FIA Vice-President in 2008, working alongside Todt. This pivotal move within the FIA would shape the future of motorsport and mobility safety.

Ben Sulayem has quickly engaged all stakeholders to drive forward change. However, some of the decisions early in his tenure have not garnered widespread support within the F1 paddock.

The departure of Michael Masi

One of the first agenda items for Ben Sulayem: should Michael Masi stay or go? An internal investigation revealed it was in the best interest of the FIA to request Masi to resign, thus changing the leading figure in F1 race direction.

Initially, the wider motorsport agreed with the decision, following the controversy and chaos of Abu Dhabi 2021. However, the Italian Grand Prix altered perceptions, which will be addressed later.

At the time of the announcement of Masi’s departure, many did not know who would be the next Formula One Race Director as there was no clear frontrunner for the position.

In a surprising twist to the tale, The FIA appointed two race directors. Logistically, how would this work? Unclear for the teams and drivers as to the nature of the arrangement, this working relationship needed to perform to a high level, and quickly, to avoid scrutiny for the unusual approach.

The two chosen options at the helm of race direction? Niels Wittich and Eduardo Freitas.

With neither race director experienced in Formula One, and with public criticism over the handling of the 2021 Abu Dhabi Grand Prix still high, the FIA developed a support network for race control. The remote operations centre in Geneva, Switzerland was built, providing a dedicated team to support the race directors.

Looking back, Masi – who was performing the role on his own – certainly could have benefited from this concept. But without the debacle of what turned out to be his final race, the idea would never have been born. At least not under the unfortunate circumstances that it was…

The long-awaited power unit regulations for 2026 came next. Audi eagerly joined the supply pool, but Porsche critically made a last-minute about-face, ultimately deciding against teaming up with Red Bull Racing.

From the outside, it had looked to be a done deal. Both parties ended up opting against the move, in what turned out to be a vague and opaque situation, with Honda seemingly re-engaging yet again.

Although one is better than none, surely a sole new engine manufacturer was not the intended outcome of the regulation changes? Time will tell if others enter the fray.

We all remember what happened and we did not want a repeat. However, a race finishing under a safety car is also not what we had envisioned.

The Italian Grand Prix was set to finish under exhilarating conditions with Charles Leclerc chasing Max Verstappen in the late stages of the race. Daniel Ricciardo’s McLaren had other plans. A retirement in a dangerous position for green flag conditions produced a safety car.

With officials fighting against a decreasing number of laps remaining whilst safely removing the vehicle, racing would not resume. Crowds in Monza were understandably disappointed by the anti-climatic finish.

Ferrari fans, hoping to see Ferrari win at the team’s home race were heard expressing their opinions loudly. However, the public was also critical of the decision in Abu Dhabi, and unfortunately, you cannot have it both ways.

2022 endured some serious on-track incidents. Red flags are a last resort, but necessary to neutralise sessions when safety is paramount. Suzuka stands out as the top point of discussion here. Deteriorating weather conditions and a perceived lack of clear decision-making from race control led to drivers initiating their own advocacy for safety. Publicly.

Glad to go home safe tonight. For the respect of Jules, all his family and for our safety and the one of the marshals, there should never be any tractor nor marshals on track in such conditions with such poor visibility. Period.

This generated yet another internal review of how Formula One race directors conduct decision-making. Surely, with a change at the beginning of the season, another wouldn’t occur. At least not until the post-season?

Following the short internal review time, the FIA enlisted another critical change. Eduardo Freitas was dropped from the rotation in completing his duties as a race director in Formula One. This left Niels Wittich to see out the 2022 season with the assistance of the race control at the host circuit and the remote operations centre.

By Morgan Holiday13 hours ago

Collectively, the drivers agreed that this decision would enhance the racing product through consistent outcomes on and off track.

This is two-fold. An additional three sprint races along with the biggest season yet announced. Are sprint races yet to be widely accepted?

It’s unclear which events in 2023 will host a sprint race as only some have been determined. However, there are still many unconvinced with the relatively new format. Tradition is hard to remove in a sport like Formula One.

With the F1 growing into previously untapped markets, 2023 is set to host 24 events. New locations such as Las Vegas have been added alongside old favourites including Monaco and Spa. But how many are too many?

This could be determined next year with many teams exploring the option of rotating their staff due to the workload and impact of travelling.

Imposing strict financial regulations was a critical change for the 2021 Formula One season. Teams must partake in a lengthy due diligence process with the FIA to ensure the cost cap era is fair to all. Unfortunately, Red Bull Racing and Aston Martin were found guilty of breaching these new regulations.

The general public heard of these potential breaches before an announcement from the FIA. Who leaked the information? That remains unclear. What is clear, is that both teams have been handed penalties

With it unclear as to where the information leak came from, a process improvement may be warranted to better control the narrative, should subsequent cost cap breaches occur. Which you can almost guarantee will happen.

The past two years have proven to the FIA that the calibre of race director required to succeed is extremely high. A rigorous amount of time, energy and resources is necessary for an individual to be appointed at an international level of competition. Enter the Emerging Leaders Programme.

Designed in conjunction with their existing Steward Development Programme, this extension will incorporate a race director stream. Currently, it is not publicly known how individuals will be chosen for the programme.

An expansion into delivering direct training to potential candidates for the role of Formula One race director, or other FIA categories, will ensure the FIA has a pipeline for the future success of its remote operations centre and race control functions.

Ben Sulayem will not have a quiet off-season. The FIA is still undergoing major internal change with the appointment of a CEO, a resignation from their legal director and planning for the future of Ben Sulayem’s presidential term.