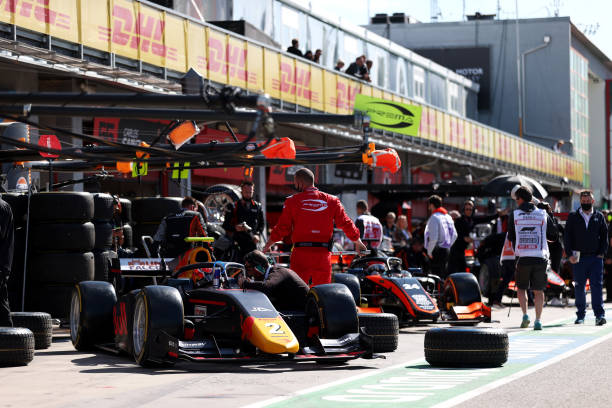 What are the major differences between F2 and F3?

2 of the most prestigious categories.

Formula 2 and Formula 3 are the two feeder series into Formula 1. They are two of the most competitive feeder series in motorsport, but there are clear differences between the two.

As we know, racing in Formulas is incredibly competitive and very expensive in terms of getting a seat with a team. Formula 2 and Formula 3 are no exceptions to this. Some of the racing in these series is extremely tight with such a talented crop of drivers on either grid.

However, if you don’t follow the two series, it can be quite confusing as to what the differences between the two are. It can get more difficult to understand when Formula 1 is added to the mix and that too is very different.

The racing formats and schedules of a race weekend are a couple of differences between the two. The cars used and the number of drivers on the grid also differ between categories.

Formula 3 is one of the lower echelons of Formula Racing. It is the championship drivers compete in before moving up to Formula 2 and eventually Formula 1.

One of the main differences between F3 and F2 is that the former has a much larger number of drivers. F3 has 10 teams but instead of having just two drivers per team, there are three.

The racing format over a race weekend changed in structure for this season, as it returned to the old format of only one Sprint Race in each round.

For the Sprint Race, the top 12 drivers are in a reversed grid based on Friday’s Qualifying results.

The cars weigh around 550 kg with the driver and include a bespoke six-gear longitudinal gearbox.

The engine is a six-cylinder 3.4-litre Bespoke Mecachrome engine. It can reach 380 horsepower at 8000 rpm.

The tyres for F3 are supplied by Pirelli with three specific compounds, similar to F1.

The driver who takes pole position by setting the fastest lap in Qualifying receives two points.

In the Sprint Race and the Feature Race, the top 10 drivers score points, however the amounts differ. The driver who achieves the fastest lap in each race will also receive one point.

For the races, the points decrease as you go down the field. The winner of the Sprint gets 10 points, the second gets nine, the third gets eight and so on.

For the Feature Race, the drivers are awarded the same as F1 with the winner getting 25 points.

Formula 2 is even more competitive than Formula 3 as this is the final stepping stone into Formula 1.

The format of a race weekend is similar to that of Formula 3.

The grid for the Sprint Race is determined by the Qualifying results with the top 10 being reversed.

By James Phillips9 hours ago

The cars in F2 are much faster and more powerful than F3.

It weighs 755kg with the driver. The engine is a V6 3.4-litre single turbocharged Mecachrome engine.

It can reach 620 horsepower at 8750 rpm. The maximum speed of F2 cars is 335km/h – which is based on the Monza aero configuration and DRS.

The points allocation for F2 is the same as F3.

The driver on pole receives two points. In each race, the driver with the fastest lap time will be awarded one point, if they finish in the top 10.

For the Sprint Race and Feature Race, they are as follows:

All points a driver receives throughout the series determine where they place in the Drivers’ Championship. For teams, it is a sum of all their drivers’ points from the series. The drivers experience intense and high expensive battles with each other, but if they are part of it is because they have great skills and abilities to be one of the 20 best drivers we can see that season.