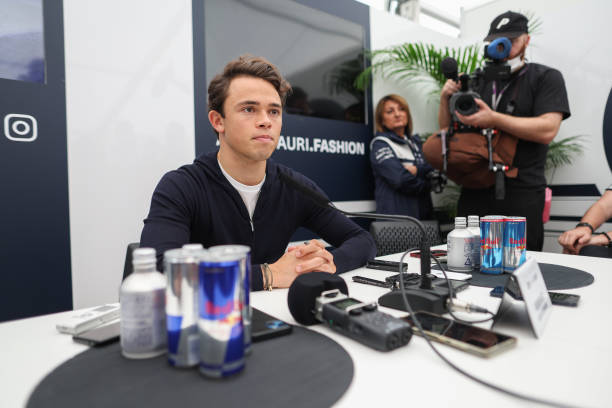 What AlphaTauri’s most recent signing means for Red Bull juniors

The AlphaTauri team is a sister team to Red Bull and has long been the place where they send their junior drivers to get them up to speed.

But Nyck de Vries doesn’t have any Red Bull affiliations, his Formula 1 connections actually lie with Mercedes. That makes him the first AlphaTauri (or Torro Rosso as the team was previously known) driver to not be hand-picked from their junior team.

It’s not like AlphaTauri didn’t have their share of Red Bull juniors to pick from, there are four of them racing in Formula 2 alone this season.

So why are Red Bull abandoning their academy drivers now, and what does this signing mean for the drivers who were also in line for Gasly’s seat?

The highest-placed Red Bull junior in the current Formula 2 standings is Jehan Daruvala, who is only in fifth place. The Indian driver is in his third season of the category, and racing with the historically most dominant team, PREMA Racing.

It’s not been the year Daruvala probably expected, and the same goes for his PREMA teammate and fellow Red Bull junior Dennis Hauger. Hauger is a rookie, and is 11th in the standings with one round to go.

The other Red Bull Formula 2 rookie is Ayumu Iwasa, who has shown brilliant pace with the DAMS team, but some costly errors put him ninth overall. The final Red Bull junior is second-year Formula 2 driver Liam Lawson, who is in seventh place. Lawson is the current test and reserve driver for AlphaTauri and Red Bull.

So Red Bull has four F1 academy drivers, two rookies and two experienced, all outside the top five in the Formula 2 standings. Formula 2 is a series that involves a lot of luck, but it’s safe to say that Red Bull advisor Helmut Marko and the rest of the team were most likely expecting more from them. Even with a sister team like AlphaTauri that gives drivers more time to develop, they’re still picky about who they sign (and rightfully so).

The future of the Red Bull junior drivers

AlphaTauri signing Nyck de Vries, the first non-Red Bull affiliated driver, to their team, has significant implications for the other junior drivers. Daruvala and Lawson, who had their best shot at getting to Formula 1 this season, will be sidelined into reserve driver roles or dropped altogether. Iwasa and Hauger, both expected to do another season in Formula 2, will be desperately hoping to take the title. But if de Vries performs and if AlphaTauri is happy to keep Tsunoda, they’ll be put on the sidelines as well.

Signing de Vries sends a clear message to the Red Bull junior drivers: if they don’t perform, they’ll be replaced. For the first time in the team’s history, AlphaTauri has proven that they’re willing to look outside their own talent pool if they aren’t happy with what they have.

The pressure will be on the up-and-coming Red Bull juniors now more than ever, as their fight for a Formula 1 seat has just gotten more challenging.