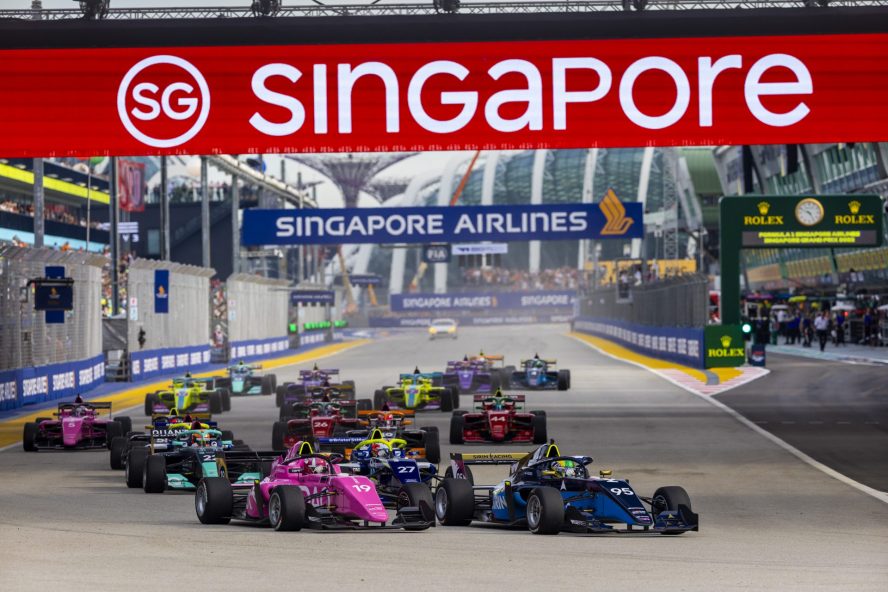 W Series: what is next?

The 2022 W Series Championship is officially over. During the week, it was confirmed that the series won’t go ahead to conclude its season in the United States and Mexico. The question then comes naturally: after such a stall, what comes next for the survival of the Championship?

Recently during the week, W Series CEO Catherine Bond Muir announced the Championship wouldn’t go on to the remaining three races planned on the 2022 calendar. The decision, already rumoured ahead of the racing weekend in Singapore, was caused by financial difficulties.

Bond Muir confirmed: “We have worked hard to raise the required funding to enable us to finish the season. Unfortunately, it was not possible to do this in the short time frame required following the failure of contracted funds to arrive and the global economic downturn.”

Despite the ending of the 2022 season, hopes remain for 2023: “However, while we are all incredibly disappointed that this decision has had to be made in the short term, we remain positive about the future of W Series in the long term. It is well-documented that women’s sports receive far less funding than its male counterparts, and W Series is no exception. We are incredibly thankful for the help and support we have received in recent weeks following the news of the financial difficulties we’ve been facing, which has accelerated our fundraising process and given us great optimism as we look to 2023 and beyond.”

The optimism regarding the comeback of the W Series is certainly a positive. The Series deserves to be watched not only because of the noble cause, but because the racing is good. While Chadwick’s dominance is set to end in 2023 as the Brit is set to proceed in her career, the question mark is left on who will take the crown with a challenge arising between upcoming youngsters like Abbi Pulling and more experienced drivers. Moreover, considering the young age of the series, the level keeps getting better, meaning each season provides better racing than the one before.

An important asset to the series is also that, despite the disappointing end of the season, W Series continues to gain popularity amongst fans. As a matter of fact, the Championship suffered in the past due to uncertainty regarding its broadcasting which affected the audience. However, the recent passage to more mainstream platforms saw the Series gain traction proved by the one million UK tv audience for the Silverstone weekend. The growth of a specific audience does require time as fans grow to understand the series’ dynamics and choose who to sympathize with. In this light, 2023 has everything to be an even bigger year for W Series.

More than just a show

W Series’ own doing is not enough yet. Not because the Series is not good enough, but because it is a bigger project that looks at a long-term goal of not needing to exist anymore. When the motorsport world only looks at an all-female series as a way of having representation and diversity as a way to tick another box, the existence of the Championship risks becoming counterproductive.

On the other side, if anything, the cancellation of the remaining of the 2022 season serves as a wake-up call to the sport. Women continue to be excluded and underestimated in motorsport, even under the shining lights. To solve the problem, motorsport must realize the issue effectively exists.

The solution is to look at W Series in its deepest meaning: women should be offered the same support and opportunities as men. The consequence is then a responsibility act from all levels of motorsport to ensure the sustainability of women in motorsport by merit. Testing days, publicity, and serious discussions will eventually lead to equality for the next generation of drivers, who still need W Series to break the ice for them.