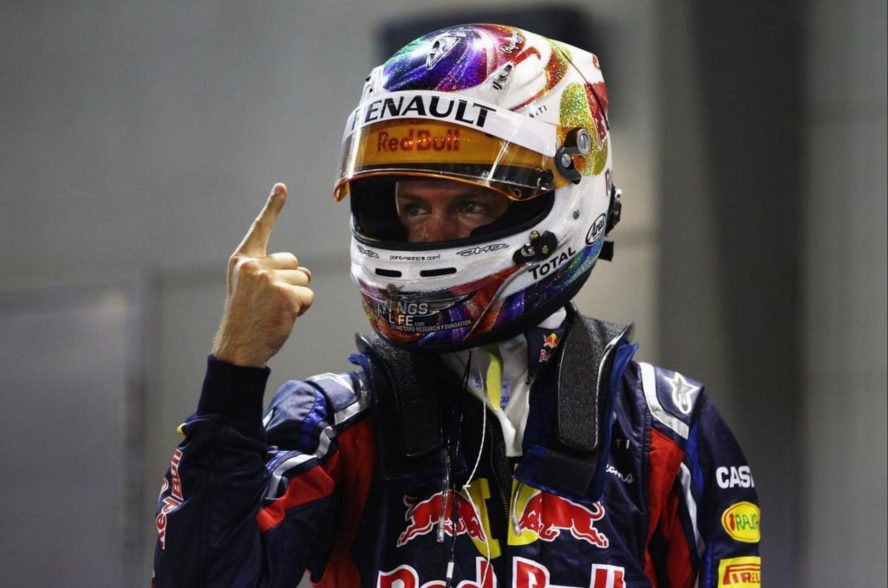 Singapore returns to the calendar this weekend, and for a 2022 retiree, it's a track with some good memories

As we head into the 17th round of the season for the Singapore Grand Prix, there’s one particular race at Marina Bay that stands out for Sebastian Vettel, who’s retiring at the end of 2022.

On the Saturday of Qualifying, Vettel put on what had to be one of Formula One’s finest displays of qualifying brilliance. The German set an opening lap time of 1:42.841 before heading back to the pits.

The surprising thing about this was that instead of going on a second run, Vettel decided to get out of the car and head over to talk to his engineers. During the final runs, others such as Nico Rosberg (Mercedes), Mark Webber (Vettel’s teammate) and Romain Grosjean (Lotus), all got close to Vettel’s time.

However, it wasn’t enough as Vettel took his 41st pole in just his 115th race. He took pole by less than a tenth but his dominance that weekend didn’t end there.

When the lights went out, it was Rosberg who had the better start. But Vettel managed to maintain the lead into Turn 1. Fernando Alonso moved up to third from seventh, and then it was a battle for second as by lap four, Vettel had already pulled five seconds ahead of Rosberg.

On lap 11, the pitstops started with Kimi Räikkönen, who was the first to come in. Paul di Resta remained out for another 10 laps, allowing Alonso, Webber, Grosjean and Rosberg to close in. The Spaniard then unfortunately lost a lot of time to the others behind as he got stuck behind di Resta, due to the tricky nature of the Singapore circuit.

Daniel Ricciardo, who was Vettel’s teammate in 2014, crashed on lap 23. This inevitably brought out the Safety Car and thus, Vettel’s gap was diminished. The Safety Car came in and Vettel had a good restart, pulling two seconds a lap on anyone else each lap. Fortunately for the German, he didn’t need to pit again.

A second retirement occurred as Grosjean suffered pneumatic issues on lap 37. Webber also retired from the race after a dramatic fire on the last lap due to a water leak. He was classified in 15th for the final race result.

That weekend in Singapore, Vettel took his 34th victory and his third grand slam of his career (pole position, fastest lap, every lap led and a race win). In terms of the championship, he pulled an even bigger advantage, eventually winning by an incredible 155 points.

Max Verstappen is leading the 2022 Championship ahead of Charles Leclerc. The Dutchman could defend his title as world champion this weekend in Singapore but the question is will he get enough points to be crowned champion?