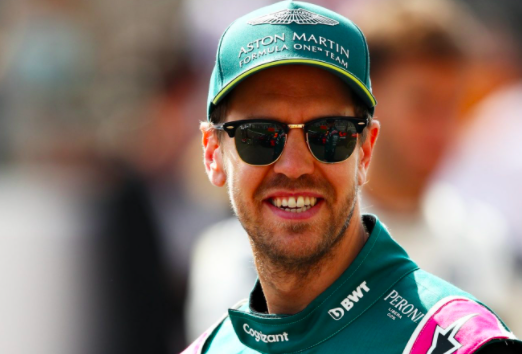 Vettel vented about his thoughts as the next season’s provisional calendar will be revealed soon.

There’s anticipation for a 23-race schedule yet concerns were raised regarding Formula 1 personnel.

Sebastian said, “We mustn’t neglect that we are a group of people and human beings travelling around the world. You can do the numbers. If we have 52 weekends in a year, we do 23 of those as races and [there are] a couple of months in a year that we can’t hold races in most places around the world, it obviously gives you a very intense season.”

Vettel recognised that it’s essential to run the season in a sustainable manner while including the human element. There are many people involved front-facing and behind the scenes during race weekends.

The four-time world champion highlighted the importance to allow those people to have a normal work-life balance.

“Most of them, whether it’s engineers or mechanics, staff working in the team, they have a family or children that they want to look after. So, we must be very careful where we want to put our interests.“

Vettel noted how the sport should keep all people involved at the centre of decisions made for the upcoming season.

The Aston Martin driver received support from Daniel Ricciardo for this sentiment. The Honey Badger stated how it’s crucial for teams to stay close together to maintain morale and spirit.

It’s really important for the team to have close relationships with other members of the team. [We’re] away from families for long periods of time, especially the triple headers, so you need to kind of rely on your teammates to help you out if you’re a little a little down or missing home or whatever it is.”

The McLaren driver expressed his hopes for the world opening up and more team interactions on and off the track.

Ricciardo revealed, “I really hope next year the world keeps opening up and we can interact more with the team. It’s not just at the track, but [we want to] do some events, do some dinners and I think having that social life outside of the paddock on a race weekend helps break up the weekend as well. I think that’s kind of important time to switch off and just ease some of the stresses of the travel and the homesickness or whatever it is.”

Anyone who travels for business or even leisure can understand the type of toll it can take on an individual in the long run.