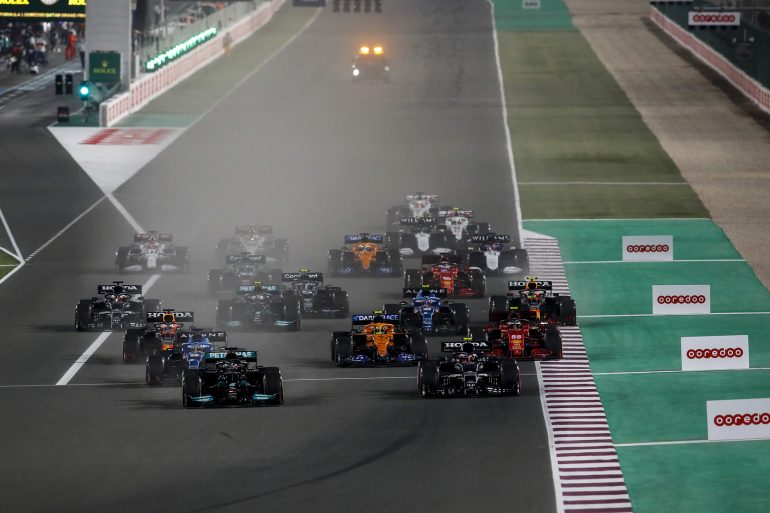 Up and Downs: who had a successful debut in Qatar?

The first-ever Qatar Grand Prix can be considered a success. Overall, the race provided more entertainment than expected and the drivers proved to love the Losail track. However, who had a blast in Qatar, and who comes home from the tripleheader worse than it started?

The end of the season is providing more difficulty than expected for Williams. There is no doubt Grove started the season on a good pace, often conquering points. However, the British team is having too many troubles in closing the season how it should. George Russell only came home 17th with Mick Schumacher’s Haas in front and Nicholas Latifi was forced to retire the car. Lost.

The Canadian driver is too often forgotten in the midfield, struggling with a car that isn’t up to level and in the comparison with teammate Sebastian Vettel. However, Qatar saw Lance Stroll conclude some good overtakes and even conquer his best result in 2021 so far. Confident.

Faenza keeps having the same problem over and over again: during the practice sessions, it looks like AlphaTauri might be up for something great, then on Sunday everything goes badly and they lose all the pace previously shown. On Saturday, a mega Gasly and Tsunoda qualified 4th and 8th. On Sunday, the pace was simply gone and both drivers finished pointless in 11th and 13th. Sinking.

The Qatar Grand Prix can be considered neither a good nor bad race for Maranello. In the fight for third in the Constructors’ being out-qualified by Alpine and AlphaTauri is unacceptable. Yet, considering the lack of pace, the race played somehow in favor of the Ramping Horse, which is now comfortably ahead of McLaren in the Standings. However, the unsung heroes of the weekend were the mechanics who were able to successfully repair Charles Leclerc’s damaged chassis for the race. Saved by the bell.

The tripleheader was a true nightmare for Woking. Only four points in three races and Daniel Ricciardo pointless in Mexico, Brazil, and Qatar. The papayas seemed to disappear from the gird and luck isn’t helping with Lando Norris suffering a puncture at the end of the race and only finishing 9th. The repeat of the third place in the Constructors’ Championship seems difficult, especially considering the consistency shown by both Ferrari drivers. Looking for a sparkle.

The French team showed in 2021 of being able to conquer great results. Fernando Alonso admitted the car was a pleasure to drive and the results were obvious with a maybe even unhoped podium. Esteban Ocon’s performance adds up to a brilliant weekend for Alpine. The signs for potential success in 2022 are smiling towards the Frenchmen. Surprise.

It’s easy to affirm Qatar wasn’t Verstappen’s best weekend of the season. The (right) penalty taken was quite simply the biggest mistake committed by the Dutchman so far in the Championship: there was no need to risk a (right) penalty and the similarities with Mexico 2019 made the whole accident evitable. On the other side, Verstappen takes the matter into his own hands and is already second after 3 laps after a mega start. The concrete possibility to win isn’t present but he still tries to invent something and snatches an added point for the fastest lap. With Hamilton seemingly unbeatable, the focus must remain as high as ever to have a chance. Powerless.

In an essential weekend for the Championship, Lewis wins in the old Hamilton way by dominating the field and perfectly managing tyres and gaps. After the United States and Mexican Grands Prix, anyone else would’ve lost faith. Yet, Hamilton brings out the class of a 7-times World Champion and is now the favorite for the title. The King is back.