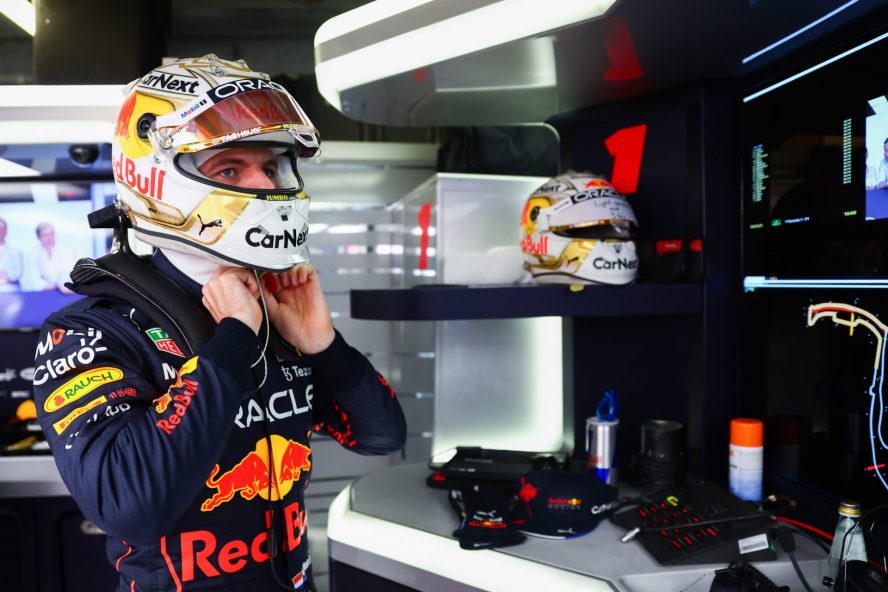 Max Verstappen during qualifying ahead of the F1 Grand Prix of Monaco at Circuit de Monaco on May 28, 2022 in Monte-Carlo, Monaco. (Photo by Mark Thompson/Getty Images)

Under the radar: will Verstappen’s struggles in Monaco affect Baku?

Max Verstappen’s performance in Monaco wasn’t up to the usual expectations. Whilst the Dutchman still secured important points in the Championship, did the race provide warning bells for more difficulties in the Red Bull garage in Baku?

Reigning World Champion Max Verstappen has quickly got fans used to seeing him at the front. As a matter of fact, during the whole 2021 season, the Dutchman conquered podium places in every race he finished. The only exception being the Hungarian Grand Prix, where he drove a heavily-damaged RB16B to P9, following contact during the first lap.

Even more impressive was his streak of always either winning or finishing as runner-up. Before Monaco, his last P3 was the 2020 Portuguese Grand Prix. Monaco saw another impressive streak end. After finishing behind his teammate Sergio Perez and Ferrari driver Carlos Sainz Jr, his run of winning every race he finished this season ended.

While the above-mentioned facts may seem irrelevant, Ferrari’s disastrous performance on Sunday, and Sergio Perez’s redemption, left Max Verstappen surprisingly under the radar during the Monegasque weekend. This possibly meant some of his difficulties went unnoticed.

Part of Verstappen’s impressive performances in Formula 1 has been reliant on always extracting the maximum out of the car. However, it was something the Dutchman seemed to struggle with in Monaco. Unusually for him, his teammate was faster than him in all sessions.

As reported by Sky Sports F1, Verstappen simply wasn’t able to perfect the set-up of the car:

“I didn’t have a great feeling in the car initially but it’s also still a new car and very different to set up than the old cars. I like a lot of front grip, which I don’t really have at the moment – well, sometimes, and around here front grip is very important. But I think we recovered well and you have to accept sometimes when it is not your weekend.”

Ultimately, whilst the Red Bull driver wasn’t up to his usual performance, Ferrari’s disastrous calls allowed him to gain points. Regardless of a sub-par weekend, his lead in the standings has now widened to nine points on Charles Leclerc.

Yet, more interesting can be looking at the 2021 Azerbaijan Grand Prix. That trend shows that the form in Monaco was reproduced in Baku. Last year, Ferrari’s surprising pace had snatched pole again and Lewis Hamilton, who struggled in Monaco, finishing only P7, never showed competitive pace in Baku either.

However, in favour of Verstappen will be the long straight in Baku. Red Bull has an advantage over Ferrari in straight-line speed. Moreover, the Dutchman will be hungrier than ever. Between Monaco’s disappointment and his eagerness to get back after last year’s disaster in Baku, when he had to retire following a shock puncture.

Nevertheless, Baku is knowingly full of surprises. So, an eye must be kept on Verstappen to see whether his struggles in Monaco will be promptly fixed. If they can be, he’ll be well-positioned to continue taking the fight to Ferrari and Charles Leclerc.