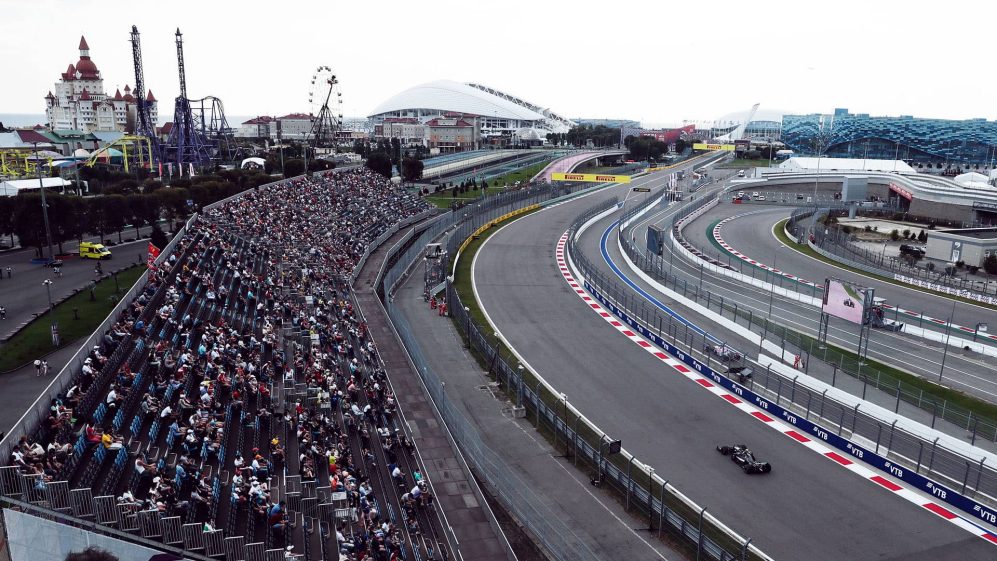 Next week, Formula 1 will stage its penultimate race in Sochi before moving to Saint Petersburg in 2023.

Sochi has been a track that has failed to capture the imagination of fans since its debut in 2014.

The track – which is built on the grounds of the 2014 Winter Olympics park – has been dominated by Mercedes, with the German constructor winning every race staged there so far.

Designed by contentious architect Herman Tilke, the circuit runs nearby the arenas used for the games and features a stunning backdrop on the Black Sea – but why is it so unpopular?

The issue with Sochi is that it’s a track that lacks imagination. While the surroundings are beautiful, the circuit itself is rather dull.

It does feature some inspiring sections, including two long straights which provide good overtaking opportunities and the fast, everlasting Turn Four which has been compared to Istanbul’s well-loved Turn Eight.

But here’s where the positives seem to end.

For the most part, the track is a never-ending series of 90 degree corners – there’s just nothing to get excited about.

For the modern era of cars, this means battles come at a premium.

The constant medium speed turns make it almost impossible for drivers to follow each other due to aerodynamic disturbances caused by other cars.

For a semi-permanent circuit, it also lacks any real jeopardy.

The abundance of run off areas mean that mistakes are rarely punished compared to other tracks of a similar nature including Australia’s Albert Park and Canada’s Circuit Gilles Villeneuve.

The issue with Sochi, like other recent Tilke designs, is that it appears the spectacle has been prioritised over the racing.

The track is built around existing infrastructure and designed to look attractive, but all of this has come at the expense of on-track excitement.

Almost all of the key venues in the park are all close to the edge of the track, but to achieve this, it’s had to take on a street-circuit feel with constant 90-degree bends.

But unlike the likes of Monaco and Singapore, the wealth of run off means that mistakes are never punished sufficiently.

So what legacy will Sochi leave on F1?

Most fans believe that the sport’s exploration of the city was solely based on money.

Russia’s first ever Grand Prix was held on a rather drab venue where the racing wasn’t the most important aspect of the design; the only people who will be sad to see it drop off the calendar are likely to be Mercedes.

But tracks which often provide dull races such as France’s Circuit Paul Ricard have provided entertainment this year.

Plus, Sochi will have one shot with the new generation of cars next year, which should also allow for better racing.

So far, the Russian Grand Prix has been a weekend that is difficult to get excited about – but there’s still potential with two races left at the circuit to improve its legacy.