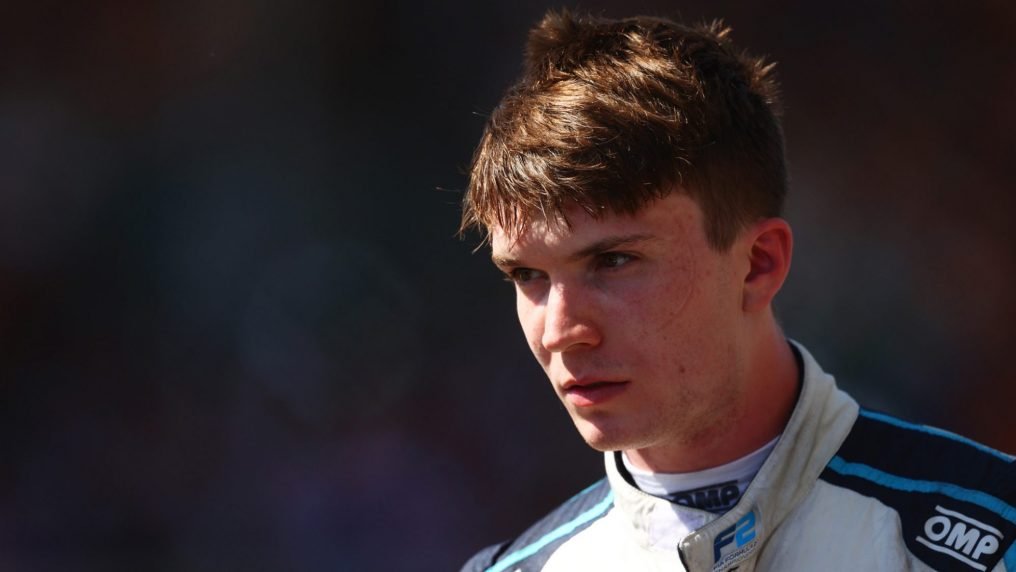 This isn’t the year to be an F2 driver

Every year since the junior category was reinstated back in 2018, at least one driver has advanced up to F1.

Some of the sport’s best young talents all honed their craft in F2 including former winners of the series Charles Leclerc, George Russell and Mick Schumacher.

But this year’s challengers find themselves with very difficult routes into F1 next season – and there may not even be the option.

In 2022, there are only three realistic teams that rookies could join: Alfa Romeo, Williams and Alpha Tauri.

Despite only Alpine, Haas, Ferrari and McLaren confirming their driver pairings, it’s nearly impossible we’ll be seeing a rookie at Mercedes or Red Bull – plus Lance Stroll will almost certainly be driving an Aston Martin alongside the contracted Sebastian Vettel next year (his dad does own the team!).

Alfa currently has the very experienced Kimi Raikkonen who is now 41-years-old, but performances haven’t quite been on par from his younger days recently.

His teammate is Ferrari adcademy driver Antonio Gionvinazzi, currently in his third year with the team – and Ferrari has every say in whether he stays or not.

The Scuderia control one of the Alfa Romeo seats, which is currently occupied by Giovinazzi, but if the Italian was to be given the boot, the likely replacement would be Callum Illot – a man currently not in F2.

Illot was last season’s runner up and rumours had been linking him with a seat at either Haas or Alfa Romeo, but both options failed to materialise and he is now the reserve driver for the Swiss team – and has even featured behind the wheel in a few practice sessions this year.

If Giovinnazi is moved on, it’s unlikely any Ferrari junior drivers in F2 including Marcus Armstrong and Robert Shwartzman will be allocated the role with Illot currently first in line.

That only leaves the seat currently occupied by Raikkonen.

There is an outside possibility that Alfa Romeo put a rookie in at the deep end, however, with a major regulation change next season, that may be a risk too far – especially if Illot is brought in.

That opens the door potentially for drivers with F1 experience including Nico Hulkenberg, or even Valtteri Bottas, who might find himself without a drive if George Russell replaces him at Mercedes.

Again, it’s difficult to see where an F2 recruit fits in at Alfa Romeo with so many other options for the team to choose from.

Then there’s Williams, and the situation is similar.

Like Illot, a driver who has departed F2 is ahead of those currently racing in the series: Nyck de Vries.

The Dutchman won the junior category in 2019 and is now a Formula E champion – with a CV that impressive, it’s hard to look past him for a Williams role.

The other seat looks like it will either be taken by Bottas or Russell.

The pair are currently waiting to see who Mercedes will choose to partner Lewis Hamilton next season, with the losers prize being a seat at Williams.

If Russell isn’t called up, then it’s certain he will stay at Williams, especially with such limited options elsewhere.

If Bottas isn’t favoured, then a return to Williams – where he started his F1 career – is likely the best option for both parties; The team get an experienced driver who has won nine races since leaving and  is still full of raw pace.

Bottas gets to return to familiar surroundings and is able to continue using the Mercedes power unit he has become accustomed to – needless to say, he also gets to remain in F1.

Another option for the Grove team is to keep hold of current driver Nicholas Latifi, adding another name to the list of Williams options, and decreasing the chance of any F2 driver featuring next season.

Williams junior driver Roy Nissany, who has featured in practice sessions this season, is an option.

However, Williams has recently confirmed they no longer need pay drivers, making it very unlikely the Israeli will feature permanently next season.

At Alpha Tauri, only one seat is realistically up for grabs with Pierre Gasly currently enjoying a stellar year with the team.

Rookie Yuki Tsunoda has struggled, however, and there have been rumours that Red Bull’s driver development programme head Helmut Marko is unhappy with the Japanese drivers’ performances this season.

If Alpha Tauri were to look for some new talent, F2’s Liam Lawson and Juri Vips could be in with a shot at the seat.

Ex-Red Bull driver Alexander Albon is also an option, especially as he is still working as a test driver for the team – making him a strong candidate for any vacancies at Alpha Tauri.

Then again, the Faenza team may just decide to give Tsunoda more time and that will certainly shut any possibilities of rookies breaking through from F2.

The series’ two best performers so far this season, Oscar Piastri and Gunayu Zhou, are both Alpine reserve drivers.

Despite their impressive form, the French team have already locked in Esteban Ocon and Fernando Alonso for next year, meaning the youngsters might have to wait just that bit longer.

For the first in modern F2 history, it looks like no one will be making it into F1 next year.