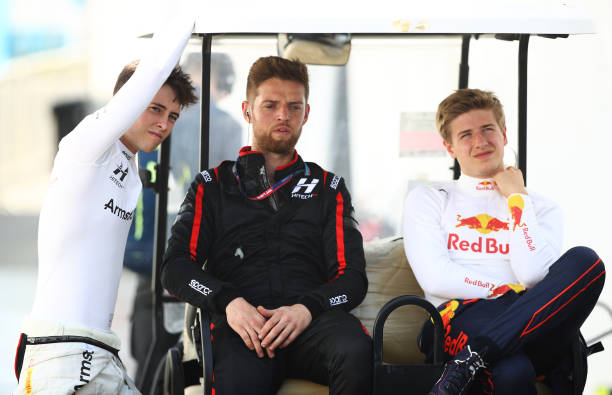 Things are looking up for Hitech Grand Prix in F2

The team is finally starting to see results

Hitech Grand Prix has had a turbulent season, to say the least, but their fortunes turned in Austria.

After a spate of races characterised by driver errors, a strong sprint race in Spielberg was welcomed by the team.

Previous rounds have been less than fulfilling for Hitech, most notably the races in Azerbaijan. Contact between Marcus Armstrong and Juri Vips ruined what could have been a magnificent points haul.

The team know that they have the pace and talent required to succeed. But unfortunately, things have simply not gone in their favour in 2022.

Team Principal Oliver Oakes said: “I think everyone saw Baku was a bit of a wounder to throw away a one-two like that. Then, obviously, we went into Silverstone with sort of high expectations, and it wasn’t that it was a bad weekend, it was just a bit uneventful.”

Drivers Marcus Armstrong and Juri Vips are currently separated by two points in the standings.  However, they are still over 85 points adrift of championship leader Felipe Drugovich.

“It’s nice, since the moment we got here, we’ve sort of been strong,” admitted Oakes. “In typical F2 fashion, even if you are strong in qualifying, it doesn’t always convert.

“I think Marcus [Armstrong] did a textbook job, he controlled the race – good start, very calm, managed the gap to Théo Pourchaire. He’s not an easy one to have breathing down you in your DRS for 30-odd laps. I think that was really good for Marcus, especially for his confidence to handle all of that.”

For Vips, Saturday’s Sprint Race saw him cross the line in fifth. This was the first top-five finish in a sprint for both cars since Monaco.

“For Juri [Vips], I just said to him that was one of his best races actually,” Oakes said. “To start where he did in ninth and get a great opening lap, placing the car well, being smart in terms of when to overtake and I think he did a really good job to get back to fifth.

“It was quite boring in the sense there was a big gap to Felipe Drugovich by then, but I think he did well. It’s nice to see him putting it all together. He’s been through a difficult time. It’s obviously self-inflicted, but he needs to start proving himself now.”

The Estonian racer’s strong drive followed controversy around his use of a racial slur, which saw him lose the privilege of being Red Bull’s test and reserve driver.

The Austrian feature race was underwhelming for Hitech as both drivers used wet tyres. This soon became the incorrect call. Vips finished in eighth place whilst Armstrong retired from the race.

Oliver Oakes has acknowledged that the team has little chance of victory in Formula 2 this year.

“I think all of that went out the window a little bit when, without being harsh to them, the drivers were making a few mistakes for three/four races on the trot. Baku was obviously a big one, Juri spun out in Imola and Barcelona. I’d say Felipe Drugovich has run away with it, and the others have tripped over a bit.”

Oakes continued: “Now, I wouldn’t say the pressures off, but it’s the fact of just going out there and doing a good job each weekend and seeing where you end up at the end of the year. In reality, I don’t think we’re sort of focused on a championship now.”

Despite Hitech’s tumultuous Formula 2 season, one of their drivers may still be in with a chance in F3.

Red Bull junior and rookie Isack Hadjar won his third race of the year in Austria. His victory launched him to second place in the standings; he is just one point away from the lead.

The team itself is almost 100 points adrift of Prema in the teams’ standings, but Oakes is nevertheless pleased with their performance.

He explained: “Without giving away trade secrets, not that there is any, but I guess each team has their sort of DNA of how they prepare events and maybe for some tracks it suits one team’s method of doing stuff more than another.

“I think in our case this year in particular, it’s been really impressive. We’ve sort of been strong across the board really at every track. There’s never any sort of silver bullet. It’s kind of just a little bit of aura, everyone coming together with a good mentality and approach.”

Hitech GP will battle for further race wins when F2 returns to France on 22nd-24th July.