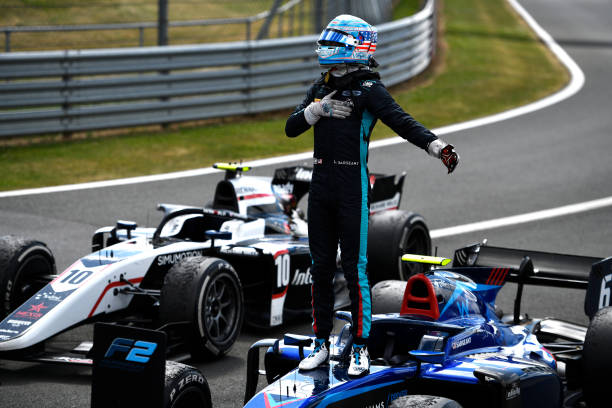 The stars of the future: rating the F2 rookies

Have these young drivers managed to make their mark?

With so much pressure placed on rookie drivers each season, how well has this year’s class in F2 coped?

An impressive 10 out of 24 Formula 2 drivers are competing in the series for the first time, forming almost half of the grid.

Six of that exclusive group are supported by various F1 teams. Based on their performances, are they future superstars, or will they fade into history?

The American Williams junior is having an extremely strong rookie season. With Jost Capito recently commenting that Sargeant will make it to F1, the young racer is undoubtedly doing all the right things.

Even when you take the experienced F2 drivers into account, Sargeant is still one of the most consistent competitors this year. There have been just four occasions where he failed to score points, and two of them were DNFs.

As the only American in F2, he offers some amazing sponsorship and marketing opportunities to teams. With F1 and its associated series continually growing more popular in the States, don’t be surprised if you start hearing more about this impressive rookie.

Vesti had a fairly tricky start to his 2022 campaign. After two seasons in Formula 3 where he finished both years in fourth position, it took him a while to get into the swing of things. It wasn’t until Round Four in Imola that he scored his first points.

Since then, the 20-year-old has seemingly improved with each weekend that passes. Vesti is only nine points behind Enzo Fittipaldi in fourth – could he match his fourth-place finish in F3?

With several podiums, a pole position at Spielberg and a race win to his name, it is not difficult to see why Mercedes are investing in this future superstar.

Iwasa has taken some strong results in his first season in F2. His flashes of brilliance earned him two wins, and he’s certainly not letting his lack of experience hold him back.

However, you could argue that he struggles with producing these impressive results consistently. He has clear talent and is one of the only drivers to finish every race this season. With those kinds of stats, you would expect him to be taking points from most weekends, but that has not been the case.

Iwasa finished outside of the points in eight out of the 20 races so far. Without the excuse of DNFs to help him, it suggests that the Japanese racer needs to work on his performances across the season.

When it is his day, Jack Doohan is a difficult man to beat. In a rain-soaked sprint race at Silverstone, the Aussie dominated and was easily the fastest driver on the track that day.

He took the first pole position of the whole season in Sakhir back in March, setting the bar high for all rookies. In an alternate reality, Doohan could have been a championship contender in 2022. However, a spate of bad luck saw him miss out on some significant points hauls.

As Alpine continues their struggle to find a driver for their 2023 seat, he could be a shock contender. It would be smarter to let him race for another year in F2, work on his race craft, and then give him a chance to prove himself.

The Norwegian is having a rollercoaster of a rookie season. For Hauger, the highs are incredible, but the lows are brutal.

Since his beautiful win in Baku where fellow Red Bull Junior Juri Vips crashed out of the lead, Hauger has only finished in the points once. Earlier in the year, he found himself cruising in fifth place in the standings but has now dropped all the way back to 12th.

As reported by Formula Scout, he said:

“Honestly, I’m feeling a bit lost right now, but we have the summer break to try and sort things out. We will really make an effort to try to reset a bit and get back in the rhythm, although it’s been a few hard rounds.”

As the 2021 Formula 3 champion, Hauger has undeniable talent. All he needs now is some confidence and consistency.

It must be hard to stand out as a rookie when your teammate is dominating the championship. Driving alongside Felipe Drugovich at MP Motorsport means that Novalak has been somewhat overshadowed this season.

Throughout his career, the French-Swiss racer has developed a habit of needing a year to get used to whichever car he is competing in. He finished third in the 2021 F3 championship and won the 2019 British F3. Both of these admirable results came in the second season of each series.

In theory, his tough 2022 season could simply pave the way for Novalak to be a frontrunner in 2023.

Caldwell was yet another driver with a hint of promising talent who has failed to live up to expectations.

He is backed by Alpine and was even given the opportunity to drive the team’s 2021 car at Silverstone back in June. Despite his connections, the Brit is having an underwhelming season in his first year of F2.

He became the second racer in the championship to receive a race ban after accumulating 12 penalty points. As a result, Caldwell will miss out on the next round at Spa-Francorchamps.

There was some hope that scoring his maiden points at Spielberg would give him the momentum he needed. Unfortunately, this did not come to fruition.

It would be fair to say that the Trident driver has somewhat faded into the background this season. Apart from his respectable fourth place finish in the Jeddah sprint race, Williams has failed to finish inside the points.

However, he has come close on occasion. In Barcelona, for instance, he crossed the line in 11th – frustratingly close to adding more points to his tally.

Williams has struggled to make his mark this year, but at least he has largely stayed out of trouble (unlike some).

The e-sports competitor turned professional has unsurprisingly had a tricky season so far. Despite sim racing’s attempts at realism, it must be quite a change to jump from that to an F2 car.

Early in the year, Bolukbasi was forced to miss out on four races following a hefty shunt in Jeddah. Those missed rounds would have been extremely beneficial in terms of getting to grips with the car.

Despite his lack of points finishes, there is certainly some hidden talent lurking in the Turkish driver. In 2021, he raced in the Euroformula Open Championship, joining the series halfway through the season. In that short time, he ended the season with an impressive eight podiums. Perhaps he just needs some more experience before we see what Bolukbasi truly has to offer.

What is there to say about Cordeel? He was the first driver this season to be handed a race ban after reaching 12 penalty points, a feat which was achieved in just the first six rounds.

For this reason, the Belgian racer’s year has been defined by his penalty points as opposed to championship points. His races have been characterised by post-race penalties, failing to slow for red flags, and numerous track limits offences.