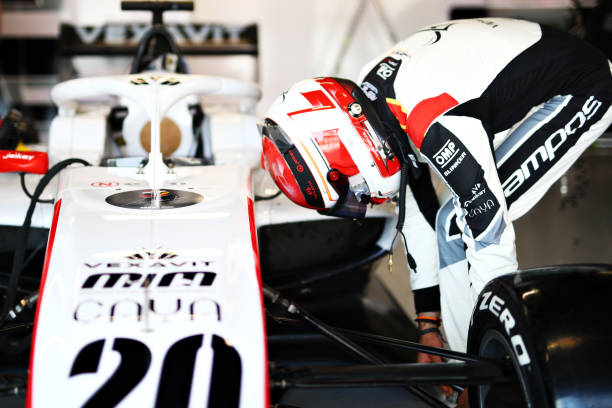 The past and present of Campos Racing

Campos Racing is a prestigious team with a rich history in Formula 2 and Formula 3.

Campos Racing, founded by ex-F1 driver Adrian Campos, nurtured some of the most successful drivers through junior series.

After an underwhelming F1 campaign in 1987, where he only finished two races, Campos decided to pursue management.

Campos Motorsport was born in 1997, competing in its first races in 1998. Marc Gené and Antonio Garcia represented the team, finishing first and fifth respectively in the Open Fortuna by Nissan series.

After Gené progressed onto Formula 1 the following year, young talent Fernando Alonso took his place at Campos. His six victories and nine pole positions across the season signified the illustrious career he had ahead of him.

The team took numerous titles in the Teams’ Championship, leading to them exploring other series.

Through the early 2000s, it changed its name to Campos Racing. Spanish Formula 3 and GP2 were added to the roster, along with drivers such as Vitaly Petrov.

Life at the top

Campos Racing found even more success in GP2, where they finished third in the drivers’ standings with Lucas di Grassi in 2008.

Their seemingly never-ending achievements resulted in a Formula 1 entry for the 2010 season. It looked like the team was on such an upwards trajectory that they could never possibly fail.

However, a myriad of financial struggles meant Campos once again could not survive the world of F1. The team was bought out and renamed Hispania Racing, which failed to score points across the season.

Campos Racing returned to GP2 in 2014 after realising it thrived in the junior series. The team also entered GP3 for the first time.

Adding to the list of phenomenal drivers who competed for Campos, Mitch Evans (now a Formula E racer), drove for them in the 2016 GP2 season.

After the series evolved into Formula 2, Ralph Boschung joined the team. He rediscovered this connection once again this year, where he still drives in F2.

The team finished 7th in the 2021 F2 season, following the tragic death of founder Adrian Campos earlier that year.

Speaking ahead of the season, Caldwell expressed his faith in the team, saying: “The car is looking very strong and I think we can definitely achieve some very good results this year.”

So far, they find themselves 8th in the standings, just one point behind DAMS. Boschung achieved an impressive third place last time out in Imola.

Vidales executed their best performance of the season, driving from P27 to P9 in Imola.

Some more consistent drives could see the team leap up the standings, especially when the battles are so close in the feeder series.