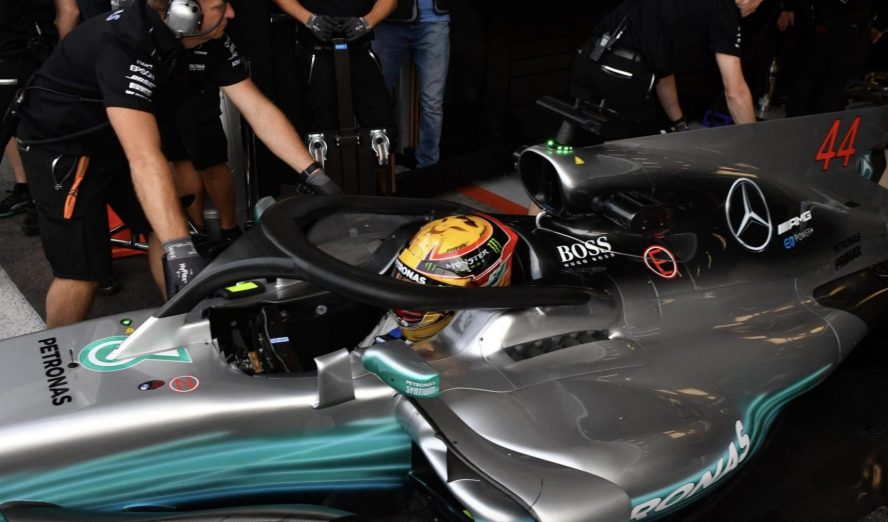 The History of The Halo In F1

The halo is an essential system that provides crash protection to a driver during racing series.

The safety device consists of a curved bar positioned right above a driver’s head that’s connected to three points of the car frame.

The halo is made of titanium. Originally, it weighed about 7kg. Soon the safety device was improved and rose to 9kg.

The halo was designed and developed by three external manufacturers. The companies were selected by the FIA to make sure all racing vehicles had the same safety specifications.

There were different scenarios envisioned such as two vehicle collision, a vehicle making contact with a barrier or surrounding items in the environment and cars coming into contact with debris. Tests portrayed that the halo significantly reduced the risk of injury for a driver. It led to preventing head contact mostly.

Sebastian Vettel as the first driver to enjoy the shield in an F1 car. This was during a free practice at the 2017 British Grand Prix. At first, the device blocked and blurred part of his vision for driving.

From there, the safety device received much criticism. This even came from formed drivers including Niki Lauda. The former Austrian racing driver claimed it altered the essence of racing cars. Max Verstappen supported that notion too comparing it to disrupting F1’s DNA.

However other former drivers took a different stance. Sir Jackie Stewart saw its potential and recognised it in a similar fashion to the seat belt. Not sure about what you think but seat belts were successful and remain so today for regular driving and racing.

There were occasions where the halo completely saved the day over time. One year in F2, Tadasuke Makino’s halo made contact with another Japanese driver Nirei Fukizumi in Spain. Then Charles Leclerc was hit by Fernando Alonso’s McLaren. Both drivers were safe because of the halo. There was visible damage displaying the immense impact at the Belgian Grand Prix.

Also the halo was appreciated when Alex Peroni’s F3 car went airborne at Monza in September 2019. Additionally who could forget how it protected Romain Grosjean when there was contact Daniil Kyvat’s car. He went head on splitting the barriers at the 2020 Bahrain Grand Prix. The halo secured Romain’s head from the initial impact as his car set on fire. The driver praised the safety device as it saved his life.

Of course, it was the saving grace when Max Verstappen and Lewis Hamilton collided at 2021 Italian Grand Prix. Otherwise, our seven-time champion might no longer have a head or neck. It was a mental Monza. That image stuck in many people’s minds for some time.

A few days ago, we saw this same relief when Guanyu Zhou flipped into the air and slid towards the barriers. Right away fellow competitor George Russell ran to rescue.

The Chinese driver said, “It was a big crash and I’m glad I’m ok. The marshals and the medical team at the track were fantastic with their quick response, and I also owe my thanks to the FIA and Formula 1 for all the work they have done, and they keep doing, to improve the safety of our cars. The Halo saved me today.”