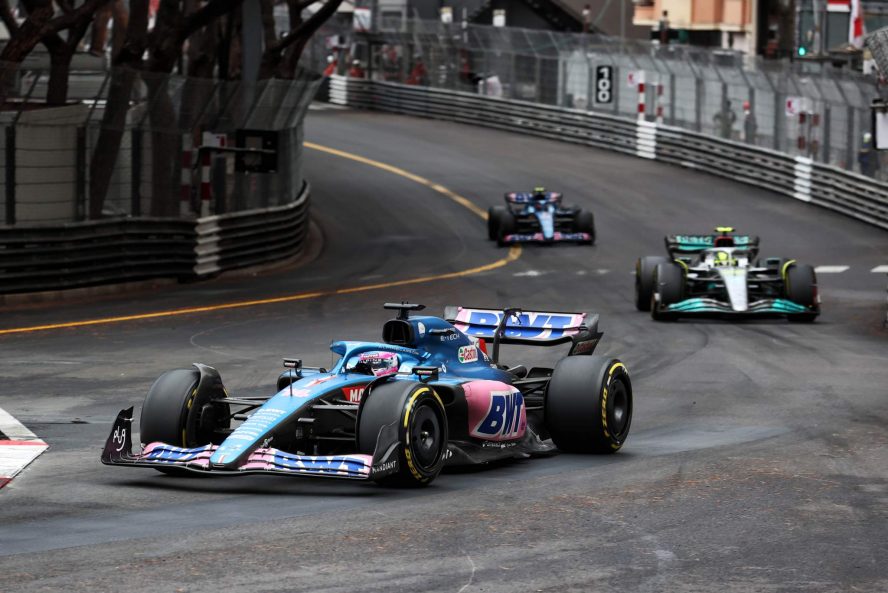 The craziest idea that might just save the Monaco Grand Prix

As Formula 1 cars have become bigger and bigger, the spectacle on a Sunday in Monaco has become worse and worse, and there are now real doubts about the grand prix’s future.

A combination of new venues in the Middle East being able to offer more money and F1’s determination to break further into the American market means that some of the historic venues are currently struggling to justify their spot on the calendar.

The respective futures of the Monaco and Belgian Grands Prix in particular appear to be uncertain. And the former – for all its glitz and glamour – is not helped by the fact that it pays a reduced rate and insists on special treatment such as using its own TV director.

Whilst a fair few fans remain firmly in favour of F1’s ‘Jewel in the Crown’ – and one-third of motorsport’s Triple Crown – remaining on the calendar, support appears to be dwindling.

The reason for that is, of course, nothing to do with money or contracts. It is about the racing.

Saturday in Monaco is generally one of the highlights of the season, but Sundays are more often than not a literal procession.

Over the past decade, there have been just 113 overtakes at the Monaco Grand Prix, with the relatively eventful race this year still only producing 12. For the sake of comparison, the 2016 Chinese Grand Prix featured 161 overtakes during its 56 laps.

Daniel Ricciardo and Lewis Hamilton were even able to hang onto victories in 2018 and 2019 whilst lapping multiple seconds slower than usual with a mechanical issue and dead tyres respectively. And Fernando Alonso’s casual Sunday drive this year will be fresh in all our memories.

The cars are unlikely to get considerably smaller any time soon. Whilst this year’s regulation changes have made them slightly shorter, they are still two metres wide and are now even heavier.

The plans for the next regulation change in 2026 are also to decrease the size and weight where possible, but options are limited.

This is an inescapable consequence of increased safety requirements and cost-cutting – lightweight but strong materials are very expensive.

So, despite the attempts to make the next generation of cars more nimble, they will almost certainly remain boat-like around the tight streets of the Principality.

And the route through those streets is pretty much set in stone, with very few possibilities when it comes to altering the layout.

What can be done then?

This year’s event already dispensed with one piece of Monaco tradition. The ‘weekend’ has always been held over a four-day period, with the first practice sessions on Thursday and then a day off on Friday, when the drivers can get dolled up and head to a fashion show and/or charity event.

In a bid to condense the calendar, however, Monaco will be a three-day event from this year onwards.

So, with those in charge having shown a willingness to change for the greater good, how about a big change?

The thrill of seeing F1’s best men and machines at 100% attack, missing barriers by mere millimetres – or even occasionally less than that as they scrub off some paint – during qualifying is clearly the best part of the Monaco Grand Prix.

So why not carry that through to Sunday?

How would it work?

Qualifying on Saturday would take place as normal, but instead of setting the grid, it would set the order in which drivers came out for their time trial on Sunday afternoon.

Let’s say a five-lap time trial. The lowest cumulative time takes the 25 points, with the fastest 10 drivers claiming the usual sliding scale of points and the bonus point for the fastest lap still up for grabs for the fastest single lap.

20 drivers doing five laps is obviously 100 laps – so slightly more than a race length – but with them being at qualifying speeds, it would probably end up taking no longer than a total race time.

Drivers could go out back to back – coinciding in laps and out laps for almost non-stop action – in reverse order from the qualifying results, giving the pole-sitter the benefit of a fully rubbered-in track.

There would be a tough decision on how hard to push, though.

It wouldn't be Monaco without a driver (Gasly) kissing the barriers 😘#MonacoGP 🇲🇨 #F1 pic.twitter.com/D9gMkFKUYM

Do you go all out and risk making a mistake – big or small – and potentially lose yourself a couple of positions, or even crash? Or do you hedge your bets, go around at 95% and hope for errors from others.

And if you had to put your faith in any group of people on the planet to find some strategic opportunities, it would be F1 engineers, so that aspect of race day would surely not be totally lost.

Of course, there would be the potential of changing conditions to mix things up, be it changes in track temperature or rain.

Hey, if there’s a sudden deluge after five minutes then we all just accept Nicholas Latifi as the rightful master of Monaco.

Make it about the drivers again

In Monaco, however, you simply have to exist and rely on your team not to mess up the strategy. This idea would make it about the drivers again – it would be down to them to show their consistency over a few laps.

Most importantly, the best part of the Monaco Grand Prix weekend would be extended through to the most crucial part of the weekend.

F1 have shown they are willing to experiment with Sprint Races and the Monegasque organisers showed they can put aside tradition this year.

It is beginning to look like there might have to be a huge change to save the future of F1’s most famous grand prix. Maybe this could be that huge change?