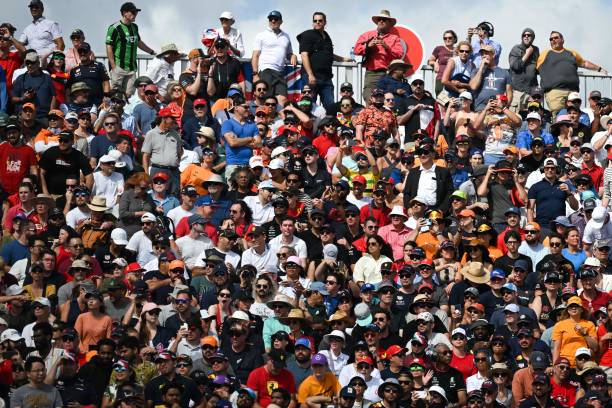 Is Formula 1's Netflix docuseries the reason there's so much hate in the F1 community?

Netflix’s Drive To Survive has long been a subject of debate amongst Formula 1 fans.

It’s impossible to deny the fact that since the Netflix series started airing in 2018, people have been noticing Formula 1 on a much larger scale.

For many, this growth has been a positive sign, so much so that the show has become a symbol of success for the series. Many have attempted to replicate that success with their own shows in other motorsport categories and even in the broader world of sports as a whole.

But for others, the influx of new people to Formula 1 has brought some issues.

The truth is that like it or not, the now four season long docuseries has brought masses of casual and die-hard fans to the sport. Inevitably, along with it, there has been some controversy.

Drive To Survive has long been accused of sensationalising Formula 1 by playing up drama and focusing on certain drivers, teams, and storylines to do so. It’s been so much of a problem for some in the community that Max Verstappen refused to do interviews for the show on the basis that it faked rivalries. He’s hardly the only one who has voiced concerns about the way the show portrays the world of Formula 1.

But it worked. Drive To Survive’s portrayal of the stories that surround Formula 1, dramatised or not, has brought in new fans (largely American) by the masses. The average audience of races on ESPN has shot from 554,000 in 2018 to 927,000 in 2021.

The success of the show has only added to the polarizing views of it amongst existing Formula 1 fans. Some are grateful for the huge boost it has given the sport, while others cringe at and deride both the show itself and the audience it has brought in.

The term “DTS fan” has become an insult synonymous with young fans who don’t know anything about the sport. Inevitably there’s some misogyny at play as well, with even Red Bull’s team principal referencing the show bringing in young girls because of the “great-looking young drivers”, but that’s a whole other can of worms.

The bottom line is that Formula 1 has a much larger audience than it did four years ago. Along with the increased attention and audience, there has been a noticeable uptick in hate and toxicity, mainly spread on the internet.

Anyone who was on Twitter during (or anytime after) the dramatic title-deciding race in 2021 can attest to the cesspool that the Formula 1 side of the platform has become. Notably, it’s not just the new “DTS fans” that are peddling inexscusable hate right left and center. It’s bigger than young fans or old fans or Lewis Hamilton fans or Verstappen fans, every corner of Formula 1 Twitter has overtly toxic people.

Did DTS cause the problem?

Ultimately, the toxicity in Formula 1 has largely been blamed on Drive To Survive, with many claiming that the show and its gimmicks are what have made the fanbase so openly hateful.

Does Drive To Survive sensationalise Formula 1 in a way that fosters an environment of drama? Absolutely. Is it the reason for the harmful and toxic culture that currently surrounds the Formula 1 community? Absolutely not.

Sure, maybe if Drive To Survive didn’t exist, the online Formula 1 community would be a nicer place to be (if you’re not convinced by this, check out the IndyCar community). But that is purely because of the work that the show has done to bring more eyes to the sport. The goal of Drive To Survive was to bring in more fans, which it did, with overwhelming success.

The price of having such a large fanbase is the resulting toxicity that occurs both over the internet and in real life. Communities like IndyCar’s, while much more welcoming and friendly, are much smaller and face their own issues as a result of that.

Internet toxicity as a whole

While the internet has its pros and cons, ultimately it has made tight-knit groups of fanbases more toxic than ever. The anonymity of hiding behind a screen has made fans much more likely to say things they would never say in person.

This harmful attitude has found its way into every fanbase, not just Formula 1’s. While some would argue that Formula 1’s fanbase has become one of, if not the most toxic fanbase out there, anyone who has interacted with other groups of fans (be it for other sports, musicians, gaming, TV shows, etc.) can tell you it’s a fierce competition as to who is the worst.

Drive To Survive did exactly what it intended to do, which was bringing in a large, primarily younger, audience that was totally new to Formula 1 (and in many cases motorsport in general). These people are both the present and the future of the sport and will be the reason it keeps running for years to come.

The toxicity of the community is merely a symptom of the growing fanbase, and it isn’t something explicitly caused by Drive To Survive. So don’t blame the Netflix show for doing what it set out to do, which was bringing in a larger and more diverse audience to Formula 1.