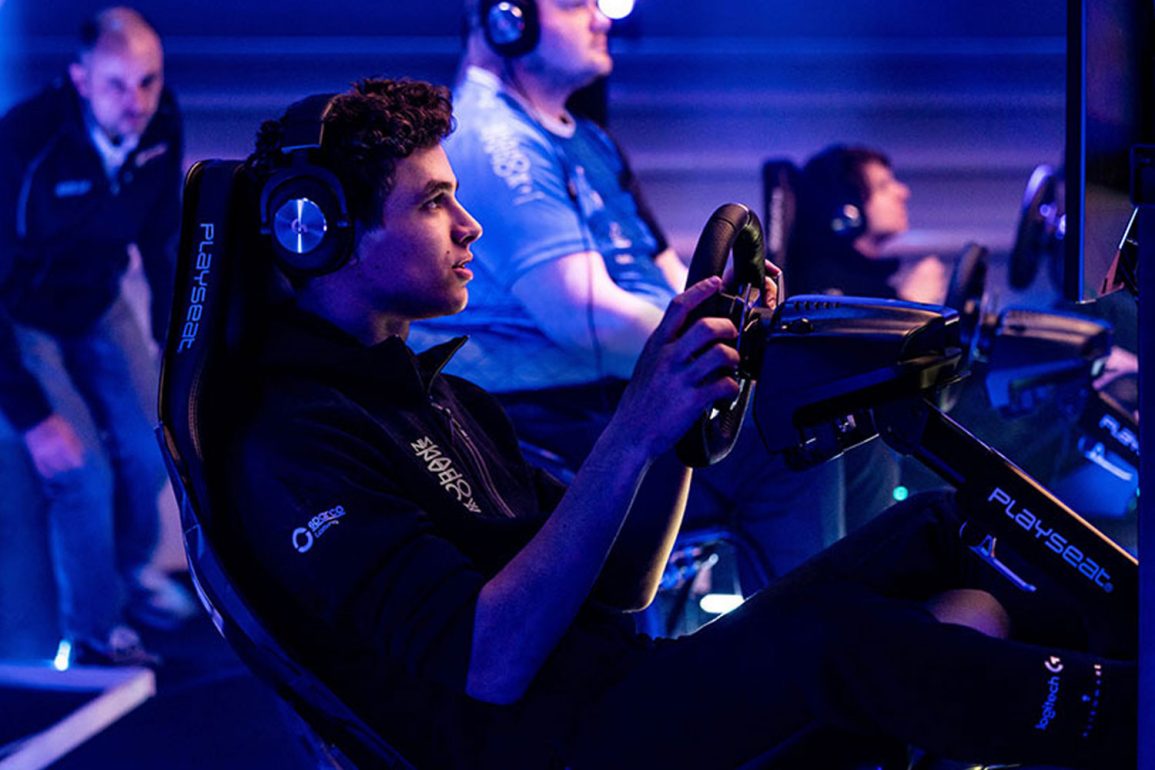 Simulation over Reality: The Rise of F1 Esports

Last Wednesday saw the return of the annual Formula 1 Esports Pro Series. For its fourth season in 2021, 10 teams of three participants will virtually race it out for the grand prize of $750,000 and the coveted Championship trophy.

Watching reigning F1 Esports champion Jarno Opmeer of the Mercedes AMG Petronas F1 Esports Team – having previously raced for the Esports suits of Alfa Romeo and Renault (now Alpine) – take a dominant lead after the opening three races, I began wondering about the rise and influence of Esports.

But more specifically, how and why video games and simulations of sports, such as F1, have become so popular with sports and gaming audiences alike.

Yet before we dive into analysing the phenomenon, a brief overview for those unaware of the online series is in order.

Presented by Aramco, the 2021 F1 Esports Pro Series is comprised of a 12-race calendar designed on real-world F1 circuits included within the official F1 game by Codemasters and EA Sports. It contains four events of three rounds each; including full-length practice and qualifying sessions, followed by a 35% race.

Founded in 2017, the professional programme sought to leverage the official F1 video game series and engage with its fanbase; capitalising on its success by attempting to cultivate new gateways into enjoying the sport of F1. It saw over 60,000 gamers participate, being watched by 123 countries worldwide and generating over 20 million social media impressions.

Our Esports Pro Championship returned to the screens with incredible racing, featuring:

The series, despite being virtual in nature, seeks to emulate the rules and regulations of F1. Points are awarded to the top 10 place finishers of each race (as well as a bonus point for the fastest lap), participants are affiliated with racing constructors – all of which are connected to the F1 2021 World Championship – and an immersive setting enhances the stake of competition through cash prizes and heightened exposure for teams and competitors.

Notably, the ramifications of the COVID-19 pandemic saw the postponement of the 2020 F1 World Championship until July of that year. As a substitute, F1 launched the “Virtual Grand Prix” to entertain fans throughout the 5-month disruption.

This online racing series saw current and former F1 stars take to the virtual circuits, with the format also hosting a plethora of celebrities, content creators, and athletes from other sports. Virtual GP race winners included George Russell and Charles Leclerc, as well as the recently announced 2022 Williams’ driver and returnee to the F1 grid, Alex Albon.

The Virtual Monaco GP is GO!

George Russell takes the lead for Williams, but there's carnage further back into Casino Square, with Valtteri Bottas involved and down to P19.

The official F1 2019 game on which this was being held, saw a 1,000% month-on-month growth of streaming hours, with the Virtual Grand Prix accumulating 30 million viewers worldwide across TV and digital platforms (such as F1’s official YouTube, Facebook and Twitch channels, and on Weibo and Huya for the Chinese market).

This is inclusive of independent streams broadcast by drivers such as Lando Norris, George Russell, Charles Leclerc, Alex Albon, and – of course – Nicholas “King” Latifi, who contributed an average 2.7 million viewers to the coverage, collectively.

Why has it become so popular?

Reportage from Formula 1 themselves suggests F1 Esports is on the rise. The 2020 audience figures for the F1 Esports Pro Series amassed 11.4 million livestream views across all social channels, rising 98% from the previous year.

The Grand Finale of the series also hit 1.7 million social engagements, establishing a new all-time record for any F1 Esports Series event. Overall digital engagement skyrocketed up 151% from the 2019 too, achieving 291 million impressions across social media.

According to Satista, the global Esports industry in 2021 is worth an estimated $1.08 billion. This provides an invaluable opportunity for content providers, sponsors and media rights holders in expanding their reach while also tapping in to a younger, digitally native market.

But what has catalysed this success within the F1 arena? Here are some potential causes.

One contributing factor towards F1 Esports’ success can be pinpointed to the group of budding next-generation of F1 talent.

In 2020, drivers Charles Leclerc, George Russell, Lando Norris and Alex Albon emerged as shining beacons of the ‘F1 driver sim racing scene’. With the friends having grown up together within the feeder series of the sport, their authentic and contagious camaraderie captivated fans during the global 2020 COVID-19 lockdown; boosting fan morale and engagement while supporting each other’s growth on-and-off the track.

Lifting the previous restrictions on social media usage from teams and drivers during Bernie Ecclestone’s ownership, Liberty Media’s acquisition of the Formula One Group in late 2016 for £3.3 billion allowed for the increased portrayal of behind-the-scenes content to F1 fans.

In recent times, this has permitted drivers to broadcast more intimate projections of themselves and their private lives to interested audiences – all part of Liberty Media’s strategy of expanding the sport’s reach and connecting with newer, younger audiences.

Through streaming platforms such as Twitch, the live and personal nature of the broadcasts allowed the group to play video games, speak directly to viewers and discuss a wide range of topics in a relaxed and jovial fashion.

It brought fans iconic moments, like Ferrari’s Leclerc dressing in a banana suit and his girlfriend messaging the live Twitch chat asking to be let back into their apartment after getting locked out. From McLaren’s Norris, 2020 saw the birth of ‘#LandoBot’, had viewers in switches over his ‘hornet’ meltdown, and had the driver shave his head for charity. Meanwhile, Williams’ Russell had Albon screaming “GEOOORGE!” at every racing incident during their simulated racing sessions.

Speaking to Formula 1’s F1 Nation podcast, former Red Bull Racing driver Alex Albon said: “You could call it the Twitch quartet, Charles, George, [me] and Lando. We’re all close, and we all have our own relationships in between the four.

We are the young generation, you could say, coming into Formula 1, and we support each other.

“It’s no secret that the press is hard, media is hard [but my friends] are always there. We talk about everything; I would say 80% of what we talk about is not to do with racing, it’s to do with… rubbish!”

This type of content struck a chord with fans. Streaming acts as process whereby fan-favourite drivers are humanised and realised within ordinary settings, such as their own bedrooms. In turn, this allows the young multi-millionaire sportsmen to appear more personable and relatable to wider audiences – an excellent PR opportunity to the benefit of fans worldwide.

It is widely known that the costs required to become an F1 driver are expensive. Like… REALLY expensive. There are plenty of approximations floating about online, but most point towards an average of $8 million.

For those trying to get into the racing scene without the finances and/or sponsorship backing, but with love for the sport in abundance, Esports and simulated racing can prove as the next best experience.

Dr Mark Finn, a senior lecturer in the Department for Media and Communication at Swinburne University of Technology in Australia, has found that the lack of a casual or accessible equivalent to motorsport/karting – as there are with others sports, such as tennis or football – has led to fans harnessing video games to simulate the sport.

This can be seen through fans emulating their favourite racing drivers, or projecting a simulated version of themselves within video games. The latter is being enabled by recent ‘career mode’ changes to the official F1 video game series, with gamers now able to create and brand their own team, as well as recruit drivers.

Realising that people actively seek out media to satisfy certain needs, alternatively known as ‘Uses and Gratification theory’, sports fans can be seen to use interactive media (like video games and social media) to enhance their sport viewing experiences. Specifically, a 2017 study from Brown et. al exploring concepts of fandom shows that both eSports fans and traditional sports fans are motivated by the qualities of ‘relaxation’ and ‘escapism’ that gaming provides.

With all of this in mind, the growth of the Esports industry – and its prominence within F1 – is hardly surprising. Esports and streaming allows fans to interact with the sport they love in an immersive, digitised way; breaking down the traditional geographical and financial barriers associated with participating in and attending international Grand Prix events.

Esports connects fans to their favourite drivers and teams from the comfort of their own homes, while offering new insights into personal lives and experiences of the sports’ biggest personalities and ambassadors. And finally, it is mutually beneficial to all content providers, sponsors and fans involved, as it acts as a new avenue for promotion and F1-related content.

ESPORTS STANDINGS@jarno_opmeer gets a near-perfect start to his title defence, with him and @MercedesAMGF1 on top of the tables#F1Esports ? #F1 @Aramco pic.twitter.com/1zBCy0wJ5U

If all the above has whet your F1 Esports appetite, the second Formula 1 Esports Pro Series event (Rounds 4-6) will take place from 27-28 of October. Coverage starts at 15:30 (BST), and will feature virtual battles at Silverstone, Monza and Spa-Francorchamps.

Will Opmeer be able to keep his two-race winning streak alive? We can only tune in to find out.

Additionally, qualification for the 2022 F1 Esports Series is now open. Until 31 October, participants have the opportunity to qualify for F1 Esports Series: Challengers event – a 12-round online championship streamed on Twitch with the aim of finding future talent. Top-performing gamers elsewhere will see themselves compete within weekly events, the DHL Time Trial and the Women’s Wildcard stages in the hopes of glory.

The competition is open to everyone. So, are you up to the challenge? 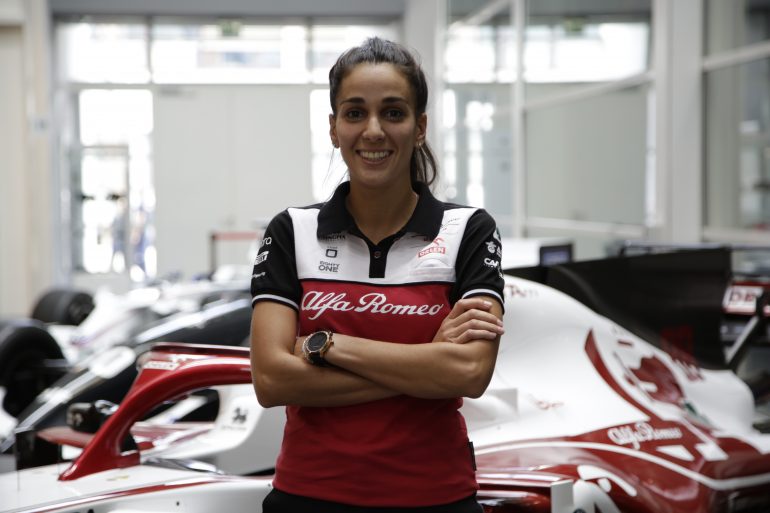