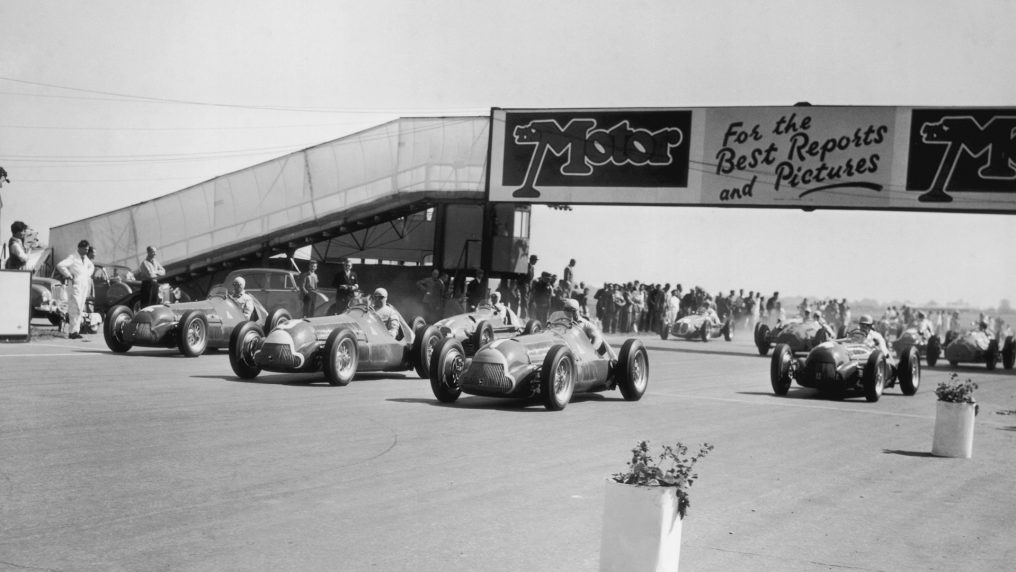 Silverstone 1950: The start of something spectacular

A question I am asked a lot by people I meet, is just how long I have been interested in Formula One. I am so passionate about the sport, talk about it a lot, use the word “sandbagging” when talking about every day things, and use my commute to work as my race track. Although my trusty Ford Focus would disagree that I am the next star race driver.

The truth is, I started watching Formula One at the end of the 2006 season. I watched Lewis Hamilton make his F1 debut in 2007 for McLaren. I witnessed the controversial Renault “crash gate” in 2008 and even doubted the talents of Max Verstappen in his debut back in 2015. I am knowledgeable about the eras I have watched, witnessed and got excited about. But I sometimes forget that our beloved sport has a history spanning over 70 years and there are generations of fans who remember watching races “back in the day” or “my era”.

Speaking on our latest podcast, Sky Sports F1 commentator David Croft stated that he would have loved to have witnessed the first ever grand prix, which was held at Silverstone in 1950. To go back to that race, knowing what we know now about the sport, would be an incredible thing to watch.

120,000 spectators descended on Silverstone on 13th May, 1950. Included in the crowd, were His Royal Highness King George VI, Queen Elizabeth, Princess Margaret and their guests Lord and Lady Mountbatten. To this day, it still remains the only British motor race that a reigning monarch has attended. The race was officially known as the Grand Prix d’Europe, but unofficially it was the British Grand Prix, and back in 1950 there were only seven races in a championship season. It was the first world championship Formula One race, and the third race to be held at Silverstone after the Second World War ended.

Surprisingly, Woodcote corner was the first ever corner tackled by the grid in F1 history. Traditionally, Woodcote was Silverstone’s final bend from 1952 until 2011. But in 1950 it was the first, with Abbey being the last. The pit lane was situated between Abbey and Woodcote, with the cars lining up on the starting grid in a 4-3-4 formation. 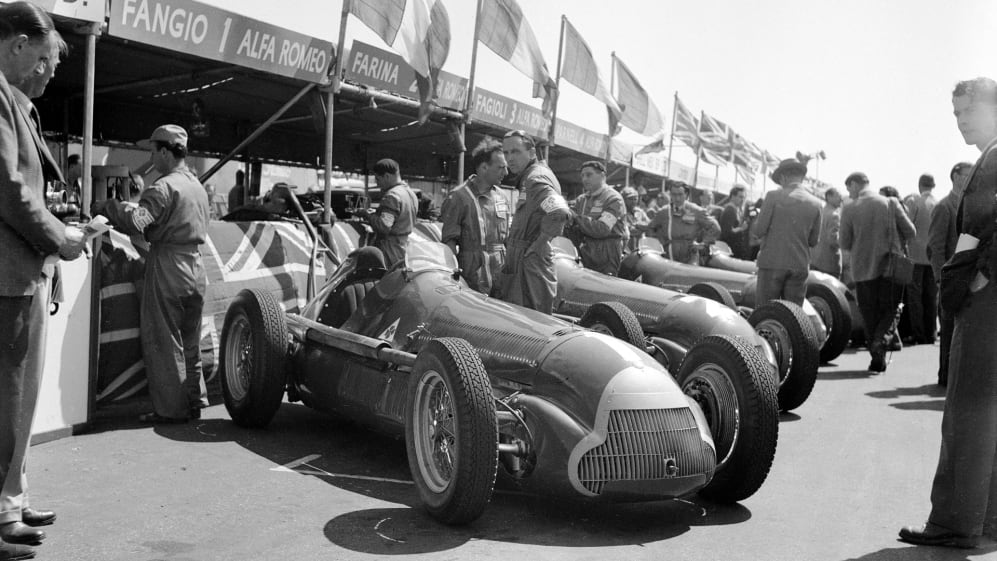 Italian driver Giuseppe Farina in his Alfa Romeo took pole position, the first ever victory and fastest lap of the race with a time of 1m 50.6 on lap 2. In fact Alfa Romeo took all three steps on the podium with fellow Italian Luigi Fagioli in second and British driver Reg Parnell in third. Farina’s average speed over the course of the race was 146km/h, far slower than the modern F1 cars of today. Also on the grid was a member of the Thai royal family, Prince Birabongse Bhanudej Bhanubandh, and a Swiss baron named Emmanuel “Toulo” de Graffenried. The Price qualified his Maserati in 5th but retired after running out of fuel, and the Baron failed to start due to engine problems. Jazz musician Johnny Claes also competed in the inaugural race and finished 11th, six laps down on the winner Farina.

The average age of the grid back in 1950 was 39 years old, with three out of the 21 drivers in their fifties. The youngest driver on the grid was 29 year old British racer Geoffrey Crossley, who was 12 years older that Max Verstappen when he made his debut in Formula One. Stirling Moss, at 20 years old, competed in the 500cc support race and finished second. Moss nearly took the victory but his Cooper-JAP suffered piston failure at the final corner. Moss then went onto the win the British Grand Prix in 1955 and 1957 and became a legend of the sport and part of history.

The Maserati’s made up most of the grid, with Ferrari notably absent. Enzo Ferrari withdrew his cars from the grand prix, and was known to be unhappy with the starters money that Silverstone were willing to pay the teams. Even in 1950, there was still drama and controversy. Local drivers were hired by the Scuderia Ambrosiana team, and the Enrico Plate team entered the royal drivers.

The action on track was just as lively as it is today, with the local wildlife hampering some drivers races, technical problems, crashes and some great overtaking. It was the start of something absolutely spectacular, and over the decades would be moulded into what it is today. We would lose many great drivers along the way, but see some great talent achieve great things. We would feel many emotions, and this sport, although shaky at the start, would form the soundtrack to our lives 70 years on.