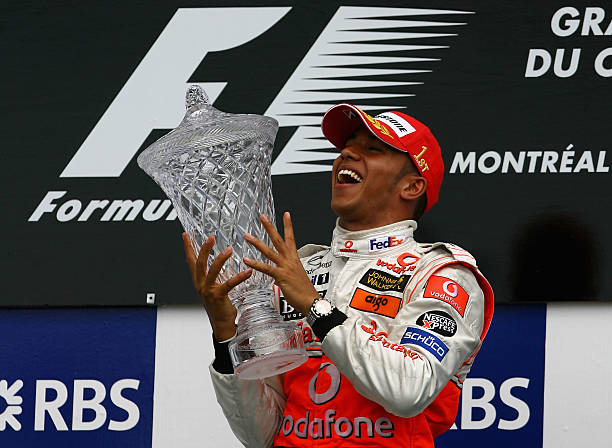 Re-live the 2007 Canadian Grand Prix: A weekend of first’s for Lewis Hamilton

It’s the 14th anniversary of Lewis Hamilton’s first ever Formula 1 victory, which he achieved in Montreal at the Canadian Grand Prix of 2007. Let’s re-live that monumental Grand Prix, which also saw one of the worst crashes in F1 history.

It was only the sixth race of the season, making it the sixth of Hamilton’s F1 career. Heading into the race, the impressive rookie had appeared on the podium in all the previous five races making it only a matter of time until he took the top step.

The McLaren driver claimed his first ever pole position on the Saturday just ahead of his fierce teammate and reigning world champion, Fernando Alonso.

As they lined up on the grid for Sunday’s race, all eyes were on Hamilton and whether he’d be able to defend his lead from the start.

On lights out Alonso got alongside Hamilton on the small rundown into turn one but the wise rookie held his ground on the racing line, forcing Alonso wide and onto the run off area.

When the Spaniard rejoined the track he’d dropped way down the field, allowing Hamilton to comfortably hold his lead over Heidfeld for the rest of opening stages.

On lap 22 Adrian Sutil crashed at turn four, bringing out the first of three safety cars and closing the pitlane.

Luckily Hamilton had just pitted before the incident and once the race restarted, he soon found himself back in the lead on merit of everyone else’s pitstops.

However there would be another grueling twist on lap 26, as Robert Kubica suffered a horrifying crash when he hit the back of Jarno Trulli’s Toyota on the flat out run down towards the hairpin of turn ten.

After impacting with the Toyota, Kubica’s stricken BMW skated across the grass, hitting the inside concrete barrier, ripping off three wheels and the front nose.

The car then summersaulted back across the track in a cloud of debris before coming to a rest on the barrier of the outside run off area. 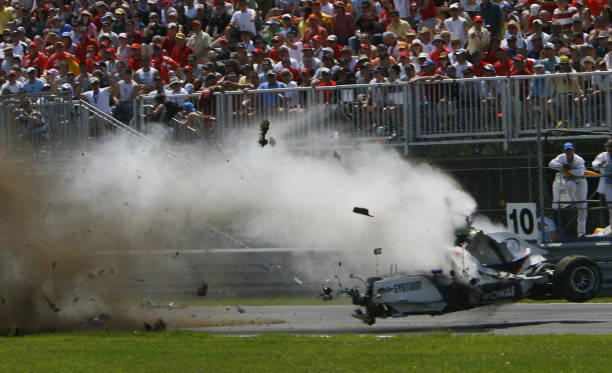 The speed and ferociousness of the accident left people fearing the worst but miraculously, Kubica was taken to hospital, only suffering from a fractured ankle and concussion.

The safety car was brought out once again but Hamilton executed the restart perfectly, despite his inexperience.

In total, there were ten drivers who failed to finish the race due to crashes, retirements and two disqualifications. There was another race restart on lap 60/70, leading to a final sprint to the finish between the 12 remaining cars.

Throughout it all, race leader Hamilton maintained a consistently competitive pace. He drove with the confidence and control of a true champion, which was massively impressive for a rookie of his age.

On lap 70, thanks to his brilliant drive, Hamilton finally achieved his childhood dream and won his first ever F1 Grand Prix. In doing so, he also became the first ever bi-racial man to win in F1. 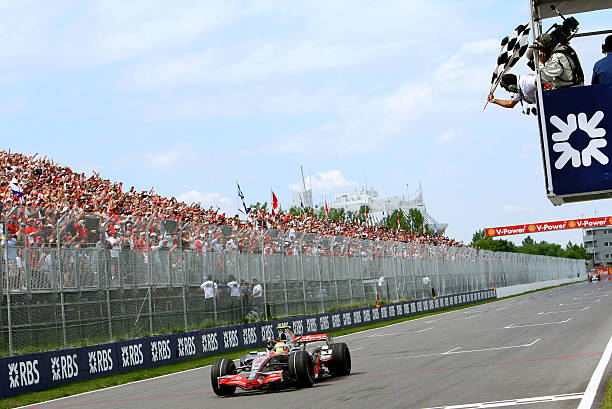 After winning his first ever Grand Prix after just six races, conversations swung towards just how much Hamilton could achieve throughout his career.

Fast forward to today and he has 100 poles, 98 victories and seven world championships, making him the most successful F1 driver of all time. Not bad for a young lad from Stevenage.