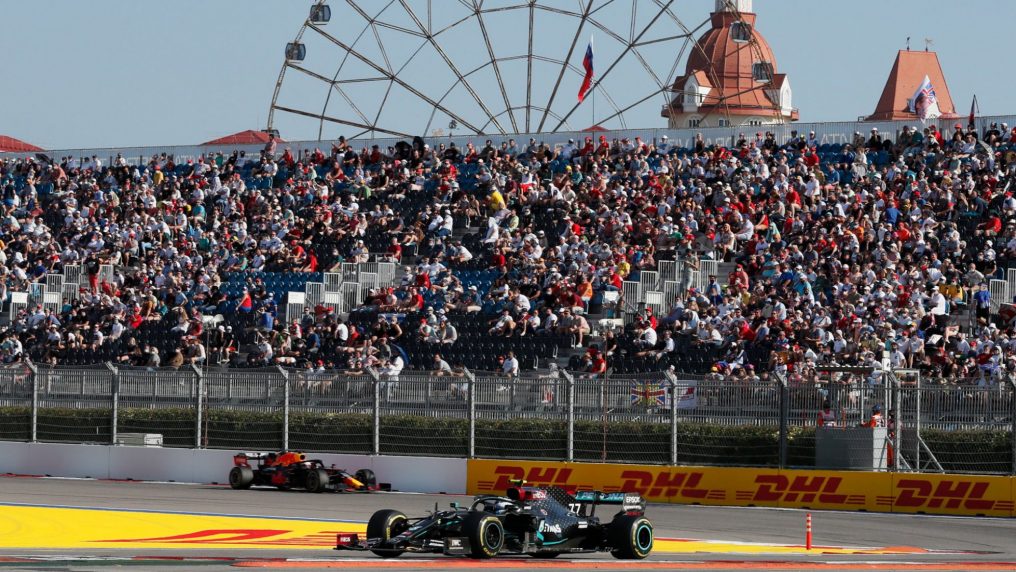 QUIZ: How well do you remember the 2020 Russian Grand Prix?

This weekend we are heading back to Sochi for the Russian Grand Prix. Located by the Russian Olympic park, this track is 5,848 km long with 18 turns (12 to the right and 6 to the left) designed by Hermann Tilke.

But before we head there, how well do you remember last year’s Grand Prix weekend? Take the quiz to find out!

Before the race, what did Hamilton do that awarded him a 10-second penalty?
Spin off track
Perform a practice start in an incorrect place
Drive too slowly
Perform a dangerous move in front of another driver

What distracted Valtteri Bottas into Turn 2 against teammate Lewis Hamilton?
His reflection
Another car
A bee
Flag being waved
Sun light

After receiving a 5-second penalty for rejoining the track in the wrong place, what did Daniel Ricciardo say in response?
ASH%H!H28*£@HSH (Swore)
Okay, I'll drive faster
Whoops
WHY?!

When the driver won, what did they say on their radio?
YEAHHHHHHH BOYYYYYY
To whom it may concern, f*** you
Get in there!
Wow, what a race!

How well do you remember the 2020 Russian Grand Prix?