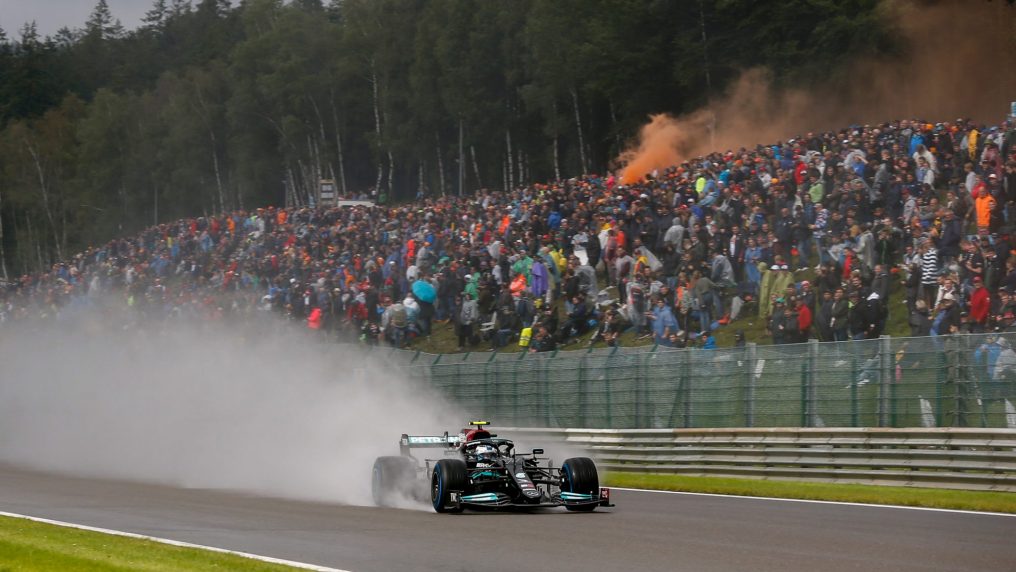 Formula 1 fans were left disappointed after Max Verstappen won the shortest race in the sport’s history at a wet Spa on Sunday.

The start of the race was initially pushed back, and then after a long red flag stoppage, the cars completed three laps before another red flag ended the race.

As per the regulations, the result was taken after lap one and half points were awarded to the top ten finishers.

The decision to run the cars briefly during the torrential conditions and to award points for an uncompetitive race has received plenty of criticism from drivers, pundits and fans.

Seven-time world champion Lewis Hamilton posted on social media on Sunday evening, writing: “We should have called it quits, not risked drivers and most importantly refunded fans who are the heart of our sport.

“There was no moment today when we would have been able to race.”

Hamilton also told Sky Sports F1: “Money talks. It was literally the two laps to start the race. The sport made a bad choice today.”

Sky pundit Martin Brundle also echoed Hamilton’s thoughts, tweeting: “It’s fair to say that if a race can go from a scheduled 44 laps to 39 laps remaining without actually officially starting, then the regulations need a rethink.

“Sorry we let you down in Spa, F1’s done [a] great job of entertaining during the pandemic but today was a low point.”

Fans also gave their opinions, with one saying: “I agree that there should have been no racing today, but the entire situation was an absolute farce and shameful from @f1 and @fia. Motivated by greed and no regard for the spectators, at the track or watching on tv.”

Others were pretty brutal in their criticisms: “Two laps behind a safety car just to justify not refunding fans who paid money to watch a race. What a sham.”

Another added: “Hope you are offering all those poor fans a refund who waited all day in dreadful conditions only to see no action. Knowing F1 and it’s greed though, there will be no chance of that.”

For some, it was an unwelcome reminder of the past.

“@F1 failed miserably today. A return to the money greed of the Ecclestone era. Awful. All fans should be refunded along with the organisers. Utter farce,” a fan tweeted.
This fan believed that F1 should have taken a similar approach to NASCAR, who have previously held cancelled races on a Monday.
“Learn from the US. Push the race for Monday. If the weather was still bad, push it until Tuesday,” they said.
“F1 is not perfect, but instances like this, where [money emoji] is the priority, it shows the sport still has greed in its heart. Time is money but F1 leaves little room for error between races.”

But others were sympathetic towards the FIA and race director Michael Masi’s decision to abandon the race after three laps behind the safety car.

One tweeted: “Not really sure what else could have been done. I think the only contentious point was running 2 laps behind the [safety car] to make the race official. Honestly, I think this at least rewards the drivers for their only competitive session so I’m ok with it.”

Another fan agreed: “People are angry at @fia when they don’t cancel the race in wet conditions and then accidents happen as it was their fault. And now when they cancelled it, people still criticized them abt the decision.

“And btw quali counts , if the race doesn’t happen.”

Some were just happy to see George Russell finish on the podium, the first of his career and Williams’ first since 2017.

One fan tweeted: “George Russell’s podium is the only thing that matters.”

Another fan of the British driver added: “Getting P2 without needing to race isn’t for everyone.”

Even in the worst of circumstances, F1 fans still manage to light up social media.