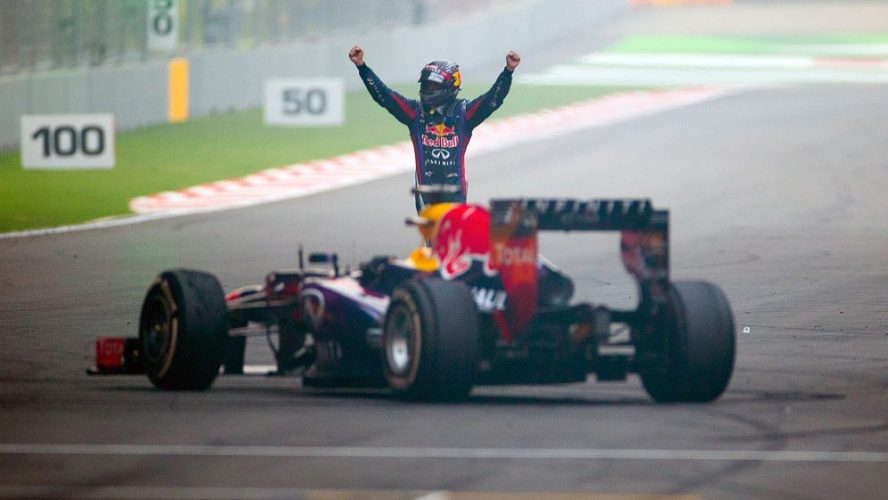 Christian Horner was asked whether Red Bull looked at re-signing Sebastian Vettel after they enjoyed the winnings of four world titles together.

The 2023 grid has had a major shake-up with Vettel announcing his retirement, and Fernando Alonso announcing his move to Aston Martin from Alpine. It is being anticipated that Oscar Piastri will soon be announced in Alpine’s 2023 driver line-up after he spent a year on the sidelines, while there are talks related to Williams and McLaren too.

Williams are eager on keeping Alex Albon on but Nicholas Latifi’s future is up in the air. On the other hand, even though Daniel Ricciardo is determined to fulfil his McLaren contract till 2023, there are still many rumours circulating around the paddock.

Red Bull already have Max Verstappen and Sergio Perez confirmed for 2023, but that does not mean that Vettel cannot make a return in the future. It’s not the first time that we heard about a driver coming out of retirement to compete again. Michael Schumacher and Fernando Alonso are pure examples of that. And it may be that Sebastian Vettel acts faster on it.

Currently, Red Bull have Max Verstappen who brought home a drivers’ title in 2021. Sergio Perez is filling up the second, and it can be said that he was a key figure in Verstappen’s title last year, as he defended against Lewis Hamilton on many occasions. But lately, it seems like the Mexican lost his shine a little and Red Bull might look to sign another driver.

Sebastian Vettel back to Red Bull?

Christian Horner admitted that while there were talks, it is still unlikely that Vettel will return to Red Bull. He describes as if a person is going back to their ex, and how probably it wouldn’t work. Although, it did work for Alpine, who were previously Renault when they had Fernando Alonso come out of retirement and join them.

“We had a few exploratory talks.”

He added, “But it would be a bit like going back to an old girlfriend, it would probably never be quite the same second time around. What we achieved together was so remarkable. It was such a phenomenal thing and that will always be part of our history, and we’re tremendously proud to have had him as part of our team.”

Horner was also asked whether he had any idea that Vettel was leaving the sport. He said, “I don’t think anybody did, I saw him as he left the paddock in Paul Ricard and it had been obviously a frustrating day for him. But I think it’s the right decision for him, it’s not good seeing him run around in the midfield, I don’t think he’s getting any satisfaction from that, the time is right to draw the curtain on what has been an amazing career.”

Signs that Vettel was leaving the sport were already noticed by some though such as Ted Kravitz. You can read all about it here.

Rumours from the past

Vettel rejoining Red Bull is not something that has been talked about recently because of his retirement. When he was leaving Ferrari in 2020, and it was uncertain who he’ll join next, he was asked whether there was a possibility of going back to his former team.

At the time, Red Bull had Max Verstappen and Alex Albon occupying the seats. When he was asked about it, Vettel told Formula 1, Generally, I’m of the conviction that if you want to win you have to be happy to take on anyone. I know the team very, very well from my past, so of course, I am still in contact with a lot of people there whether Christian [Horner, Team Principal], Helmut [Marko, Red Bull advisor] or others.

“Red Bull has a winning car, they are a very strong team. I know how strong they are from the past. It’s not fair to say I know the team inside out because it has also changed and moved on, but I know why they were strong back then and they are still an F1 contender and it’s a car that you can win races in, so for sure that would be interesting.”

Vettel was asked that if Red Bull had to offer him a seat, would he take it? This was in 2020 and his answer then was, “It’s a winning car, and as I said earlier, I’m here to compete, I’m here to win, so probably the answer would be yes.”

The German said in his retirement announcement that his focus is now on his family rather than fighting for wins and championships. But would the decision remain if he was offered a championship-winning car that Red Bull have?