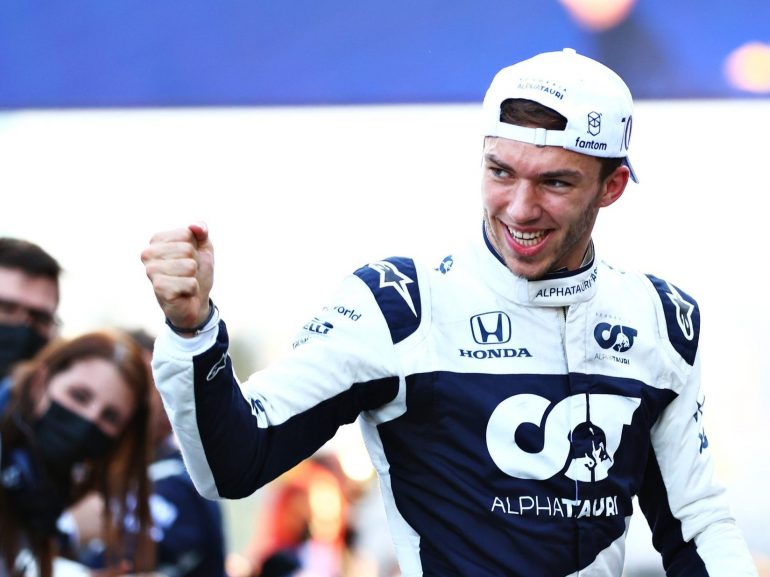 Pierre Gasly has had an incredible start to the 2021 season and the exciting thing is- it is nowhere near finished. With seven races left to go, the ex-Red Bull driver is sitting in ninth place with 66 points and is only behind the drivers from the top four teams. Gasly himself admitted that it’s his best start in F1 and despite 2020 being an incredible year for him, including a pretty historic win at Monza, could 2021 be even better yet?

A few weeks ago it was revealed that the only drivers that were still mathematically in contention for the 2021 World Drivers Championship were Verstappen, Hamilton, Bottas, Perez, Ricciardo, Norris, Leclerc, Sainz and … Pierre Gasly. Now I’m not saying that these drivers are in the title fight, however, I think it is pretty remarkable that Pierre Gasly is up there with the drivers of the top four teams with a points total above previous World Champions Alonso, Vettel and Räikkönen. These facts made me think, is Pierre Gasly outperforming even himself?

Pierre Gasly has had a pretty turbulent Formula 1 career. Having impressed in his first full season at Torro Rosso in 2018, he was swiftly promoted to partner Max Verstappen at Red Bull for the following year. After a rocky first few races, it was ultimately announced before the 2019 Belgian Grand Prix that Alex Albon would be replacing him at Red Bull for the remainder of the season. Gasly was demoted back to Torro Rosso (now named AlphaTauri) and has been there ever since.

Despite being ‘demoted’ his performances have gone from strength to strength and even Gasly sees that this year has been great for him and the team at AlphaTauri stating in an interview in Hungary: “ It’s the best start of the year I’ve had in formula one and also for the team”. Gasly has performed across weekends in Free Practices, Qualifying and Races.

Gasly’s qualifying statistics are something to applaud. They reflect efforts of a driver competing for a team at the top of the table, let alone a team in the lower half of it. Gasly has always made it to Q2 this season, an accomplishment his successor at Red Bull Sergio Perez, has not been able to pull off. A statistic even more staggering is the fact that Pierre Gasly has qualified in the Top 6 in 11 out of 15 races, a feat he did not achieve once last season and seven times in 2019, despite being in a Red Bull for the majority of his qualifying performances.

Gasly’s qualifying performances have been similar to those of Lando Norris and Charles Leclerc despite Norris and Leclerc being in a far superior car. However, it is not just Saturday’s qualifying where Gasly has performed. He has excelled on Sundays where it truly matters.

The Story So Far…

Gasly’s impressive points haul comes after scoring points in 10 out of the 12 races he has finished so far this season including a somewhat surprising  3rd Place podium in Baku and an incredible 4th Place finish in Zandvoort at the Dutch Grand Prix. However, it wasn’t always looking so optimistic. After an incredible qualifying performance in Bahrain, Gasly qualified in P5  within 0.003s of the top 3 qualifiers. Sadly a lap 4 contact with Daniel Ricciardo’s McLaren left the Frenchman effectively a “minute behind” for the rest of the race until retiring with suspected gearbox damage in the last few laps of the race.

After the disappointment in Bahrain, Gasly went on to have a six-week points finish streak which helped him slowly but surely amass points. This streak included his sixth place finish in Monaco where he bested 7-time world champion Lewis Hamilton, a third place finish in Baku where he shared the podium Sebastian Vettel and Sergio Perez and a seventh place finish at Paul Ricard where he managed to score good points at his home race. Sadly this streak did come to an end.

Approaching Sunday in Styria, Gasly was in an excellent position having qualified in the top 6 yet again. He also put in excellent performances in Free Practices 1 and 3 where he finished 2nd and 6th on the time sheets respectively.  His opportunity to score points for the seventh week on the trot was over as soon as he reached Turn 1 where contact with Charles Leclerc caused him to retire. Gasly was understandably “p***ed off” with his friend but in order to keep up the consistency he couldn’t dwell too much on the DNF.

Following a frustrating weekend in Austria at the Styrian Grand Prix, his next weekend in Austria racing in the Austrian Grand Prix was better having been able to score points and finish the race. Fast forward to Silverstone, Gasly was on track for another weekend of points until a receiving a puncture in the last few laps caused him to finish just out of the points in 11th.

“ So frustrating, because it was, as I say, one of the most difficult weekends of the season and we managed to make it into the points and in the end to lose by nothing, just for a puncture, right at the end, is very frustrating.”

After a few frustrating weeks with only 2 points to show for it, Gasly wanted to go into the summer break on a positive note. At the Hungarian Grand Prix, Gasly qualified in P5 and converted that into a 5th place finish setting him up for a great second half of the season.

How the Second Half of the season is going… 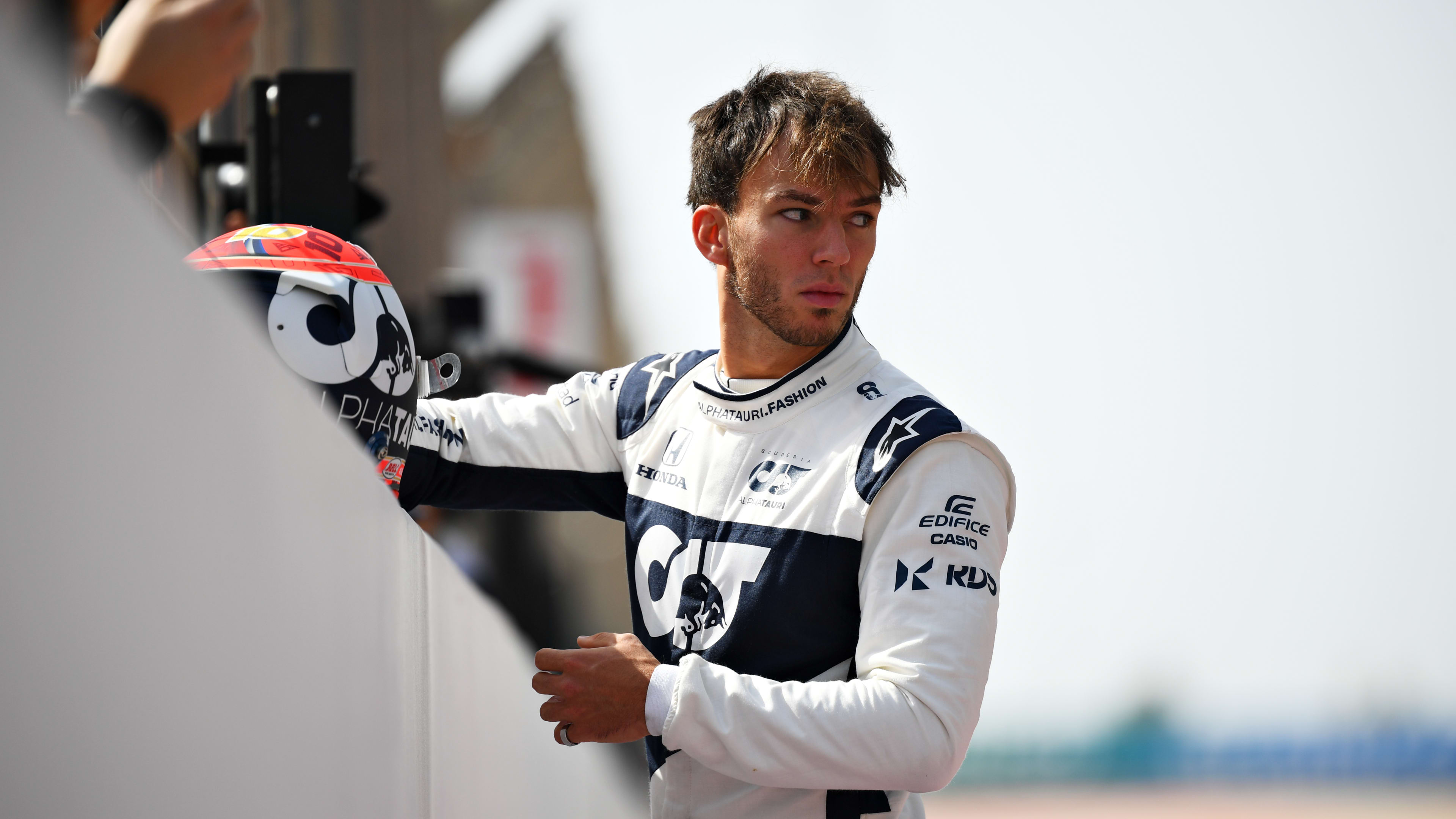 By Nathan Hartley9 hours ago

After the break, Gasly had two weeks of incredible form. After receiving half points for finishing 6th in Belgium, which was all thanks to his wonderful qualifying the day earlier, he went on to score big in the Netherlands. At a pretty unfamiliar track, Gasly qualified in P4 and converted that into another big points finish. The first two weeks of the triple header were going incredibly well for Gasly, proving again how good he has been this year. The third week of the triple header was at a track he knew well- Monza.

Despite winning at Monza the year before, Gasly’s 2021 weekend at Monza couldn’t have been any worse. After qualifying in …. You guessed it- 6th, the AlphaTauri driver had a disastrous sprint race which put him into the wall at Curva Grande. After a pretty awful Saturday, the driver had an even worse Sunday having to start from the pitlane after taking a new power unit and being the first of the two AlphaTauris to retire. After two weekends in the points, Pierre Gasly found himself without any in the third.

That takes us to Russia, our most recent track where Pierre Gasly had his first finish out of the points strictly due to poor performance. Bahrain, Styria, Silverstone and Monza all had unfortunate crashes and bad luck in the equation for not scoring any points. However, AlphaTauri missed out on an opportunity in Russia. Gasly himself said “he missed a huge opportunity” in qualifying and that the team worked on a bad strategy all weekend and that they “didn’t deserve points”.

Let’s hope that the weekend in Russia was just an anomaly and that the French Driver gets back in the points soon. If Gasly continues with his consistent, top-10 finishes we could be looking at his best finish ever by the time Abu Dhabi rolls around. Do these incredible performances, in a second-tier car, show that Gasly should be the one in the red-bull? In my opinion, Gasly has been one of the standout performers in 2021 and has shown what he can do time and time again (in a car that shouldn’t be performing the way it is). I think the Red Bull team is mad if they’re not considering him for a seat in the near future.

When Gasly lost his Red Bull drive in 2019, his friend Anthoine Hubert said to him “Prove them wrong… you’re going to show them you deserve a seat in a top team”.  Gasly has done just that. Now whether that top team is Red Bull or not, it doesn’t matter- Gasly has done what his late friend told him to: he proved them wrong.