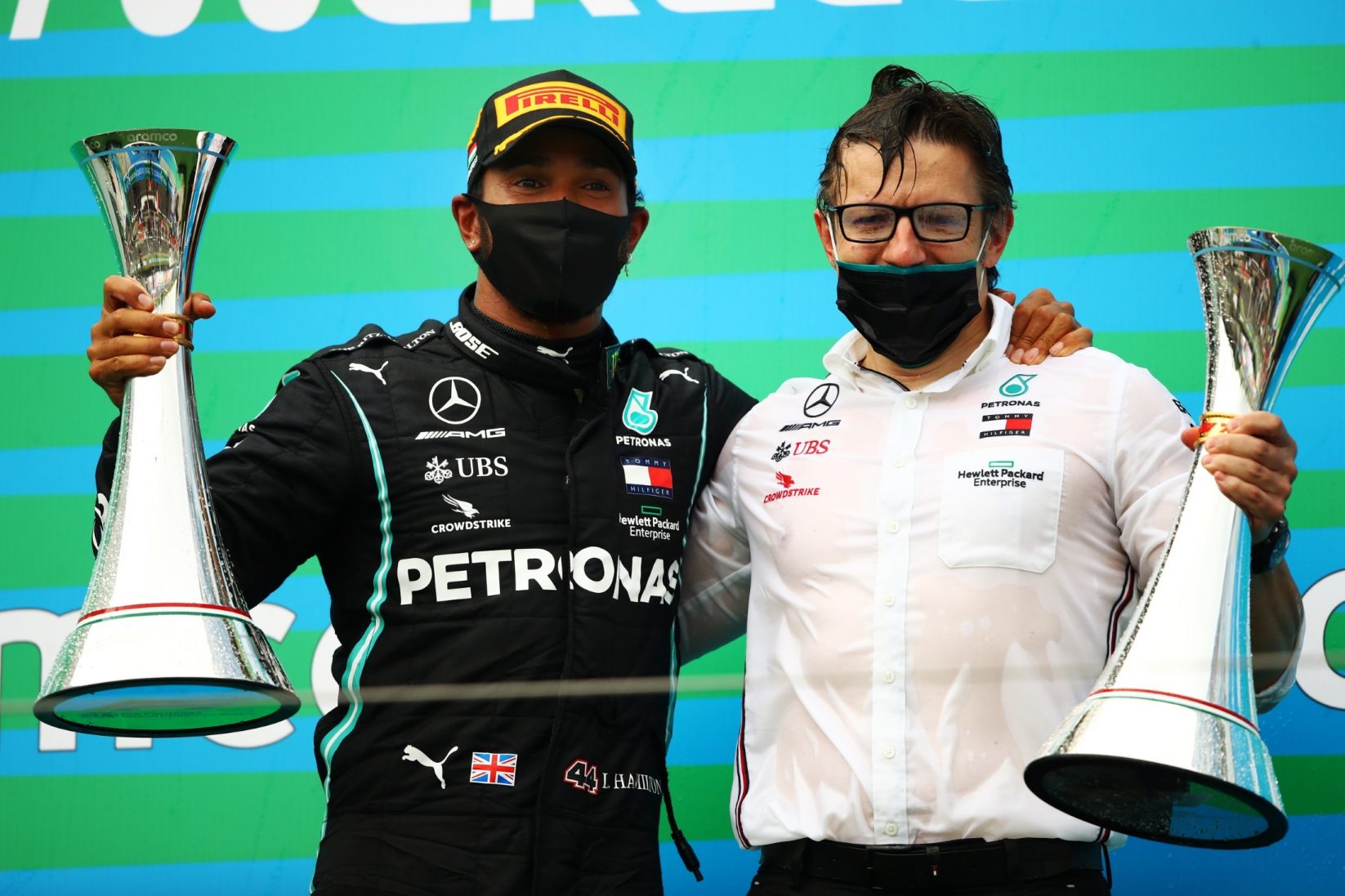 Lewis Hamilton is the most successful F1 driver of all time. But you cannot win a championship on your own, it’s a team effort. Whenever Hamilton is on track, you can hear a cool, calm and collected voice over the radio. The voice in question comes from Peter Bonnington, Hamilton’s race engineer. Here’s a little more about the man behind the voice.

Bono’s remained loyal to the team as he stayed with the outfit as they became Brawn GP in 2009. In his role as performance engineer, he coached Button to the 2009 title, his first taste of success in F1.

When the team switched to become Mercedes in 2010, he took over a brief stint as Michael Schumacher’s performance coach before becoming his race engineer for the 2011 season.

The end of 2012 saw Schumacher leave the team, and a certain Mr Hamilton entered. Bono took over as the Brit’s engineer, and the two have forged quite a partnership in the years following. Bonnington has been Hamilton’s engineer for 6 of his 7 world championships, and no doubt hopes to guide him to an 8th.

The pair have an almost telepathic understanding between each other, and this relates to sensational on-track performances. Hamilton fighting at the front of the field week in week out is unbelievably stressful, and the calm voice of Bono keeps Hamilton focussed and winning.

How Extreme E could pioneer an inclusive and sustainable motorsport future

Bono is very much a fan favourite too, thanks largely to his catchphrases used in the race. ‘Get in there Lewis’ and ‘It’s Hammertime’ never fail to give someone goosebumps.

Bono’s skill was highlighted in the Sakhir GP last year, when he made George Russell’s first experience in a W11 as easy as possible, coaching him all throughout the race, allowing him to extract maximum performance from the car.

It seems Bono will be in his current role for the rest of Lewis’ career given the great dynamic between the pair. After that, who knows, but anyone who works with Bono is seemingly going to be guided by the very best in the business.