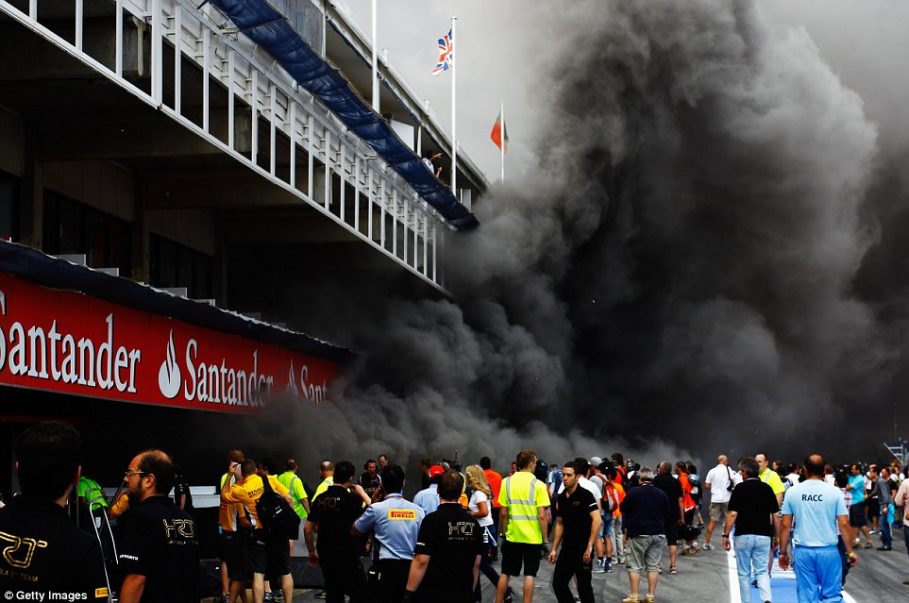 On this day in 2012: Williams pit garage suffered devastating fire

Remembering the time when the F1 world came together, to tackle a blaze that no-one saw coming.

The Spanish Grand Prix of 2012 is remembered for Pastor Maldonado’s first and only win. But few remember the devastating events that followed the celebrations.

The 2012 Spanish Grand Prix will go down in history for several reasons. It was the weekend of Frank Williams’ 70th Birthday celebrations, many of his family were present at the event, including the man himself.

Maldonado was a somewhat surprise pole position on Saturday, and few expected him to carry that momentum into Sunday’s race.

The team were elated after the race, and deservingly so, and they gathered in the pit lane to have a team celebration photo.

Following this photo, events took a turn for the worse.

While the celebrations were going on, the retired car of Bruno Senna was sitting in the garage, when a reported failed Kers unit sparked a fuel fire. This fire quickly spread through the garage and begun to burn through to the neighbouring Caterham garage. 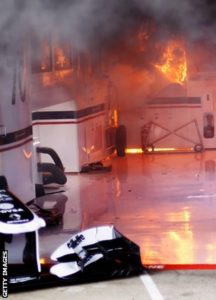 Figures from all across the paddock game together to extinguish the fire, but 16 people still sustained injuries of some form, largely through burns and smoke inhalation.

Following the incident, a Williams statement read: ” Four team personnel were injured in the incident and subsequently taken to the medical centre. Three are now receiving treatment at local hospitals for their injuries, while the fourth has been released. The team will monitor their condition and ensure they receive the best possible care.

“The team, the fire services and the police are working together to determine the root cause of the fire.” 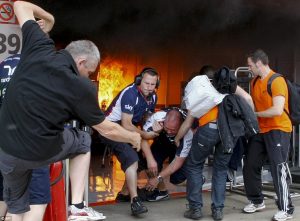 Mechanics were seen battling the blaze and helping each other to safety. Many risking their own lives to save others.

Thankfully no one was seriously hurt and no fatalities were reported.

It’s events like these however that make us realise how close things can be to going wrong at any given moment.

Key lessons were learnt from 2012, and we hope we never see an event like this again.

From RAF bomber base to racetrack – The history of Silverstone