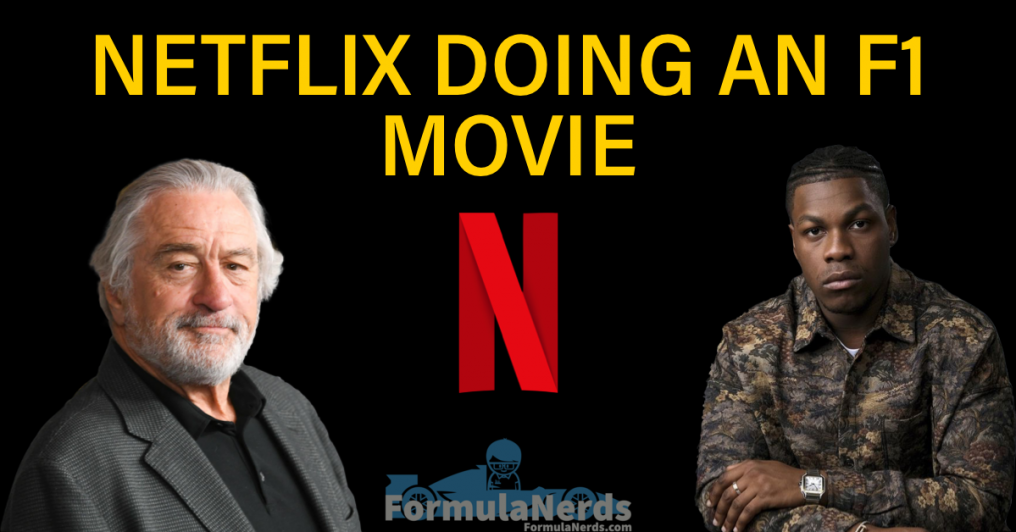 Netflix give the go ahead for F1 film

Popular streaming site Netflix have given the go ahead to release a fictional film set in the world of Formula One, featuring Hollywood legend Robert De Niro and Star Wars actor John Boyega.

Titled “The Formula“, Boyega stars as an Amercian F1 driver who becomes involved with the Mafia. The only way to save his family is to become a getaway driver for the mob. The film has been written by Gerard McMurray, who will also direct and produce the film. McMurray has recently formed his own productions company, Buppie Productions, and is known for other Netflix productions such as “Burning Sands” which was nominated for the Grand Jury prize at the 2017 Sundance Festival, and “The First Purge“, released in 2018.

No other details have been released so far, however McMurray gave us a teaser about what to expect on his Instagram page on Monday. “Feels amazing to see this idea in my head finally come to life that I’m writing, directing and producing,” he stated.

“My new production company Buppie Productions is teaming up with Tribeca Films and Netflix to bring you a dope original film coming soon called The Formula starring two of my favourite actors, John Boyega and Robert De Niro. It’s the story of a young man from Detroit who becomes an international racing star in the world of Formula One under the tutelage of his mentor with old mob ties.”

De Niro is also listed as a producer alongside Berry Welsh, who was behind critically acclaimed Netflix film The Irishman, and Jane Rosenthal, who has recently worked on Bohemian Rhapsody. De Niro returns to Netflix after starring in The Irishman, which starred Al Pacino and Joe Pesci.

British star Boyega, is best known for his role playing Finn in Star Wars: The Rise of the Skywalker, Star Wars: Rise of the Resistance and Star Wars: The Last Jedi. He has most recently starred in Steve McQueen’s anthology series Small Axe. In an Instagram post he said “Been plotting this movie for a while! We connected, collaborated and now we are ready! More than excited to announce this project to you all! F1 superstar by day, and getaway driver by night. Ready to bring Gerard McMurray’s vision to life!”

Meanwhile there has been no official announcement from Netflix as to when the much anticipated third series of Formula One: Drive to Survive will be released, with some speculating it may be in March.