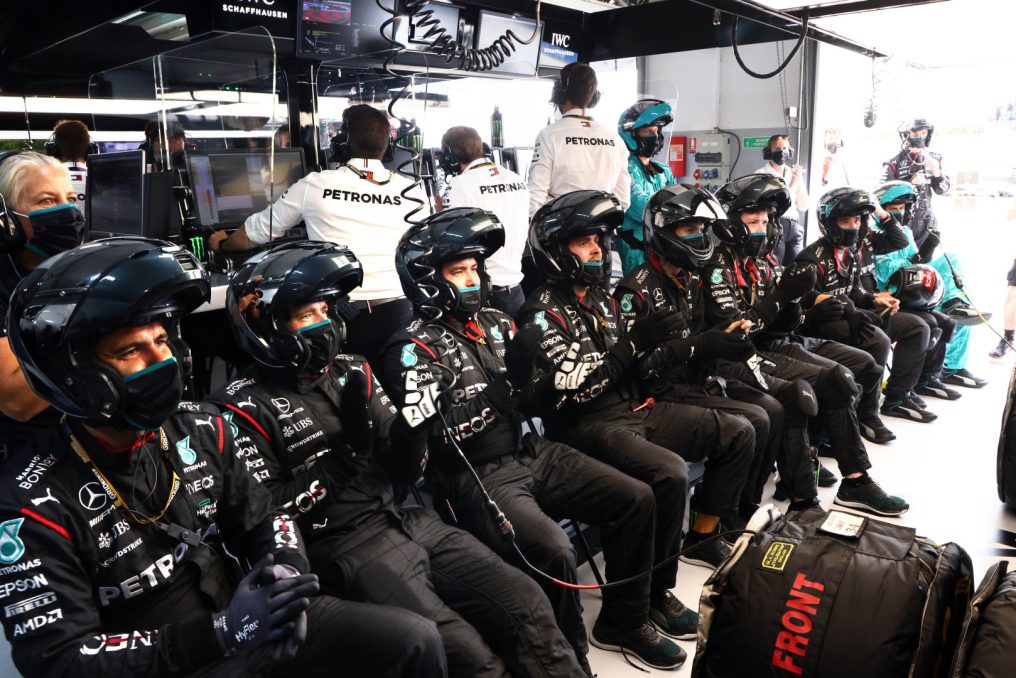 Mercedes, where art thou?

Brackley has been struggling for the last few races…

Mercedes has accustomed us to a complete dominance on the grid. This year, however, the German team is struggling more than expected, so much that it’s currently behind Red Bull in both the Constructors’ Championship and the Drivers’ Championship.

At the start of the season in Bahrain, Mercedes immediately proved not to be in the same condition of complete control, yet the race was won through strategies (and a bit of luck with Verstappen’s mistake). Imola can be considered a one-off as it was influenced by the rain and the drivers’ abilities mattered more than the team. Then, as was expected by 7-times Constructors’ Champions, the car became better for Portimao and Barcelona after a three-week hiatus, where Brackley gained important points and showed a competitive car.

However, since Monaco, Mercedes has collected a series of defeats, whereas the success ( and points) went to their direct competitors, Red Bull. The main problem is that in Monaco and Baku, Mercedes have basically annihilated themselves. Mistakes were made by everyone: the pitstops, the drivers, the strategies, the car setting…

This week in France the results weren’t too bad for Brackley, who collected 2nd and 4th place. Still, the drivers looked powerless to the Bull’s charge, they almost didn’t even defend from Verstappen. If Lewis Hamilton might not have had the possibility of trying an alternative strategy and the risk was calculated, Valtteri Bottas’ race was a disaster. The Finn struggled with the tyres especially at the end and, proven how powerful the two-stop strategy was, it might have been the best solution to at least gain a podium against Perez on a one-stop strategy.

Bottas’ frustration didn’t come out of anywhere on Sunday. The Finn has been consistently unlucky or off the pace at the beginning of the season. Moreover, the rumors of George Russell’s potential move to Mercedes aren’t helping him in a team where he clearly isn’t treated equally. It’s normal to sacrifice its second driver to help the Championship contender. However, the Constructors’ Championship this year seems set to be determined by the second seat and Mercedes and Valtteri Bottas aren’t helping each other.

Talking about mistakes, it’s obvious the Bulls are forcing Hamilton and Bottas into mistakes, as they need to be at a limit that they haven’t experienced in a couple of years. Hamilton’s mistakes in Imola and Baku, the botched pitstop in Monaco, the wrong strategies in France are all signs of a team that is pushing more than usual.

Moreover, the technical attack on Red Bull’s Flexiwing by Mercedes didn’t seem to bring any concrete results. Paul Ricard has always been Brackley’s fortress and yet Red Bull dominated, especially in the straights, where the new Flexiwing regulations should have slowed them down. Meanwhile, Red Bull is preparing its counter-attack on the front wing against the Germans.

By James Mackenzie11 hours ago

Obviously, Mercedes isn’t finished but it’s clear the team’s morale is low after the third Red Bull win in a row. Even the media strategy changed with milder tones on social media and a proper request of support to the fans. Considering the return of fans then, Mercedes might go through tough times on the track. Except for Silverstone, for the next few race the audience will all have a preference towards blue and orange, starting with the doubleheader at the Red Bull Ring, then the tripleheader of the Belgian and the Dutch Grand Prix (Max Verstappen’s home races), and the Italian Grand Prix (traditionally anti-Mercedes).

The summer break will grant Mercedes the biggest opportunity to bring updates but Brackley will also need to balance the 2021 and 2022 development. As much as September might bring technical advancements, it might also provide a further fraction in the team with the expected decision regarding Bottas’ future. As things stand, Mercedes needs Valtteri to perform in 2021 at his best, and to race for the second part of the season with a foot outside of the door won’t help in the quest for the Constructors’ Championship.

Mercedes has, however,  the quality to get back on route and, as they say, the race isn’t over until the chequered flag.