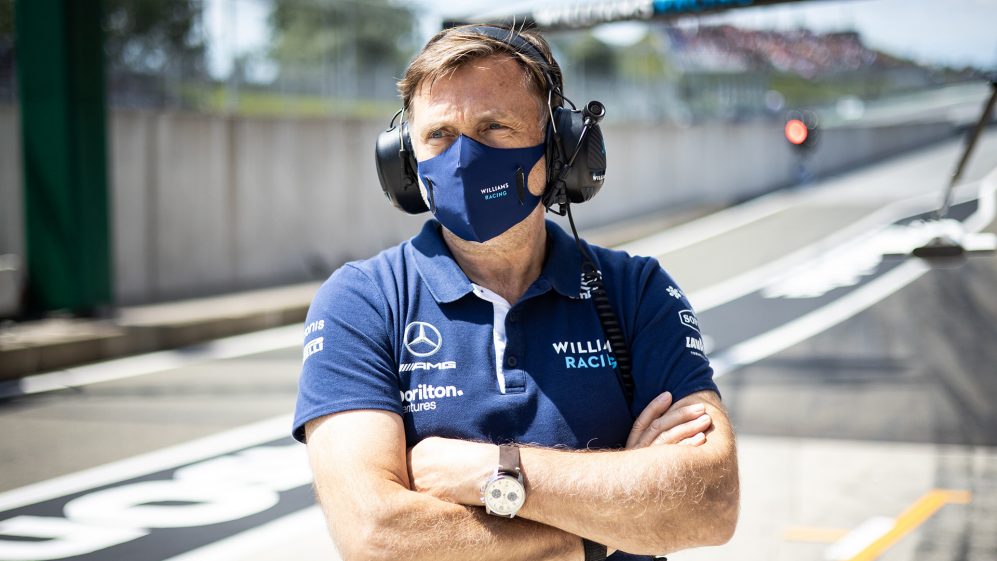 Jost Capito on Williams: ‘We want to move forward.’

On the penultimate episode of Backstage Boxengasse, Williams Racing Team Principal Jost Capito gave the German Sky Formula 1 podcast a little inside scoop on the team structures and what is planned for the future.

Capito, CEO of Williams Racing since February 2021 and current team principal of the Formula 1 team since June this year, talks about the cohesion that has formed in the team since he took office. He explained a ritual the team has been sticking to since the first day of testing: At the beginning of each race weekend, everyone at Williams Racing gets together and after the briefing Capito ends the meeting with a motivational call, “I shout ‘Let’s go…’ and everyone continues, ‘Racing!’ And we do that three times in a row […] In the beginning, the team complained, ‘It’s a bit stupid’. But now, I have to say, that’s the starting signal for the whole team on Friday, ‘Yes, now we are concentrated, now we go into the race weekend.’”

But it is not only this ritual that Capito has implemented. He talks about the changes regarding the team’s tactical approach, which also meant adjusting the initially conservative race strategy. Instead of focusing on the competitor closest to Williams in the points, Haas, and observing and reacting to what strategy Haas confronts them with, Williams’ focus now no longer strays in the direction of others. Instead, the team puts their trust into their own strategists when it comes to the decision-making. Capito emphasises that there is “no search for culprits” when things don’t work out.

This courage has paid off: In the last five races, drivers Nicholas Latifi and George Russell have scored a total of 23 points for the team, which means that they are currently in 8th place in the team standings, even above Alfa Romeo, who have scored 7 points so far.

The team’s success is also driven by Jost Capito’s friendly nature. He himself has said about his abilities as a leader: “I don’t believe in hierarchies; everyone has their job. And I see it as my job to give every employee the best opportunity to do a good job.” This is reflected in the fact that every single member of the team is expected to pull it together to improve the working atmosphere. This has a direct effect on the performance on the race track, Capito has stated.

At the beginning of the coming season, a new driver will be added to the team in Alex Albon. The decision to sign the Thai-Brit was relatively easy: He is young, has experience in Formula 1 racing and was in the Red Bull Junior Academy. The Williams team principle recalls that there were certain questions whilst recruiting Albon: “Where is the team at the moment? We want to move forward. We’re looking to the future and we actually need a driver who can stay with us for the longer term, who can build a team but who also has some experience without being at the peak of his career.” 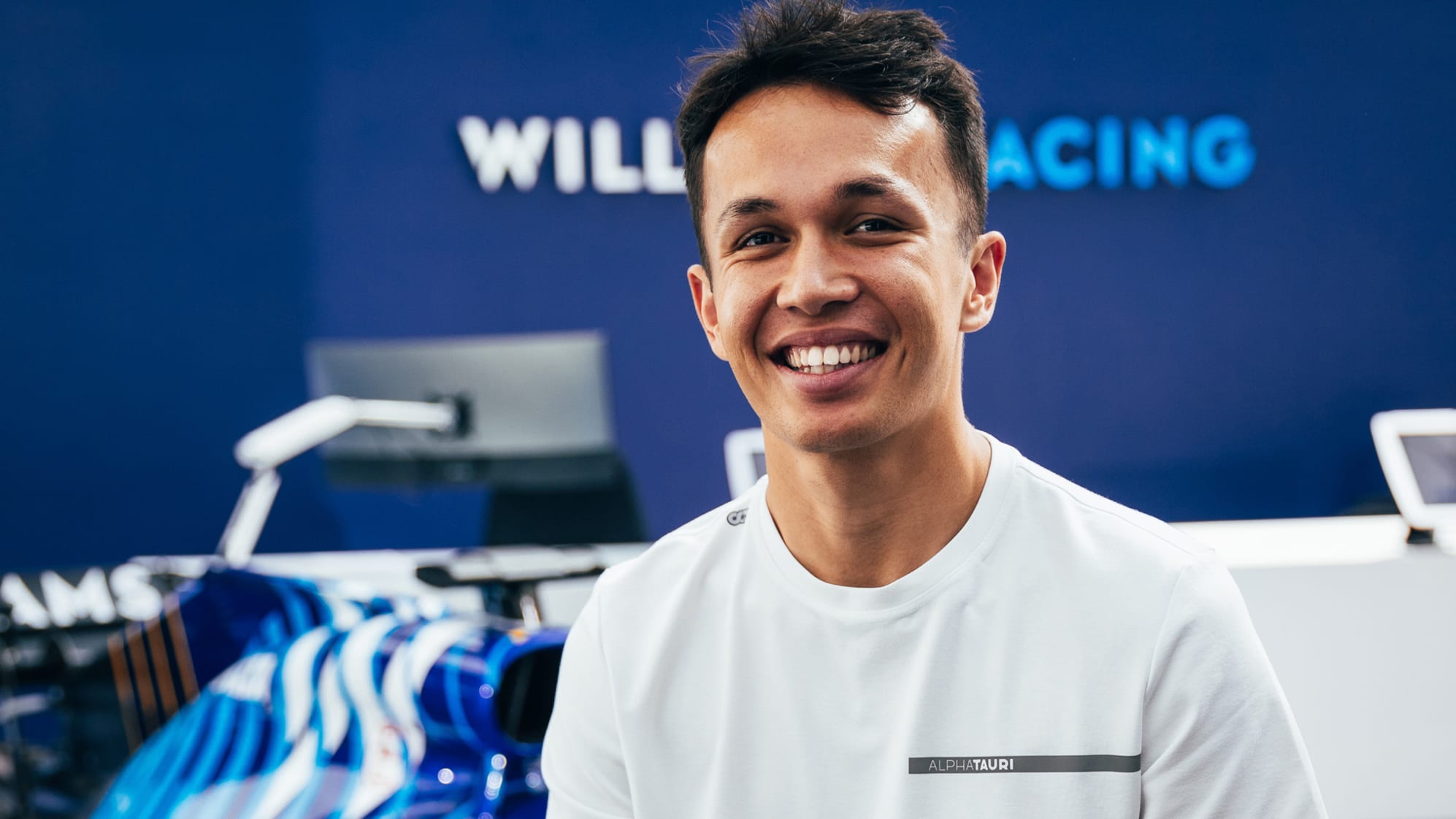 Even though Nico Hülkenberg was in close talks to succeed George Russell, who is driving for Mercedes for 2022, Williams decided to work with Albon for the long-term. The active decision to sign him speaks volumes about how the team is not considering him a transitional driver, but that the team wants to find a common path together with Albon to strengthen the team again.

In the same breath, Jost Capito talks about young talent in Formula 1. For him, it is clear that “there are very good young talents”, but that it will likely remain the case that it is going to be difficult for young drivers to move up to Formula 1. Funding is not the biggest problem – talent in the junior classes is always recognised and scouted early-on to avoid these problems. He reports that the Williams Academy is in the process of being set up, and that managers also approach him when they spot talent in the lower classes.

Regarding the future, the focus on sustainability is also a goal. The signs are clear: Formula 1 wants to become more environmentally conscious in the long run. For Capito himself, this means that his racing team is doing everything it can to play a part in progressive development: “I want to see motorsport in the future. And that can only happen if the sport becomes sustainable, more sustainable than it already is.” He considers it to be essential that they need to ask themselves: “How can we, as a company, become much more sustainable both on site and at the track?”

This is clearly visible in Williams Racing’s new sustainability programme, which they published on October 13th. They want to become climate positive by 2030. The strategy is to enforce a far-reaching climate protection programme to change processes. With their approach, they go further than other motorsport teams and racing series worldwide: Their big, comprehensive concern is to develop sustainable concepts through technological initiatives that are measurable and based on data.

Turkish GP: Midfield battle spicing up in race for 3rd

The fact that this is a big concern in Formula 1 can be seen in the climate-conscious goals of the racing series. Formula 1 racing, too, wants to become Net Zero Carbon by 2030 and switch to bio petrol. Additionally, there are other drivers who also speak positively about these changes, most notably Sebastian Vettel, who was using his helmet design for the Turkish Grand Prix to promote the importance of marine pollution and its global consequences.

The key pillars of Williams Racing’s new strategy are as follows:
1. Climate Action encompasses the reduction of carbon emissions for both global travel and Headquarters use. This includes reducing both waste and water consumption. In addition, energy is to be self-produced to get closer to the goal of climate positivity.
2. Biodiversity Stewardship shall protect the 60 acres of the Williams Headquarters, which includes Letcombe Brook, one of 240 chalk streams worldwide.
3. Sustainable innovation involves managing the complete life cycle of a race car, which leads to a full circular economy. This will involve developing new carbon capture technologies.
4. Industry Access for All covers the free development of all team members and the inclusion of not only academic programmes, but also scholarships and e-sports within the community.
5. Purpose Driven Leadership aims to ensure that a transparent and accountable culture is created within the team, the races, their partners and suppliers, providing clarity to the local community and fans.

It becomes clear that the approach for Williams Racing is not only about climate protection, but also about social policy. Nevertheless, the focus is on sustainability, as the strategy supports not only the Paris Climate Agreement but also the UN Climate change global agenda. This is reviewed and adapted annually so that the team can continue to develop.

Williams Racing is the first Formula 1 team to sign the UN Sports for Climate Action Framework. This makes them a pioneer in motorsport series. Jost Capito says: “As a huge global sporting platform, Formula One has the power to inspire millions of people across the world and as the pinnacle of so many advanced technologies, Formula One has the ability to create technical solutions to help tackle the challenges we face as a planet. As we progress towards our goal to be climate positive in the years ahead, my hope is that Williams Racing can inspire all those connected with our sport and beyond, using motorsport as a catalyst for significant and long-lasting change.”

With these progressive developments in the field of sustainability in motorsport, it is going to be interesting what approaches the British racing team will present in the future, both on track and behind the scenes. 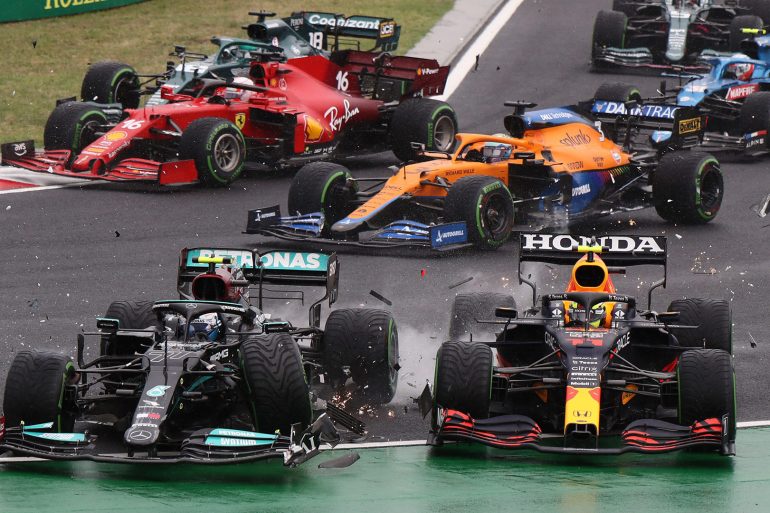