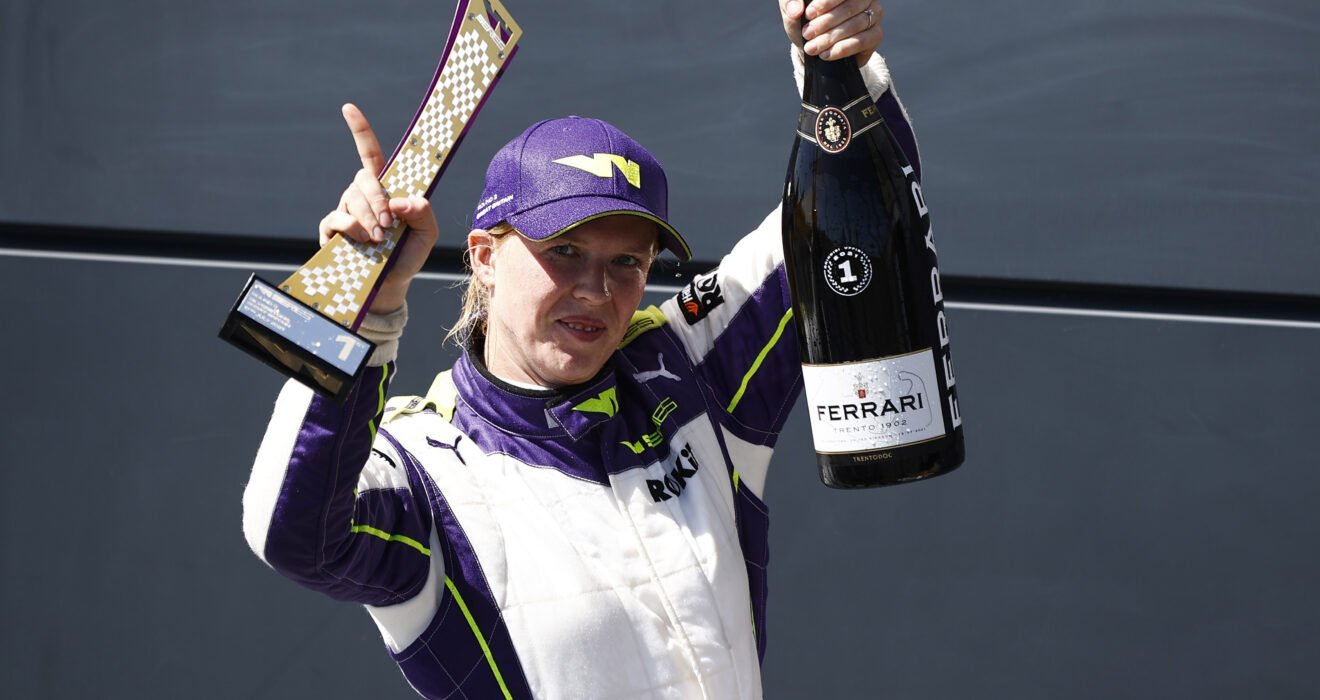 “It’s not going to be easy”

After winning the thrilling race at Silverstone, W Series star Alice Powell has taken back the championship lead from fellow Brit Jamie Chadwick, and is ahead by just 6 points.

The Racing X driver took pole position in qualifying but lost the lead to 23 year old Fabienne Wohlwend of Bunker Racing, who had a better start off the line and stole the position from Powell at Village corner. The fight between the two drivers continued into the race, pulling three seconds clear of Chadwick who was running in third. With 11 minutes of the race remaining, a safety car was dispatched as Sirin Racing driver Miki Koyama stopped on track. As the racing restarted, Powell was able to take the lead back from Wohlwend at Club corner, when she ran wide, allowing Powell through on the inside. Even after a near miss into the gravel, Powell brought back a home victory. Having won two races of this eight race season, Powell tops the championship standings ahead of Chadwick and Scuderia W driver Sarah Moore. Wohlwend sits just two points behind Moore in fourth meaning there are just 20 points separating the top four in the standings, with five races still left to contest.

However, Powell, who finished 3rd in the inaugural 2019 season, is being realistic about her championship chances this year. Speaking to FormulaNerds, explained the importance of keeping herself grounded and looked ahead to the next race in Hungary.

“A lot can happen in five races so it is still a long way to go,” she stated. “Things can change quite quickly, I had a great race in Austria in the first round, and it was roles reversed really for me and Jamie (Chadwick). She had a great one, and I had not so much of a great one in the second one, so it is about trying to keep the consistency as much a possible,”

All the things Nikita Mazepin has done wrong so far…

“It’s tough but you have just got to keep your feet on the ground because there is still a long way to go and we need to see how things can change,” she continued. “So I am going to just make sure I do and I am looking forward to the remaining races.”

With things looking very tight in the standings, one race could potentially swing the championship lead either way, but Powell knows how fragile her six point gap to Chadwick is. The race in Hungary in two weeks time could be crucial.

“Budapest is going to be an interesting circuit, and I think we are going to be a bit different with weather there,” said Powell. “It is sunny one minute and the next it’s absolutely bucketing down with rain. But it’s still ridiculously hot there. There is still a long way to go, some great tracks that we get to visit, it’s not going to be easy.”