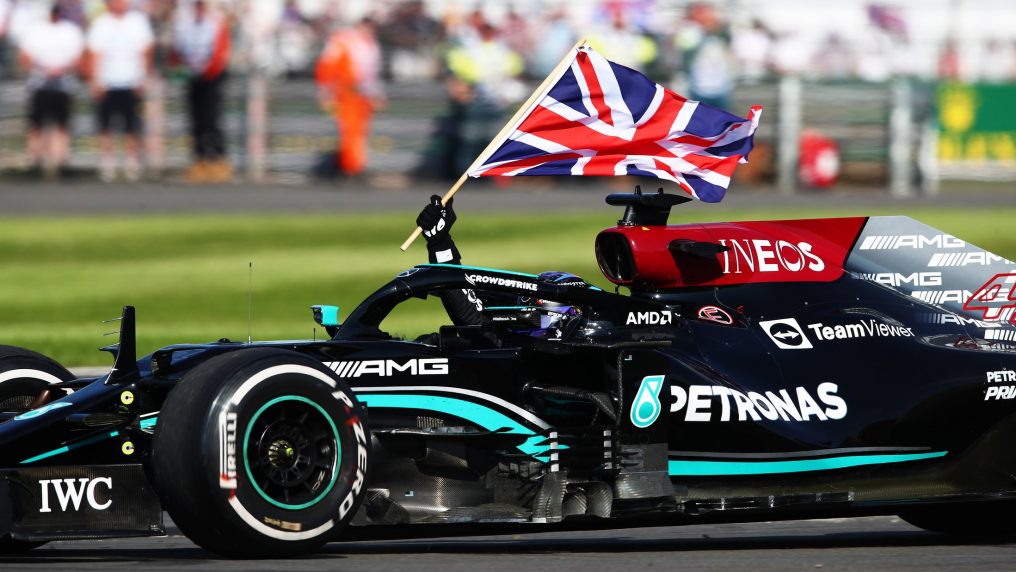 Is Hamilton fortunate to be leading the championship?

It’s been a scintillating battle so far between the two title protagonists with ups and downs for both drivers, and the leader constantly changing.

Despite Verstappen scoring two more victories than Hamilton and five more poles, it’s the British driver who finds himself leading the championship after 15 races with a slender two-point advantage.

So how is Hamilton managing to head Verstappen – and how much of this is down to luck?

We examine all the key moments so far this season and try to work out if his current position can be attributed to good fortune.

While hunting down Verstappen during the Emiliana-Romagna Grand Prix after being jumped by the Dutchman at the start, Hamilton slid into the barrier on a drying track while attempting to lap the Williams of George Russell.

The Mercedes driver found himself trying to escape the gravel trap, which he tentatively managed to do so, but had lost his front wing, slipped down to ninth, and was now a lap down on leader Verstappen.

But then a golden ticket from the most unlikely of sources was given to Hamilton.

Following the stoppage, Hamilton – along with many others – was given the opportunity to unlap themselves.

He quickly made his way up the order, eventually passing Lando Norris late on to complete the recovery and finish second – plus picking up a bonus point for fastest lap.

He made a rare mistake, but the subsequent red flag meant that his error was almost completely unpunished. Without the chance to regain a lap, there’s no way he would have finished on the podium – although the pace on his recovery drive was sensational.

It looked like it would be a comfortable 1-2 finish for Red Bull in Azerbaijan with Verstappen leading home teammate Sergio Perez – until disaster struck with just a handful of laps remaining.

On lap 46, Verstappen suffered a tyre failure which sent him into the barriers on the pit straight and robbed him of a certain victory; after a two-lap wait, the red flag was shown, setting up a two-lap sprint finale to the grand prix.

Perez was on pole at the restart, but Hamilton got the superior start and looked like he would steal the win from under Red Bull’s nose until he suffered a huge lockup at the first corner and shot down into the runoff area – meaning both title contenders left Baku with zero points.

His eyes must have lit up when he saw Verstappen’s stricken Red Bull, and got even larger when he initially jumped Perez on the restart.

Fortunately for Hamilton, his error by not turning off a braking system to generate heat in the tyres wasn’t severely punished as Verstappen was already out.

While he failed to make what should have been a huge gain, he didn’t lose out either.

The two title contenders finally came to blows for the first time at Silverstone.

On what was an enthralling opening lap tussle between the pair, Hamilton went for an opportunistic move at Copse, clipping Verstappen and sending him skidding into the barriers.

The seven-time world champion was given a 10-second time penalty for his troubles but was able to make up for the lost time and overtake Ferrari’s Charles Leclerc to take an eighth victory on home soil.

Well, it certainly helped that Verstappen retired from that race, considering the pace advantage the Red Bull seemed to have at Silverstone.

But Hamilton was probably fairly punished by the stewards for his role in the crash, and had it all to do after his time penalty.

But with his typical determination, he was able to claw his way back up the order and take victory – and there was certainly no luck there.

The race barely got going for Verstappen at the Hungaroring.

He was a victim of a pileup caused by Bottas at the first turn, severely damaging his Red Bull and dropping him heavily down the order – eventually finishing ninth.

Hamilton also had an eventful race, at one point lining up on the grid after a red flag delay on his own while all the other drivers pitted on the lap to the grid.

Eventually, he’d cross the line P3 but was promoted to second after Sebastian Vettel’s disqualification, retaking the lead of the championship for the first time since Portugal.

Well he was certainly fortuitous that Verstappen was punted off by his teammate early on – but that’s completely out of Hamilton’s hands.

So in this case, while a major points swing was seen in the 36-year old’s favour, he wasn’t gifted a race victory – as was seen by Esteban Ocon’s unlikely win.

Hamilton was certainly lucky regarding Vettel’s penalty, however.

The Russian Grand Prix was possibly Hamilton’s biggest opportunity to majorly outscore Verstappen over one weekend due to the Red Bull man starting from the back of the grid as a result of an engine penalty – but Hamilton only picked up seven more points than his rival.

It looked like the wait for his 100th victory would continue for Hamilton as he couldn’t get close enough to Lando Norris in the closing stages, the young Brit closing in on his first ever Formula 1 win – until the rain fell.

Hamilton and Mercedes boxed for intermediate tyres, while McLaren and Norris braved the conditions – but ultimately it was the Silver Arrows who made the right call.

All looked well for Hamilton as he crossed the line to take what was in the end a comfortable victory, but his heart must have sank when he saw Verstappen finished second.

Sure, Hamilton did regain the lead of the championship, but this was an opportunity to put some clear daylight between himself and and his rival.

While the rain did provide him with an opportunity, it was the team’s decision to pit their driver.

McLaren had the same option as Mercedes, but arguably showed their naivety in these situations, demonstrating how long it’s been since they were at the front of the grid.

A calculated gamble came off for Hamilton in Russia, but there was certainly judgement regarding the decision making.

If anything, Verstappen was more of a beneficiary from the rain, allowing him to jump from seventh to second and timing the change to wet weather tyres to perfection.

A little bit of luck here, but mostly good judgement from Mercedes and Red Bull.

So has be been lucky?

Hamilton could very easily be trailing Verstappen at this moment in time.

The Dutch driver lost out on a sure fire victory in Baku and his race was ruined in Budapest by Bottas.

So is it a case of Verstappen being unlucky?

Well, mostly. Of course, one mans loss is usually another’s gain – and this seems to be the case this year.

But to say Hamilton is only matching Verstappen this season due to luck would be doing a great disservice to his level of performance.

Hamilton hasn’t had a title battle since 2016, but he’s certainly showed his skills under pressure this year.

At Silverstone and Imola, his recoveries were mega and in the case of Sochi, he and Mercedes show their experience by opting to change to intermediate tyres.

So while Hamilton has had luck on his side at times, it would be unfair to say he doesn’t deserve to be in this title fight.