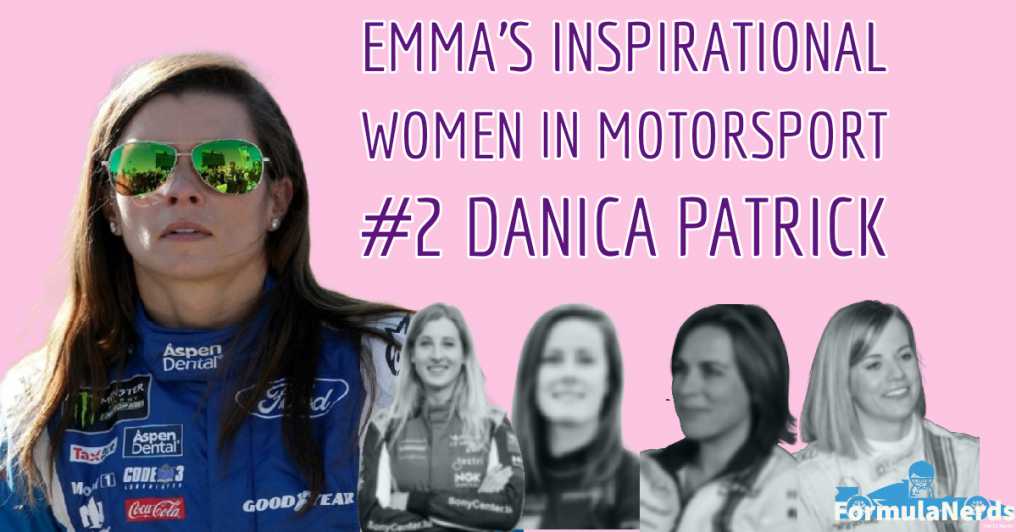 She is the most successful woman in the history of American open wheel racing. Best known for racing in Nascar and Indycar, Danica Patrick has started 365 races, claimed 14 top ten finishes, 7 podiums and 5 pole position wins throughout her long career in motorsport.

Things have never been easy for the woman from Wisconsin. She began karting at the age of ten and won her class three times in the World Karting Association Grand National Championship. At the age of 16, she dropped out of high school to pursue a career in  motorsport and moved to the UK to compete in Formula Vauxhall and Formula Ford. It was here that she realised that her gender and nationality would leave her with an unfair advantage.

It was hard for people to believe that she could succeed. While testing at Donington on a wet day, her team mate pulled in to the pitlane and was informed by the teams owner that he was not as fast as “the girl” and asked what he was doing. It disappointed Danica that she wasn’t being acknowledged for how talented she was. People were looking for a reason to criticise her, so she used this negativity to stand out and be different.

“I was brought up to be the fastest driver, not the fastest girl,” explained Patrick. “That’s how I’ve always approached my racing career. I’ve been lucky enough to make history and be the first woman to do many things. We have a lot more history to make and we are excited to do it.”

And she certainly did make history. After leaving the UK due to lack of funding, she came back to the USA and competed in 5 races for the Barber Dodge Pro Series for Rahal Letterman Racing then progressed to the Toyota Atlantic Series where she finished 3rd in the 2004 championship. She was the first woman to grab pole position in the series. 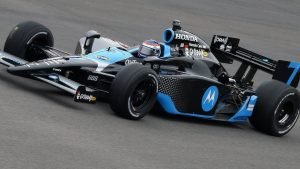 In 2005, the Rahal Letterman Racing team signed her for Indycar. In her 8 year stint in Indycar, she took part in 116 races, and claimed her first win in Motegi at the Indy Japan 300 in 2008. She took 3 pole positions, 7 podiums and was named Rookie of the Year in 2005. She finished a career high third at the Indianapolis 500, the best performance by a woman at the iconic race.

She left Indycar in 2010 to focus more on stock car racing. She joined NASCAR, and over her 7 year career in the sport, she participated in 191 races, claimed one pole position and 7 top 10 finishes. She completed 5 full seasons of NASCAR but announced in 2017 that she would be retiring. There were a number of “nudges” that led her to make this decision, most notable was the loss of her main sponsor in January 2017. Many believe that her lack of success, especially in NASCAR, left her career with the Stewart-Haas Racing Team on shaky ground. 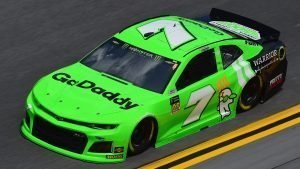 She was a driver that maintained high standards, she knew her worth, so did not want to step down into a smaller or underperforming team for the following season. The situation that she found herself in made her decision for her. She didn’t love racing anymore.

After a 27 year racing career, she realised that she loved parts of racing, but there were parts that no longer interested her. Throughout her career, she faced criticism regularly. There were those who thought she was a marketing machine, not a proper driver, that because she was small and petite that he weight gave her an unfair advantage. If she was just a marketing phenomenon, who was not fast enough, her career would not have been so long.

She may have not got the results she wanted, but she has achieved so much and inspired so many women and young girls to follow in her footsteps. A determined, strong willed woman who knows how talented she is, pushed aside the criticism and got on with it.

These acheivements made history. And rightly so. She worked hard to silence her critics.

When doing research for this article I was gobsmacked and disgusted at some of the sexist articles that have been written about Danica during her career. Articles written by men. Some of the quotes surprised me that this style of writing was allowed to exist.

“If she was ugly would we have cared?”

“She is marketable, she has sex appeal”

This is what is wrong. Motorsport is a male dominated industry, especially so in Indycar and NASCAR. Even with more and more women coming into the sport either as a driver or through other means, we still face the odd sexist comment. But some of the published articles I read about Danica’s career are exactly what stops some talented women from taking their first step in motorsport. Danica turned heads as a strong willed woman making waves in the industry. Why has that to be criticised?