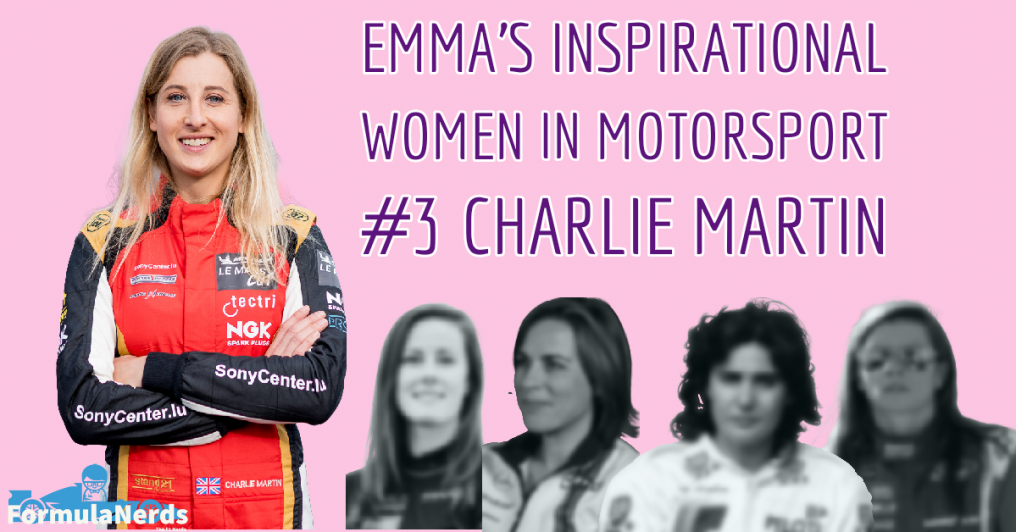 Not many people know her story, but Charlie Martin has used her status in the motorsport industry to raise awareness of transgender and LGBT rights. With diversity and inclusion now taking a more prominent role within motorsport, Charlie is aiming to become the first transgender driver to compete at the iconic Le Mans 24 hour race.

After meeting her at Autosport a couple of years ago, and sharing a few jokes with her, I have found her to be an inspiring woman. She has worked hard, not just as a race car driver but to bring transgender and LGBT rights to the forefront of everything she does, to inspire people but also to increase acceptance and understanding into motorsport. People will say that it doesn’t matter what gender you are. If you are a fast, competitive driver, why do we need to bring the discussion to the table?

“If you’ve never struggled to feel represented in your sport or career,” explains Martin. “If you’ve always looked up to the people who who’ve inspired you and encouraged and promoted you, and found that they looked just like you, you’ll never fully know how it feels to be the outsider. That’s why doing something that can inspire people whilst increasing acceptance and understanding in society, is that very thing that I must do.” 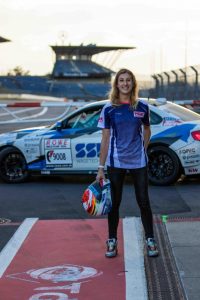 Charlie started her career in 2006, racing in the Hill Climb Leader’s Championship, and drove a Peugeot 205 while taking part in the prestigious British Hill Climb Championship. She competed in the European Hill Climb Championship in 2014 while driving a Formula Ford and a Norma Auto Concept M20FC prototype. She was the fastest woman and took 3rd in her class at the German round of the European Hill Climb Championship, 4 weeks after a 100mph crash into a mountain. That is something she is extremely proud of. In November 2017, she competed in the Trophee Tourisme Endurance Race alongside French driver Nicolas Schatz. They finished 3rd at the Bugatti Circuit inside the iconic Circuit des 24 Heures complex and has become one of her career highlights.

But she is better known to many for her performance in the Ginetta GT5 Challenge, the official support category for the British GT championship. As part of the Richardson Racing Team, she raced the Ginetta G40 and G20 race cars. She had very limited circuit experience before starting the championship so her final position of 36th may sound disappointing but she set herself realistic goals for her first full season of racing in the UK. It led her to her debut in the Michelin Le Mans Cup in prototype racing joining Gary and David Hauser on the Racing Experience Team. She clinched 4th place in her series debut at the Circuit Paul Ricard.

This year, with very limited on track action due to the coronavirus pandemic, Charlie was involved with the FIA Formula E “Race at Home Challenge”. This was a charity event to raise funds for UNICEF, where keen gamers could race against official Formula E drivers. She became a regular guest driver on the challenge and was the first transgender driver to be affiliated with Formula E. From this she also took part in 3 races of the W Series E-Sports league. 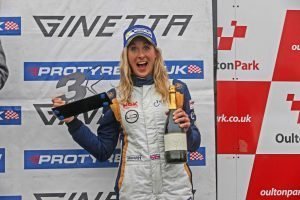 Most recently, she has been taking steps to reach her goal of racing at the Le Mans 24 Hour race. In September this year, she raced at the ADAC Total 24 Hours of Nurburgring in a BMW M240i as part of the Adrenalin Motorsport Team. She was the first transgender driver to compete and finished 4th in class on her debut. Next year she will be racing with the Praga Team in the BritCar Championship, racing a R1R prototype car.

“It’s an amazing opportunity to be racing with Praga,” said Martin, after the announcement was made. “I’m over the moon. The car was lightning quick when I tried it, it’s going to be an amazing season next year.”

It is clear that her race career is no publicity stunt. She is talented. She has her sights set on a drive at Le Mans which has always been her dream. “I’m not going to stop until I’ve made it a reality,” said Martin. “I just think it would be an incredibly inspiring thing and an incredibly powerful moment for the LGBT community. Because in a sport that doesn’t really have much visibility at all, I think it makes it even more powerful to do something that can really help inspire positive change in society”

Growing up, she knew she was different to other kids. Growing up, she was learning that the rest of the world thought that this was wrong. She felt that being herself was something to be ashamed of and that it can change a vision of anything you hope to achieve in life. She regularly receives negative comments on social media, asking why she feels the need to bring LGBT awareness to the forefront of what she does. But I put it to you that 7 time World Champion Lewis Hamilton receives the same comments, asking why he feels the need to bring forward his views on racism to the forefront of Formula One.

The answer is the same.

We need inspirational people in the sport like Charlie, who can educate us on their experiences, bring awareness to something so important and help to make the sport a more diverse and inclusive place to race, to watch and be involved in.