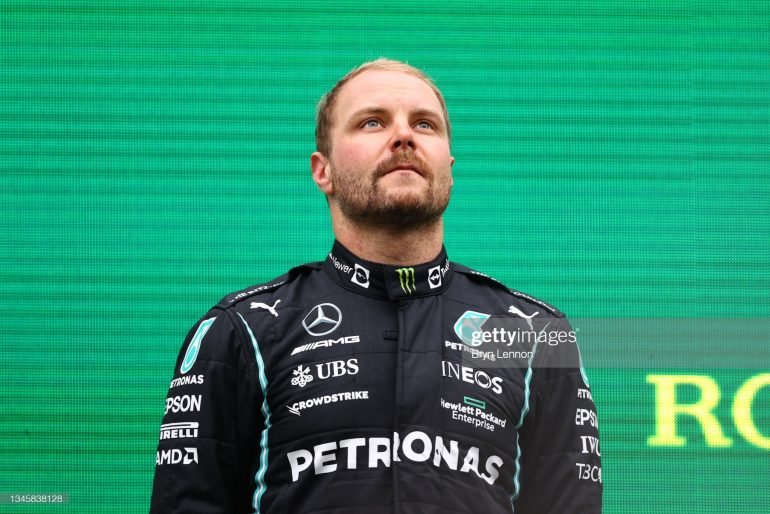 England, Italy and Germany are among the countries that made Formula One so great. Their drivers and car manufacturers all had some sort of role to play in the making of the sport.

It is a sport that travels the world basically, with teams that are made up of different nationalities and cultures. Among those ethnicities, along the years we have come across Finnish drivers in Formula One, who had made a significant impact on the sport. Such drivers are World Champions Keke Rosberg, Mika Häkkinen, Kimi Räikkönen,  and current Mercedes driver, Valtteri Bottas.

Finland is a country that has always been present in motorsport, not only because of its drivers. Moto GP will host the Finnish Grand Prix for the first time since 1982, at the Kymi Ring. It was supposed to take place in 2020 and 2021, but Covid-19 restrictions had stopped the association from doing so.

After Moto GP take on the Kymi Ring, could we see a potential for maybe a Finnish Formula One Grand Prix in the future? 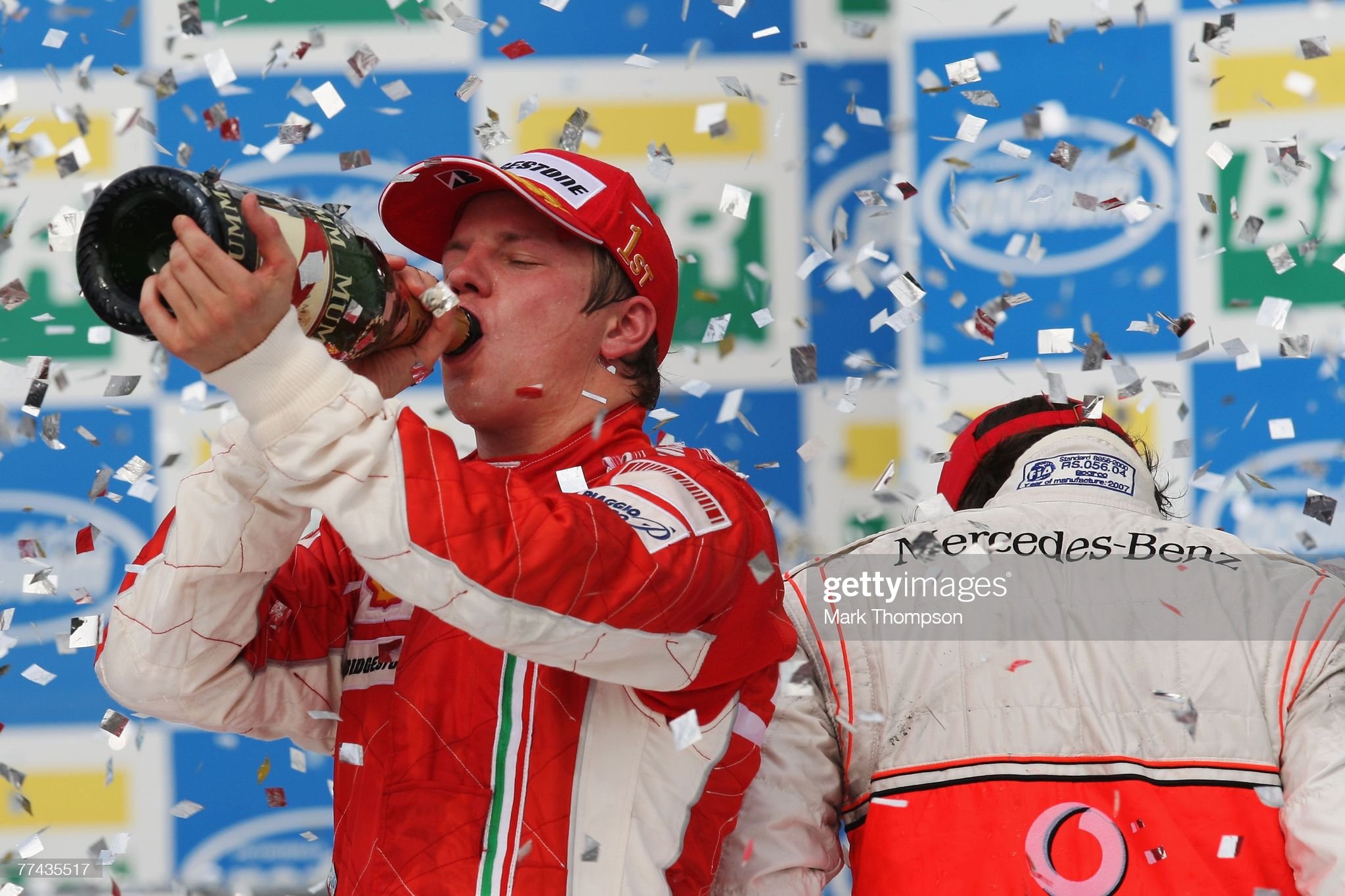 Back in 2019, a Finnish governing body that goes by the name of AKK Motorsport, had applied for funding from the Ministry of Education and Culture to launch a study to look into whether a Finnish Grand Prix would be possible in the future. The Kymi Ring is located about 160km far from the capital, Helsinki. If Finland were to host this Grand Prix, they would be one of the first Nordic countries in that area to do it in 40 years. Sweden were the last to hold a Formula One race, as the Anderstorp circuit was part of the calendar from 1973 to 1978.

The Kymi Ring is a 4.5km track which includes 21 curves and has the longest GP straight in Europe, which is that of 1.1km long. This main straight will be a great opportunity for overtaking using DRS, and also presents other opportunities thanks for it being a high-speed test circuit. The circuit has high elevation, and considering the cold temperatures in Finland, this could call for a really exciting race with an unpredictable result.

This track does meet the regulations instructed by the FIA, but one of the main reasons why we still have not witnessed a Finnish GP is money. Compared to Moto GP, Formula One is much more expensive to host, and that is why Finland chose to put their focus on Moto GP.

It is a shame that at such expense, Finns cannot experience their own drivers at their country. Finland had a huge impact on Formula One because of many drivers who had come and go.

Take Keke Rosberg for example. The 1982 World Champion was set to become a dentist or computer programmer, as he was the son to a veterinarian and a chemist. But motorsports took over his heart, and despite kicking off his Formula One career a bit late, as he drove in other motorsports, he still managed to leave his mark on it. Known as the Flying Finn, he managed to become World Champion with Williams, and later on finished third in the drivers’ championship in 1985. 1986 was his last year of racing, but Formula One did not have enough of the Rosberg name. A year before exiting the sport, Rosberg had a son, Nico, and he went on to win the 2016 Championship with Mercedes.

Nico Rosberg did not race under the Finnish flag, as he had taken on the German flag from his mother’s side. Despite this, he still holds dual nationality, and so it can be said that Finland once again made an appearnace in Formule One history.

In 1991, Mika Häkkinen got on board with Team Lotus before he switched to McLaren and went on to become a World Champions for two consecututive times in 1998 and 1999. Häkkinen got to race in the era of Alan Prost, Ayrton Senna, and one of his greatest rivals at that time, Michael Schumacher. Their battle could be described as the current rivalry between Lewis Hamilton and Max Verstappen. In 2001, the Finn announced that he would be taking a break from the sport, but then it went to actually be his retirement. Having just had his son, Hugo, Häkkinen wanted to put his focus on his family and private life. Considering that Formula One is a very dangerous sport, he kept in mind that Hugo will need his father in his life, and that is why he decided not to enter the sport again.

With Häkkinen’s exit, came Kimi Räikkönen’s entrance. Kicking off his Formula One career with Sauber, the Finn found himself with McLaren, the team with whom he shined and went on to become an important figure in the sport. 2005 is one of the main highlights of his career, as he won some great races such as that in Japan, but his peak arrived when he joined Ferrari and was titled World Champion in 2007. Also known as The Iceman, he decided to take a two-year break from Formula One and got himself involved in rally racing and NASCAR. But it looked like Formula One was the sport for him, and so in 2012, he was part of Lotus’ driver line-up.

He is now in his last year of Formula One racing, as he announced his retirement to be at the end of this season. Despite his great racing, Räikkönen will forever be known for his personality which distincts him from the other drivers. The Finn is not a person of many words, he speaks what’s on his mind and prefers to be left alone. Many would take him as arrogant, but us Formula One fans just love to see Kimi being Kimi and his presence in the paddock will surely be missed.

His Alfa Romeo seat will be taken by Valtteri Bottas next season, who currently drives for Mercedes. Many define Bottas as unlucky, or in Lewis Hamilton’s shadow. There has been many conspiracies about how his races had been sabotaged or he was ordered to stand back in order to help the Brit win. Many say that is the reason why Bottas never became a World Champion or as successful as other drivers.

In my opinion, Bottas is an unlucky driver. On a good weekend, when everything seems to be going right for him, it all comes crumbling down on race day. It’s a shame because he is a good driver with potential and he will not have the chance probably to showcase in a great car such as his Mercedes.

Keke Rosberg, sits aboard the Williams Honda FW10 during the Brazilian Grand Prix on 4 April 1985 at the Jacarepaguá circuit near Rio de Janeiro, Brazil. (Photo by Michael King/Getty Images)