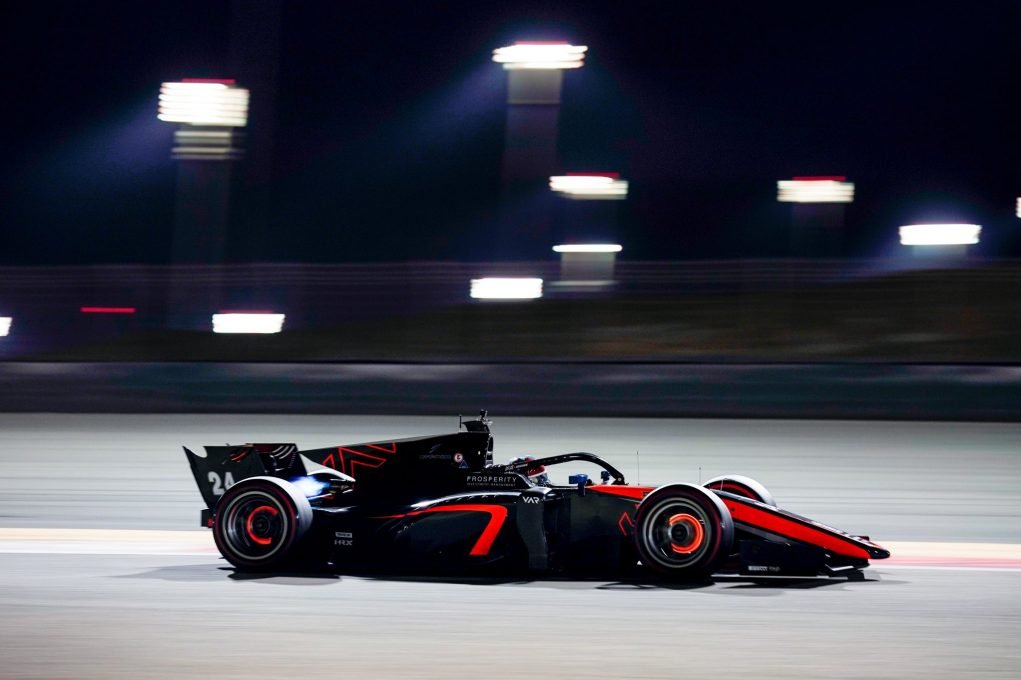 Vans Amersfoort Racing (VAR) has impressed in their first couple of weekends in F2 and F3. The Dutch team has already proven themselves to be ready to fight at the front of the field.

A string of bad luck means that the team doesn’t quite have the points to show for their efforts (in either series). Nevertheless, the team and drivers stay positive. They’re aware that it’s only a matter of time before they have something to prove their worth.

In the first qualifying session of the Formula 3 season, a surprise driver and team found themselves at the top of the timings. VAR’s Franco Colapinto shocked everyone with his and the car’s good pace, setting the fastest lap of the session.

The reverse grid system meant Colapinto started from 12th for Saturday’s Sprint Race. As the fastest driver on Friday, he would have expected to gain positions and score some good points in his first-ever F3 race. But a first lap collision with Roman Stanek sent them both to the back of the field. Colapinto finished that race in 25th.

In the Feature Race, Colapinto led for the first fifteen laps. Victor Martins eventually overtook him and went on to win. He managed to hang on to cross the line in third, which could have meant a podium in his and VAR’s first-ever F3 weekend. But a time penalty for exceeding track limits meant that Colapinto only finished fifth in the final classification.

Colapinto sits sixth in the point standings after round one of F3. This puts him well ahead of his two teammates in 17th and 18th, but doesn’t tell the story of his pace in Bahrain.

VAR’s Formula 2 team also surprised in their first weekend in F2. Right off the bat in the first qualifying session of the season, Jake Hughes was a clear contender for pole position. But he qualified eighth in the end and was taken out of the Sprint Race by Clement Novalak.

He qualified ninth in Jeddah one week later and consequently started the Sprint Race from second. This time he managed to hold on to finish P3, scoring the team’s first F2 podium.

“I mean I think everybody should probably be quite impressed, no less myself,” said Hughes in the press conference after the race. He added that there “are obviously nuances” to F2 that “require a lot of learning to perfect”.

Hughes said that the team is “not perfect for sure”, but that they will get there as there are positives to take from the season so far.

“But we can see that we get the car in the window at the right time, that we’re very quick, and that’s the underlying glaring positive to take away from these two weekends so far. Apart from this podium which is obviously quite nice!”

Unfortunately for Hughes and VAR, that “nice” podium was short lived. Later it was found that the plank of his car was a few millimetres thinner than the regulations allowed, and he was disqualified from the race.

Hughes remained positive despite this setback, saying on Twitter:

“We’re a team, we win and lose together. Let’s give it our all today.”

And he did, coming from ninth in the Feature Race to finish fourth. These points put Hughes ninth in the driver standings after two rounds. While his teammate, Amaury Cordeel, sits in 20th place, it’s clear that the VAR team has the pace to achieve great things. Hopefully, they’ll avoid more bad luck in the future.