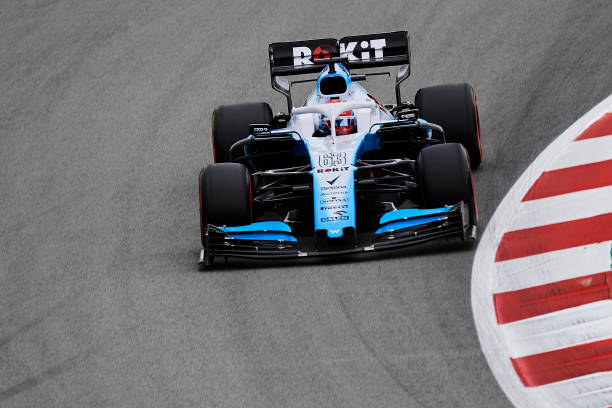 The Briton has had a long journey throughout his Formula 1 career so far, starting from the very bottom to rising to the very top

George Russell spent three seasons with backmarkers Williams. The pair endured a tough time, but the Briton reveals how his time with the Grove-based outfit improved him as a driver.

Russell now finds himself as a Formula 1 Grand Prix winner. The Briton won his first race at the penultimate race of the season in Sao Paulo.

However, the 24-year-old has had a tough journey, during his time in Formula 1. The Briton started his Formula 1 career at backmarkers Williams before making the step to Mercedes.

Russell made his debut in Formula 1 at the Australian Grand Prix in 2019, partnering up with Robert Kubica. The Briton was used to fighting for race victories, during his time in the junior categories.

However, the Grove-based team were struggling financially and on-track. The car would find itself four seconds behind the rest of the field, making the drivers “drive to survive on-track”.

The Briton had just come off winning the Formula 2 championship, leading to a massive change in competitiveness.

Russell was a guest in Jake Humphrey’s High Performance Podcast and discussed how his time at Williams helped him become the driver that he is today.

After realising that he would not be able to fight for poles and victories anymore, the Briton had a new mindset, saying:

“Success is all relative.”

The 24-year-old said that he had to find his “own successes”: “I would celebrate when I was only half-a-second away from 18th on the grid rather than a second.”

Russell throughout the podcast was emphasising the term of “relative success” to feel satisfaction from the job he was doing, especially at Williams:

Dealing with Norris at McLaren and Albon at Red Bull

Russell won the 2018 Formula 2 championship ahead of Lando Norris and Alex Albon. The trio were all called up to Formula 1 the following season. However, Norris and Albon, both found themselves at more competitive teams than Russell did.

The Thai driver was challenging for podiums, whilst Norris was constantly challenging for the points place. Meanwhile, Russell was limited to only finishing ahead of his teammate due to the car’s performance.

Russell admitted that it was “difficult to digest” as he “just beat them (Norris and Albon in Formula 2)”. However, the Briton believed that “from a difficult situation, you always have to look at the positives”.

Driving at the back of the grid allowed the 24-year-old to have no pressure as no one would be watching the backmarkers. This allowed him to make mistakes with no one noticing.

This was different to Norris and Albon as if either of them made a mistake, then “the whole world would know about it”.

This gave the Williams driver an opportunity to try new things that might not end up going well. On the other hand, Norris and Albon could not do that as the pair would only be focused on the results side of things.

After a tough start to the season, Russell admitted that he thought if driving for Williams was “worth it”. It would take up until the Monaco Grand Prix for the Briton to change his mindset completely.

The 24-year-old found himself with a big margin to his teammate Robert Kubica in last. Therefore, he was thinking just to “bring the car home and take no risks”.

However, the Briton soon realised that it would “teach him nothing”. So, the 24-year-old decided to go “flat out” for the rest of the race and “taking all the risks just for 19th”.

It was what the Briton needed to do to learn and progress, leading to him pushing as hard as he could for the rest of the season. By putting pressure on himself to perform, it allowed him to:

“Create an opportunity for me to build a greater toolbox of experience for me to tap into for whenever I need it for the future.”

Round 17 of the 2020 season in Sakhir would present Russell with his first opportunity in a race-winning car. Lewis Hamilton had to sit out due to the seven-time world champion catching COVID-19.

The Briton’s first qualifying session would see him qualify in second. He only missed out on pole by 20 milliseconds to teammate Valtteri Bottas. Despite the impressive showing, Russell was still “disappointed with his own performance”, believing that he could’ve done much better.

The 24-year-old went into the race with the mindset of “I have nothing to lose”. At the same time, the Briton knew that Bottas had a lot of pressure as the Finn had already four seasons with Mercedes and had done 17 races in the 2020 car already. Therefore, if he didn’t beat him then that was fine, but if he did then “that’s huge”.

Russell overtook the Finn going into Turn One. After that, it seemed as though the 24-year-old would secure an easy victory. However, the Briton suffered a slow puncture during the race, forcing him to make a pitstop. He then had to make another stop as the Mercedes pit crew fitted Bottas’ tyres on the Briton’s car.

Russell admitted that he was “disappointed to not be at the top step of the podium” after the race. However, 24 hours later, the Briton said that it may have been “a blessing in disguise” as it “allowed him to show more of his quality”.

The 24-year-old emphasised his point, saying: “A race win would have not changed anything for me (getting the Mercedes seat).”

The driver Russell is today

During his time at Williams, Russell managed to achieve top 10 in qualifying multiple times. The Briton first achieved this at the 2021 Austrian Grand Prix.

The 24-year-old even claimed a podium finish with the Grove-based team at the 2021 Belgian Grand Prix. The Briton qualified in second place after a rain-soaked qualifying session. Russell would earn a podium finish after the race was only ran behind the safety car due to torrential rain throughout the whole day.

Russell made the switch from Williams to Mercedes in 2022, partnering up with Lewis Hamilton. The Briton did not have the season that he was expecting as Mercedes struggled throughout the 2022 season.

However, the 24-year-old ended the 2022 seasons with eight podiums with the Brackley-based team. The Briton even went one further and won his first ever Formula 1 Grand Prix in Sao Paulo ahead of Lewis Hamilton.

Mercedes will be looking to bounce back for the 2023 season, hoping to be fighting for the world championship once again.