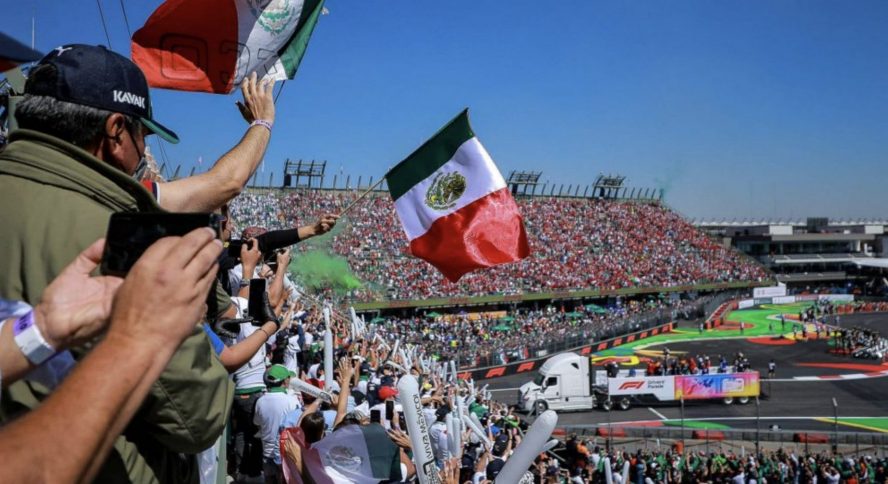 Here’s a look at what all six Mexican racing drivers contributed to the sport from the past 60 years.

The Mexican racing driver is currently with Red Bull Racing. He’s previously driven with Sauber, McLaren, Force India and Racing Point. Sergio’s first win was the 2020 Sakhir Grand Prix. Since then, he’s been fiercely fast in the RB16B car. At present, Perez has entered 221 Grands Prix to earn 19 podiums and amass 1,006 points. The Guadalajara native is an analytical and dynamic driver. The 32-year old is brilliant at overtaking on track to get closer to the chequered flag. Perez is the first Mexican to win in Monaco. Also, he’s the first North American with a victory since Gilles Villeneuve in 1981. Red Bull got two cars on podium from his excellent drive holding off other drivers. Red Bull Team Principal, Christian Horner has recognised his talent and that he’s well into competition. So much that a few days ago, Sergio extended his contract with Red Bull Racing until the end of 2024. Perez is positioned third with 110 points in the driver standings. With this third career win, he’s become the most successful Mexican driver in F1.

The only other Mexican racing driver to win in F1 was Pedro Rodríguez. His first entry was the 1963 United States Grand Prix. Rodríguez revealed his power and pace when he won the 1967 South African Grand Prix. He drove a Cooper-Maserati. The Mexico City native also won the 1970 Belgian Grand Prix with the British Racing Motors (BRM) team. For his career, Pedro has raced with Ferrari, Lotus, Cooper and BRM. With 55 race entries, he achieved two wins, seven podiums and 71 points. His last race was the 1971 French Grand Prix. Pedro was known as one of the best drivers in wet conditions. Sadly, Rodríguez was killed on 11 July 1971. He was driving a Ferrari at an Interserie race in Nuremberg, Germany. Despite that, the legend lives on at the Mexico City race track named after Pedro and his brother, Ricardo. The commemorative name is Autódromo Hermanos Rodríguez.

In the 1960s, Ricardo was the first Mexican racing driver to partake in F1. At 19, he was the youngest F1 driver ever to race for Ferrari at the 1961 Italian Grand Prix. Ricardo had six race entries, five starts and four career points. Scuderia Ferrari considered him a future champion. Ricardo was ambitious for racing from early on. Then life was cut short. Rodríguez died during a practice session. His Lotus’ rear right suspension failed resulting in a turn towards the barriers. Mexico mourned the youthful driver.

By James Phillips24 hours ago

Moisés entered eight F1 Grands Prix through the 1960s. His debut was the 1963 Mexican Grand Prix. Although Solana didn’t score any career points, he participated in F2 with Ferrari as well. Moisés managed to drive for Scuderia Centro Sud, Team Lotus, Cooper Car Company and Golf Leaf Team Lotus. Solana set records across racing series. His car number was 13. In 1967, Moisés encountered a fatal accident at Valle de Bravo, Mexico State – Hillclimb. His McLaren overturned and caught fire. Mexico continues to celebrate his memory. At Autódromo Hermanos Rodríguez, the first chicane from turns 1-3 is named after him, Ese Moisés Solana.

Héctor had a good run in Formula 1. He had 58 race entries and 41 starts. Rebaque drove for Hesketh Racing, his own F1 Team Rebaque and Parmalat Racing Team. Hailing from Mexico City, he participated in F1 during the 1970s and 1980s. His debut race was the 1977 Belgian Grand Prix. Héctor’s helmet displayed red, white, green and black to represent the Mexican flag. His last race was the 1981 Caesars Palace Grand Prix. During his short spell, Rebaque accomplished 13 career points.

Esteban earned 59 race entries and starts. From 2013 to 2014, Gutiérrez drove for Sauber. His debut was the 2013 Australian Grand Prix. Down Under was good to the rookie. In Spain, he saw his first fastest lap. The first time he scored points was at the Japanese Grand Prix. Soon, he signed as a Ferrari test and reserve driver in 2015. Esteban enjoyed a stint at Haas in 2016 too. By 2018, Gutiérrez got an opportunity to become a reserve and development driver at Mercedes. At present, Esteban is a Mercedes brand and business ambassador. Who knows what could happen in the future…