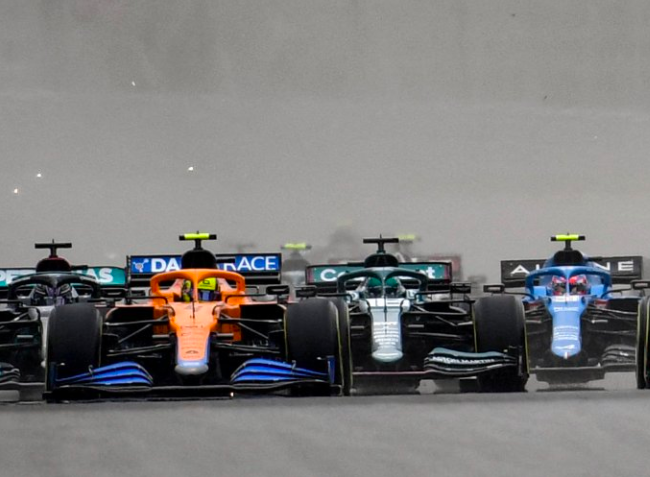 How Formula 1 Is Working Towards 100% Sustainable Fuels

From a partnership between Formula 1 and ARAMCO, there’s an ambitious target for 100% sustainable fuels.

This fuel initiative is working towards the goal to be Net Zero Carbon by 2030.

While Formula 1 has an impact in terms of logistics and transportation, F1’s Chief Technical Officer, Pat Symonds provided insight into how the fuels will be produced.

Pat promoted, “The thing that sets the targets is simply finding enough of the products that we need. There’s plenty of ethanol around, it’s easy to put that in. But when you start to go into these more complex molecules, there’s not that much around and that’s why the middle of the decade is realistic.”

Formula 1 will focus on improved components including a carbon capture with the help of enhanced technology, agricultural waste, or non-food biomass such as algae. The fuel will start on a small scale and with tracking development lead to eventual mass production.

Symonds shared, “Carbon capture is a method that actually we’re quite keen on because it takes the carbon directly out of the air. It’s in its infancy, but there are plants doing it; there’s some in Canada, there’s one in Switzerland that’s quite large, there’s some in South America that are quite large. So it is doable, and I think in 20 years’ time, actually there’ll be quite a lot of it around. But it is very, very experimental.”

It’s evident that there may be challenges to overcome. Yet, Formula 1 is set to create a high-quality sustainable fuel that will drive sport. Energy density is a major factor.

Symonds said, “Road fuels in the UK are with 10% ethanol now, and they have been in certain parts of Europe for a while. But ethanol is not the best fuel for high performance. So what we’re doing is, we’re synthesising a high-performance, fully sustainable fuel, and that is something that is both difficult to do and hard to do in the quantities we need. So it is quite an ambitious stretch that we’re making.”