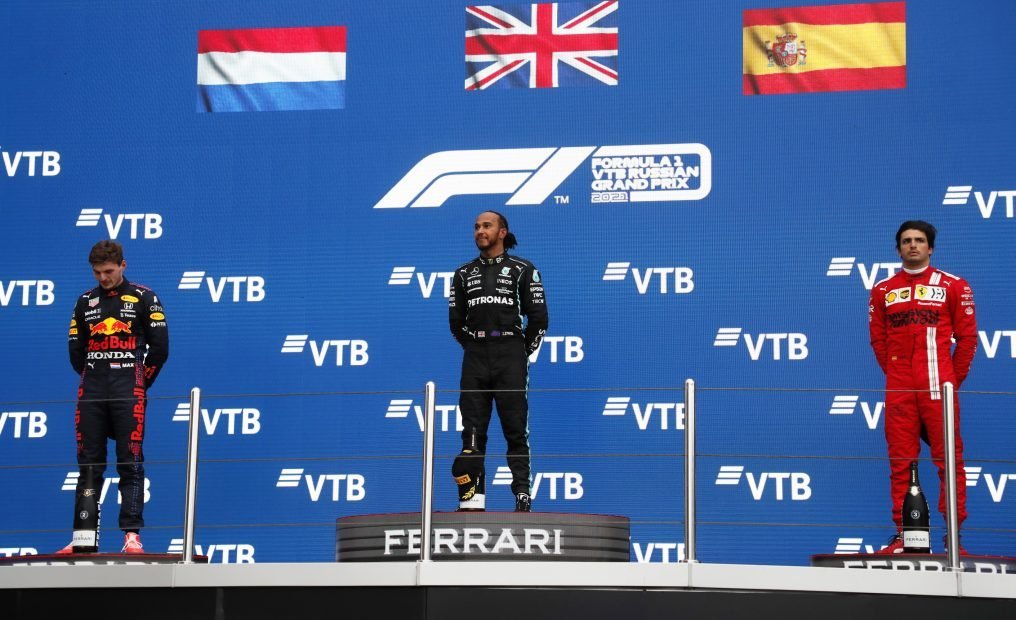 Hero to Zero: Who came out on top in the Russian Roulette at Sochi?

Sochi granted fans one of the most eventful races of the season with a shocking twist at the end. Who came out on top and who was defeated by the Russian Roulette?

Lando Norris had the perfect weekend. Until the rain.

On Saturday, the young Brit conquered his first pole position by daring to make the call for soft tyres. Norris not only proved once again his talent in tricky conditions, becoming the fifth-youngest ever to start from first, but to be able to make his own choices. He then went on to conduct a perfect race, overtaking Carlos Sainz and defending from Lewis Hamilton until the change of the conditions.

The mistake that cost him the victory is hard but understandable. The driver didn’t fully know the weather’s development and had in front the biggest chance to take. As true it is that the pit wall could have provided a clearer communication, the risk was worth taking. The game resulted in a hurtful defeat but chances won’t lack in the future. Only the brave.

On one side, the Sir made once again history, conquering his 100th victory. The win came not only through talent but by using the experience of the first 99 victories to claim the top step of the podium: in a situation of complete chaos, Hamilton decided wisely to trust the team and fit intermediate tyres, walking unbothered to his victory, almost 1 minute ahead of everyone else.

On the other side, Hamilton let the almost-certain pole position slip away on Saturday, penalizing not only himself but his teammate as well. On Sunday, he was able to be forgiven by the team with a stunning drive but the rain also favorited his opponent in stepping on the podium. What should’ve been the biggest opportunity to build a gap in the Drivers’ Championship resulted in a slim 2-points lead. The sight of Verstappen in second place and the worry about the potential future engine’s replacement made the 100th victory overall less sweet than expected. Bittersweet.

Max Verstappen came into the weekend with everything to lose. Red Bull’s pace seemed not up to the challenge and the 3-positions grid drop an unwanted problem. In front of Milton Keynes’ choice to take an engine penalty and let the Dutchman start from last on the grid, Verstappen was called to an exceptional drive on Sunday.

In the first part of the race, Max Verstappen seemed unstoppable, never taking too many risks for the Championship but quickly charging through the field. The second part of the race complicated the job with tyres’ degradation, limiting Verstappen to sit behind Fernando Alonso without hopes. The rain was a blessing for the Dutchman, that was however wise in understanding the track’s conditions and fitting intermediate tyres, coming home to an unhoped second place.

The Drivers’ Championship lead might be lost but the gap is smaller than expected and Verstappen was able to neutralize both the Monza penalty and the engine penalty. Limiting damage.

As Verstappen, Charles Leclerc arrived at Sochi with the tough job of an epic comeback. The Monegasque had the plan clear and was about to be as successful as the Dutchman if only for the rain.

Leclerc’s start was nothing short of exceptional, going from 19th to 12th in the first corners. The tactic of using Verstappen’s Red Bull as a dozer proved wise but the pitstop obliged him to yet another comeback. The Monegasque took the challenge and once again started to climb the grid.

The weather’s conditions and then the unluckiness with the pitstop timing transformed his race into a proper nightmare, ending only 15th after a masterful race that was worth more than to finish out of the points. Unlucky.

The most awaited driver at Sochi this weekend was not on track, or at least it looked like it.

Unlucky on Saturday, sacrificed on Sunday. In what could have been his last winning F1 weekend, Valtteri Bottas was forced to play the team game and remained stuck hopelessly at the back of the grid. If the strategy was made to hinder Verstappen, it simply didn’t work and Bottas’ attempt seemed without any commitment. Overall, the Finn was in the end blessed by the rain in a race that remained flavorless. Wasted chance.

Carlos Sainz’s race passed under the radar despite the podium but the Spaniard proved once again to have made the right choice in joining Ferrari.

At the start of the race, Sainz did what he should and took the lead. The duel with Norris was not only beautifully executed but respectful and on the edge. After the long pitstop, he was able to rebuild completely a race that seemed lost and take the right decision regarding the weather, conquering once again a podium in red. Never-ending.

The Russian track responded to every previous critic of being a boring track by bringing in one race the spice that it had lacked for years. From the qualifying to the weather, to the duels, overtakes, and drama, Sochi provided everything in 2021. Is it too late to say sorry?