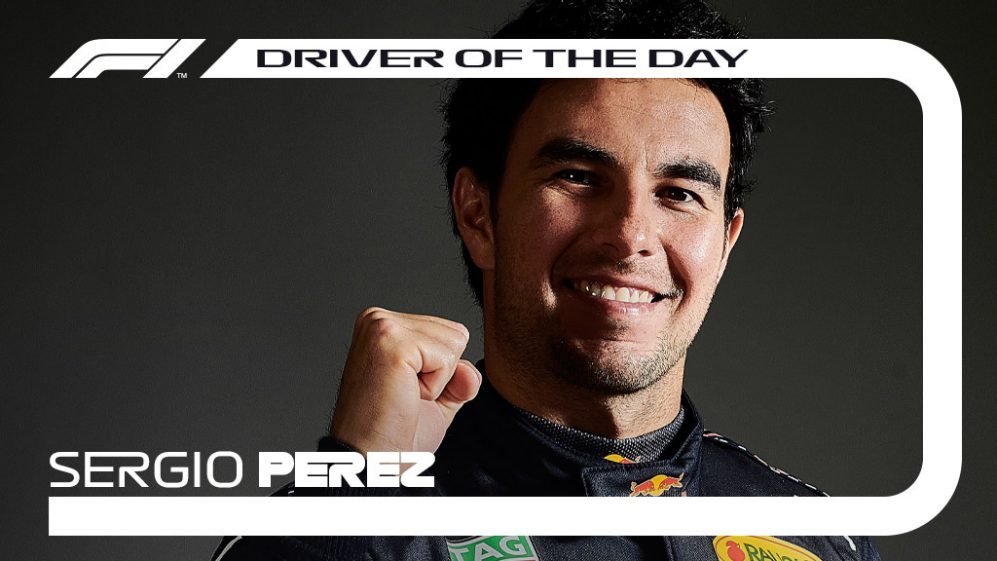 Formula 1’s Driver of the Day accolade needs to be rethought.

After every race, fans get to vote on the driver they believe performed best, but it’s become a difficult gimmick to get behind.

The idea behind the award is very good; in an era where F1 seeks to connect with a younger demographic and increase audience participation, a poll open to fans is an excellent way of achieving this.

Unfortunately, those who win the award are far too often undeserving.

Of course, the poll is merely a bit of fun for fans, the drivers don’t receive any kind of championship points or bonus – just an award after the race’s conclusion.

The ancient Greek philosopher Plato used a famous metaphor referred to as the ‘Ship of State’ to outline his pessimistic viewpoints on democracy.

Now I won’t bore you with political ideologies on a website dedicated to motorsport, but there’s a lot to learn from this allegory.

Plato’s fundamental argument is that bestowing power within those without adequate knowledge is dangerous for a ship at sea – and also a democratic state.

So how can this be applied to modern F1?

Well, we, as fans, are the sailors of this boat – and we are the ones lacking in expertise.

Even as much as fans would like to think, F1 is such a complex entity that it’s difficult to understand everything single small detail – and even those who work within the sport still get it wrong.

But more importantly, fans are far from unbiased.

We have favourite drivers, favourite teams and most importantly, a thirst to be entertained.

For most fans, the thrill of F1 comes from seeing drivers battle it out in wheel-to-wheel combat, pushing themselves and their cars to the limit.

A late lunge down the inside, an audacious overtake around the outside and a classic switchback manoeuvre – that’s what the fans want to see and pay good money to do so also.

But F1 is about so much more than just overtakes, but for most people, that just isn’t why they tune in.

Sergio Perez was the Driver of the Day for Sunday’s race at Zandvoort – and this proved everything that is wrong with the concept.

The Mexican driver had a dismal qualifying, being knocked out in Q1 despite driving what was the quickest car in The Netherlands last weekend.

Red Bull opted to start him from the pitlane, putting in a new power unit and optimising the car’s overtaking ability to progress Perez through the field.

Zandvoort is a tricky circuit to overtake at and with the battle at the front being intriguing but lacking action, fans turned their attention to Perez’s charge.

They were treated to some lovely overtakes, with the pick of the bunch being a brave move around the outside of Daniel Ricciardo at the Tarzan corner.

Perez also had an intriguing battle at the same corner with Ricciardo’s McLaren teammate Lando Norris, and the two made contact while squabbling at the tail end of the points.

It was entertaining, engaging and why we love racing – but Perez shouldn’t have been Driver of the Day.

Red Bull had the superior car this weekend, with only Mercedes coming close to matching their level of performance.

Max Verstappen dominated the race after taking pole and lapped everyone up to fourth place – including teammate Perez.

A driver who has been lapped by someone in equal machinery should never have the chance to win Driver of the Day. Even though this was largely influenced by Perez’s qualifying performance, the comeback was not worthy of being crowned with such an accolade.

The 31-year-old should have probably have finished higher up but had to make an unscheduled pitstop early on after flat-spotting his tyres while overtaking the inferior Haas of Nikita Mazepin.

There were far better performances by other drivers, that while maybe lacked the entertainment, achieved beyond what was expected.

Verstappen was faultless out front, despite the considerable pressure mounted upon him by both Mercedes cars and 70,000 expecting Dutch fans, he kept his cool and delivered to take victory at his first-ever home race in F1.

Behind, Pierre Gasly was superb in the Alpha Tauri. A brilliant qualifying performance meant he started the race from fourth and produced a stellar performance to maintain that position, driving an impressive stint on the medium tyres and keeping Ferrari’s Charles Leclerc at bay.

What about Fernando Alonso? The Spanish veteran was once again exceptional and even managed to get past Carlos Sainz late on to nab sixth.

Despite these impressive performances, it was Perez who won Driver of the Day – and it isn’t the first something like this has happened this season.

At the Styrian Grand Prix, Leclerc ruined Gasly’s race on the opening lap and dropped himself to the back of the pack, but put on an overtaking exhibition to recover back to seventh and win the award.

Back at the season-opener in Bahrain, Perez again started from the pitlane after a poor qualifying and managed to charge through the field to take fifth.

This performance was actually far more worthy of winning the accolade, considering it was his Red Bull debut.

But ultimately, he’s driving the car to where it should be, overtaking cars with a significant pace disadvantage.

Fans have an overwhelming urge to be entertained and that’s exactly what a charge through the field provides – nobody wants to see a driver manage their tyres at the front of the pack and take a commanding victory.

This isn’t to say awards in the sport need to be determined in an autocratic fashion – fan engagement is vital in the modern era.

But sadly, while the Driver of the Day award is an excellent idea for fans to show their appreciation, it’s become an accolade for the most entertaining performer.

Maybe renaming the award would be beneficial, and creating a real Driver of the Day award that is voted upon by unbiased experts who lack any kind of emotional attachment.

Plato was a man well ahead of his time, perhaps it’s time we look at some of his words to improve F1.

A Driver of the Day award is an accolade that deserves to be in F1, but right now it isn’t performing it’s function adequately – and its losing value.