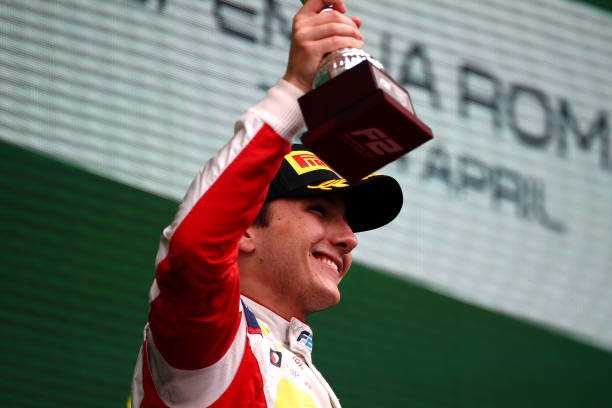 From The Hospital To The Podium: Enzo Fittipaldi’s Astonishing Recovery

Formula 2 driver Enzo Fittipaldi took his maiden podium at Imola, only months after an accident that left him with a fractured heel.

But his physical recovery isn’t the only amazing thing about his Feature Race podium, considering he started the race in 15th place. The Charouz Racing System driver had surprising pace, and he described it as “simply amazing” to be able to demonstrate his ability.

After several races with Charouz’s Formula 3 team in 2021, Fittipaldi was promoted to their Formula 2 team. He replaced David Beckmann for eight races.

The Feature Race in Jeddah, the penultimate round of the championship, was Fittipaldi’s last race of the season. He collided with ART Grand Prix’s Theo Pourchaire, who had stalled at the start. The crash red-flagged the race, and both drivers were taken to the hospital.

While Pourchaire was cleared to race the next weekend in Abu Dhabi, Fittipaldi’s injuries put him out for the final round of the season. With a fractured heel, some facial injuries, and plenty of bruises, he had a lot of recovering to do.

🇺🇸 Hey guys, I am very grateful that I only broke my heel and have some cuts and bruises. Thank you all for the messages, as well as the FIA and medical staff for taking great care of me. I am very happy that Theo is ok. I will be back on track soon and faster than ever. 🙏 pic.twitter.com/3aLqaEQtgn

Just two months later, Fittipaldi was announced by Charouz as one of their full-time drivers for 2022. He would be racing alongside Cem Bolukbasi in Formula 2.

Fittipaldi’s first time back in a Formula 2 car after his crash was at pre-season testing in Bahrain. He finished the first day in eighth position, proving he still had a lot of fight in him.

“We were right on the pace, and I was extremely happy that my first five or six laps were really competitive,” commented Fittipaldi after the first day of practice.

In his first weekend back, he qualified 16th. In both the races at Bahrain, he made his way up to 11th, just outside the points. He had a similar weekend the following round, which took place at the same track he had his accident at. Qualifying 15th, he finished the Sprint Race in tenth and the Feature Race in 11th.

Fittipaldi qualified 15th again at Formula 2’s debut in Imola. And again, he made up places in the Sprint Race, finishing in 12th.

But it was the Feature Race on Sunday where he truly shone. Jumping places at the start, Fittipaldi made his way into the points positions straight off the bat. From there, he steadily improved and made his way up to third place on the final laps. He was right there when Carlin’s Logan Sargeant made a mistake in second position, and took the place from him.

Fittipaldi said in the press conference after the Feature Race: “I’m just extremely happy with this result. I hope from here, I’m sure we’ll be more consistently fighting the in the top 10.”

Christian Horner said he does not blame Sebastian Vettel for leaving Red Bull for Ferrari even if it did not work out.