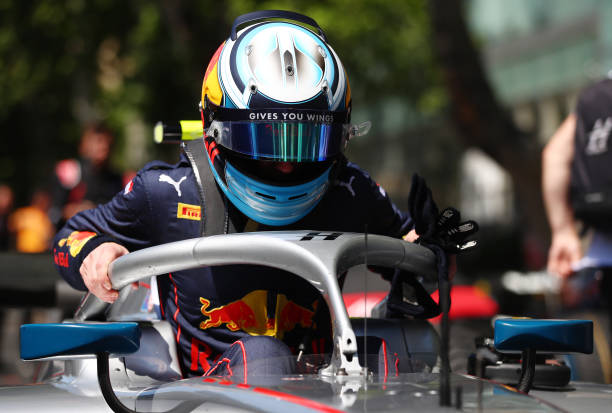 From hero to zero: Juri Vips in Baku

The Red Bull junior’s weekend went from bad to worse

After putting his Hitech car on pole in spectacular fashion on Friday, Juri Vips finished the weekend with nothing but disappointment. What went so wrong for him?

Now in his second year of F2, the Estonian driver was likely hoping to improve upon his eventual 6th place finish from the 2021 season. So far, his 2022 campaign is failing to live up to expectations.

Looking back to Baku last year, Vips won two of the three races, beating champion Oscar Piastri by over a second in the feature race. He looked able to repeat this performance a second time after qualifying in first position, but the weekend ended in disaster for Vips.

Vips’ qualifying session got off to a slow start as he settled for 10th place in the opening stages.

However, a surprise increase in pace on his following attempt saw him outqualify former teammate Liam Lawson by 0.163s. Just like last year, the two drivers found themselves on the front row, albeit with their positions reversed this time around.

Going into the weekend, the Hitech driver had already suffered a string of misfortune. His three podium finishes may beg to differ, but Vips believes he and the team have “thrown away big points”. He explained:

“We’re not where we should be with the pace we’ve had. Now our only focus is to have clean weekends from both my side and the team to make sure everything is working well and that there’s no issues at all. Every race – Bahrain, Jeddah, Imola and Barcelona have been complete disasters.”

However, after qualifying, Vips appeared confident in his abilities. When asked whether he could claim a double win in Baku, he said: “I mean, it’s Baku. It’s the easiest place to overtake in the end on the whole calendar. If it’s a normal race, it’s going to be really, really difficult, but anything can happen, especially here, so I’m definitely not ruling it out.”

With the top 10 qualifiers reversed for Saturday’s 21-lap session, Vips started in 10th.

He made his way up to eighth position before becoming entangled with Enzo Fittipaldi – an incident which saw the latter retire.

Despite rejoining the race, it was already too late for Vips. He found himself unable to improve to a points finish, ending the Sprint down in 12th place.

Mercedes junior Frederik Vesti took his maiden win whilst the Estonian looked ahead to the main event: the feature race.

A weekend to forget

Baku saw Vips take his second pole position of the 2022 season. His first came in Imola where instead of finishing the weekend on the podium, he finished in the gravel.

Sunday’s race got off to a promising start as the polesitter confidently led the opening stint. Following the first safety car, Vips was strong on the restart, maintaining his lead. His pit stop did not prove an issue either, as he retook net first position on lap 12.

Everything seemed to be going pretty much perfectly for Juri Vips. He had not cracked under the pressure of the safety car and had a smooth change of tyres.

Things started to fall apart when teammate Marcus Armstrong drove into the back of Vips’ car going into turn one. Even then, it was the New Zealander who took on most of the damage.

Vips inherited the lead of the race from Calan Williams, who was forced to take a trip down the escape road. With just a few minutes remaining, it looked like the Red Bull junior might finally find feature race redemption.

But once again, things were not to be. He clipped the wall at turn eight, and this late mistake saw him plummet down the order. Vips retired from the race, handing Hauger his maiden Sunday victory.

He and Hauger had been engaged in a tense battle for much of the race, but Vips nevertheless appeared to be in control until his error.

Speaking about the result, Hauger said: “In the end, we stayed calm, and we put a bit of pressure on Jüri. Obviously, a shame for him. He had a good weekend, and he had a really good pace this weekend. So I feel sorry for him, but I’m really happy with the way it worked out today.”

What’s next for Juri Vips?

With another underwhelming weekend, Vips finds himself in seventh place in the standings with 51 points. He is yet to win a race this season and is 81 points away from leader Felipe Drugovich.

The Hitech driver is certainly a promising young talent. Red Bull would not manage him nor bring him in for an FP1 session if they did not recognise his potential.

The championship is only just nearing its halfway point, meaning there is plenty of time for Vips to offer up some strong performances. However, as one of five Red Bull juniors in F2, could he be forgotten? Rookie Hauger overtook him in the standings last weekend, and Jehan Daruvala is 22 points ahead in third.

Only time will tell, but for now, Vips needs to prioritise consistency and leave these significant errors in his past.