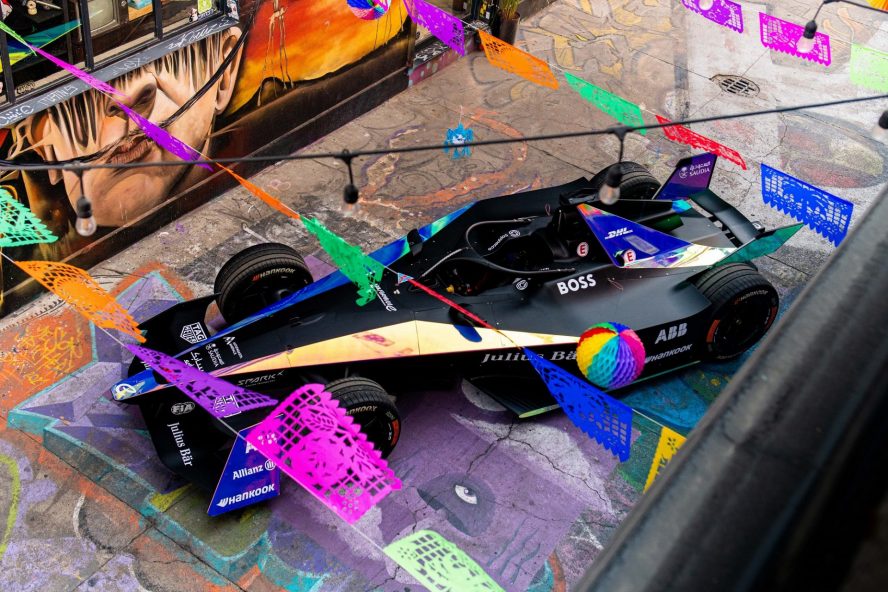 Formula E: Teams are ready and set for Mexico City

We take a look at how some of the teams are preparing for Mexico City as Season 9 of the Formula E approaches.

Formula E fans and teams are all excited to get yet another electrified season underway as they head to Mexico City for the first E-Prix.

The famous Autodromo Hermanos Rodriguez circuit will host the first race of the season for the first time in its history. However, it is not new to the Formula E calendar. The Mexican E-Prix made its debut back in Season 2. Since then, it only missed out on Season 7 because of Covid restrictions. That said, Mexico City hosted the third most E-Prix with eight in total.

Formula E are expecting 40,000 fans to electrify the stands and cheer on their favourite teams. Familiar and new faces make up the grid for this season along with some rebranded teams. Some are making a comeback and others are making their debut.

A new partnership between DS and Penske is about to make its debut. Meanwhile, Maserati are the newcomers on the grid, as they picked up from where ROKiT Venturi left. This makes them the first Italian team to compete in Formula E. After a successful Valencia pre-season test, they’re expecting great results from their maiden season.

McLaren are also new to the series as they replaced Mercedes EQ on the grid. ABT made their return to Formula E after some time out. With them being one of the most successful teams, fans are excited to see what their comeback is.

So let’s dive into what some of the teams had to say about Mexico City.

The debut of DS Penske

DS Penske have a stunning line-up of two Formula E Champions – Jean-Eric Vergne and Stoffel Vandoorne. The two drivers hold great respect for each other and are ready to give great results to the rebranded team.

Vandoorne is confident that he can deliver once again this season. In Season 8, he won the season with a single win in Monaco and eight podiums. His lowest-ever finish was 11th in a sixteen-race season.

This season will be very different to last year’s however. It has a new car, new tracks added such as Hyderabad (India), Cape Town (South Africa), Portland (USA) and Sao Paolo (Brazil) and new teams. Vandoorne is not bothered by these constant changes which also included regulation updates. On the contrary, he enjoys it.

The Belgian said: “I always feel like it’s important to move forward with new, innovative things. I think it’s exciting, I always like when there’s new things because that’s when you can make a difference in a new era.

“The counters are back to zero. Everyone has the same opportunities again to fight for a championship this year. I know nothing is for granted and that only hard work and dedication is going to get me that again.”

As the season kicks off in Mexico, the 30-year-old expressed his excitement for the season to start at such a track.

He added: “I think it’s a fantastic race to start the season. First of all, the fans there are amazing – they’re really so passionate about the sport. It’s always great to see such big crowds, it really adds something extra and special to the event.

“I hope we can have a great race; a lot of cars will be together fighting it out for the victory – hopefully I’ll be among them and I can take the chequered flag first.”

McLaren enter Formula E, adding to their grounbreaking developments in the electric automotive industry. Their line-up is made of Jake Hughes – who spent time testing for Mercedes EQ – and Rene Rast – who already took a go at Formula E.

This will be the first time that Hughes takes an electric racing car out on track in Mexico. Being their first time in Formula E, McLaren might have some catching up to do when compared to other teams. The team went through a complete transition and are expecting challenges from their competitors along the way.

Team Principal Ian James said: “Since our transition into the McLaren Racing family, we’ve been working with a clear intent: to be ready and at fighting strength for the first race of the season in Mexico City. The first race weekend is now less than a week away, and we are ready and excited for the challenges that will face us during the weekend.

“Challenges that will most certainly come from our competitors; we’ve seen that everyone has taken a significant step forward in every aspect of their performance, meaning that Gen3 is likely to be the most competitive Formula E generation yet.”

By Morgan Holiday13 hours ago

James admitted that the team want to achieve more and produce a better package. They are not where they would like to be yet, however, they’re satisfied with how much they’ve got done in such a short time.

He added: “From our side, it hasn’t been an easy or straightforward task and we are definitely not fully satisfied yet, but from what I can see so far, we can be happy with what we’ve achieved to date in such a short amount of time.

“We’ve been able to build on the strong foundation we have put in place over the last couple of years, and have started to enhance this with the unique strengths of the McLaren Racing.”

NIO 333 competing with the youngest line-up

NIO 333 have the youngest driver line-up racing for them this season. Dan Ticktum was confirmed for yet another season while Sergio Sette Camara joined the Anglo-Chinese outlet for Season 9.

Both young drivers will be eyeing up points and better seasons ahead of them. They both struggles in Season 8 to earn points and compete against other teams. The two drivers have great experience in Formula 2 and are considered great prospects for Formula E.

Ticktum is ready to go out onto the track as he has prepared endlessly for this season. He believes that thanks to the positive signs the team has shown, they’ll be able to battle other competitors even more this season.

The 23-year-old said: “I’m really looking forward to the start of the season. Obviously I’m not a rookie anymore, so my aim is to hit the ground running. I now know all the circuits, and I think the team’s made good progress in terms of where we’re going to be and I believe we can take the fight to quite a few teams.

The ABB FIA Formula E World Championship returns on Saturday 14 January for the 2023 Hankook Mexico City E-Prix with races across the season live on Channel 4 and Eurosport.