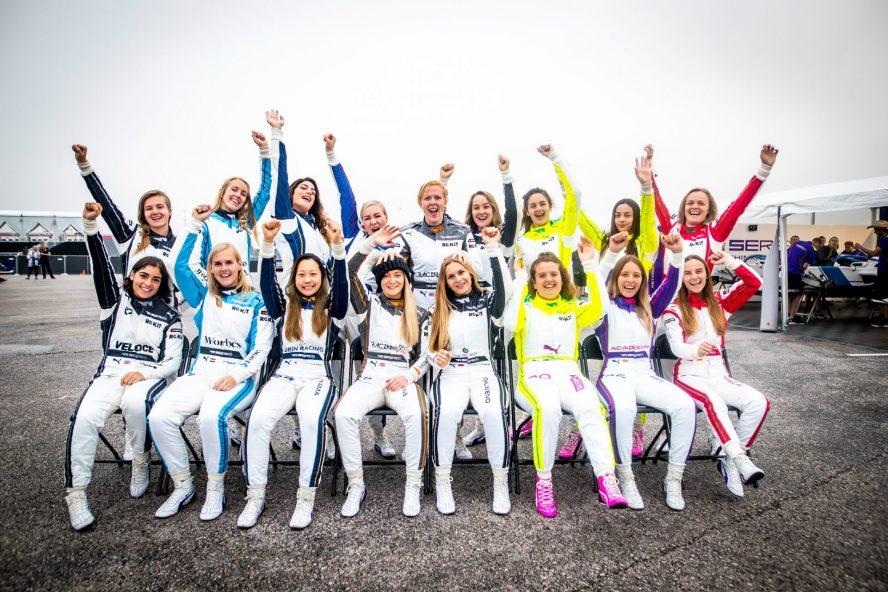 F1 announcement of the F1 academy in late 2022 received mixed reactions in regards to women’s involvement in motorsport.

BBC Sports’ “The Sports Desk” caught up with racing drivers, Jamie Chadwick and Michelle Gatting, to talk about the role of women in F1 and how they feel about the recent efforts by Formula 1 to get women to the top.

It’s no secret that F1 is a male dominated sport. If you look at the drivers from the first British GP to the 2022 Abu Dhabi GP, women made up 0.66 percent. That is 6 drivers out of 885 drivers in 72 years. The statistics are mind blowing considering how long F1 has been going on for and how little female involvement there is.

However, it would be unfair to dismiss the effort that is being made by Formula 1. Over the years, women have been more and more involved in technical roles. Strategists, engineers, and managers, among many other positions can be seen led by women.  Hannah Schmitz at Red Bull Racing, or Bernadette Collins at Aston Martin are proof of how well-suited a woman can be in a supposed ‘male role’.

Despite the successful involvement of women in such roles, women racing drivers haven’t had as much luck. While F1 is trying to get women more involved through initiatives such as F1 academy, it is seen as tokenistic.

Michelle Gatting is a Danish European Le Mans series driver and has been in Motorsport for around 17 years. Gatting believes that what F1 is doing is more-so a marketing strategy than anything else.

“They [Formula 1] have tried getting girls into F1 as a marketing tool and having the girls there as test drivers. But at the end of the day they didn’t do much.

“They were just there because it looked good in the pictures to have a female there next to 2 F1 drivers.”

BBC presenter, Delyth Lloyd, suggested the term tokenistic best describes Gatting’s statement. However fellow presenter, Matt Warwick, said that F1 is aware of how problematic this all is. Warwick stated:

“They [F1] wholeheartedly acknowledge that after a great many years of racing, the fact that there are no women in the top level. It is a problem and it doesn’t look great, but they feel that this is certainly one of the most solid ways to ensure that change. That it comes eventually, even if it is in 5 years 7 years 10 years.”

A major voice of opinion on the matter is Jamie Chadwick. Chadwick is a 3-time W series champion, with the most wins, podiums, poles, and points in the series. Chadwick is also a part of the Williams Driver Academy and has been since 2019. With all the talk about how performative F1’s efforts are, Chadwick comes to refute that.

“I wouldn’t like to say its tokenism, the support goes both ways. I think it’s important, aside from if it’s believed to be tokenism or not, giving women visible roles in the sport does inspire young girls to get involved. It does shine a spotlight on women in the sport which is what is gonna get more girls more involved.”

“So it’s gonna change it and supposedly stop these roles that are seen to be tokenism. From my side I’ve done everything that I can based on performance, and that’s all I wanna focus on, performance.”

Whether Formula 1 is trying to save face with these initiatives or not, the effort cannot be denied. It starts a conversation, though controversial, and highlights the lack of female drivers in F1. Gatting makes a good argument regarding the tokenism of what F1 is doing and it is a reasonable argument. Unfortunately, it’s what is provided for women at the moment, and shines, even if it is speck, of a spotlight.