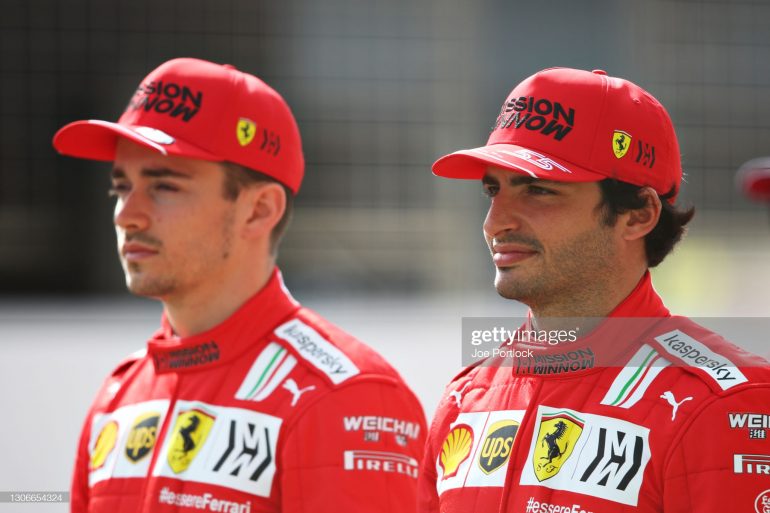 BAHRAIN, BAHRAIN - MARCH 12: Carlos Sainz of Spain and Ferrari and Charles Leclerc of Monaco and Ferrari look on from the grid during Day One of F1 Testing at Bahrain International Circuit on March 12, 2021 in Bahrain, Bahrain. (Photo by Joe Portlock/Getty Images)

For the 2021 season, Ferrari presented a new drivers’ line-up, which have proven to give great results to the team who are seeking redemption from terrible seasons in the past. Charles Leclerc is still the main driver for the Scuderia, as he is going into his third year in the Ferrari. On the other hand, Spaniard Carlos Sainz was new to the side, after confirming that he will be driving for Ferrari from 2021.

It is normal for a driver to take time to get used to a brand new car, as we have seen from Daniel Ricciardo, who replaced Sainz at McLaren. Not for the 27-year old though. He looked to be comfortable from the very start, as he finished eighth in the first race in Bahrain, just below his teammate.

Throughout the season, Sainz managed to achieve four podiums, while Leclerc only finished on a podium once. Also, Leclerc suffered two DNFs, while Sainz managed to finish every single race, despite difficulties that occured.

This raised many questions on whether Sainz is going to replace Leclerc as the main driver at Ferrari, and also on Leclerc’s future. The Monagesque has been doing very well with Ferrari, but he only managed to get two wins and 13 podiums since 2019, compared to Lando Norris at McLaren, or Pierre Gasly at Alpha Tauri. 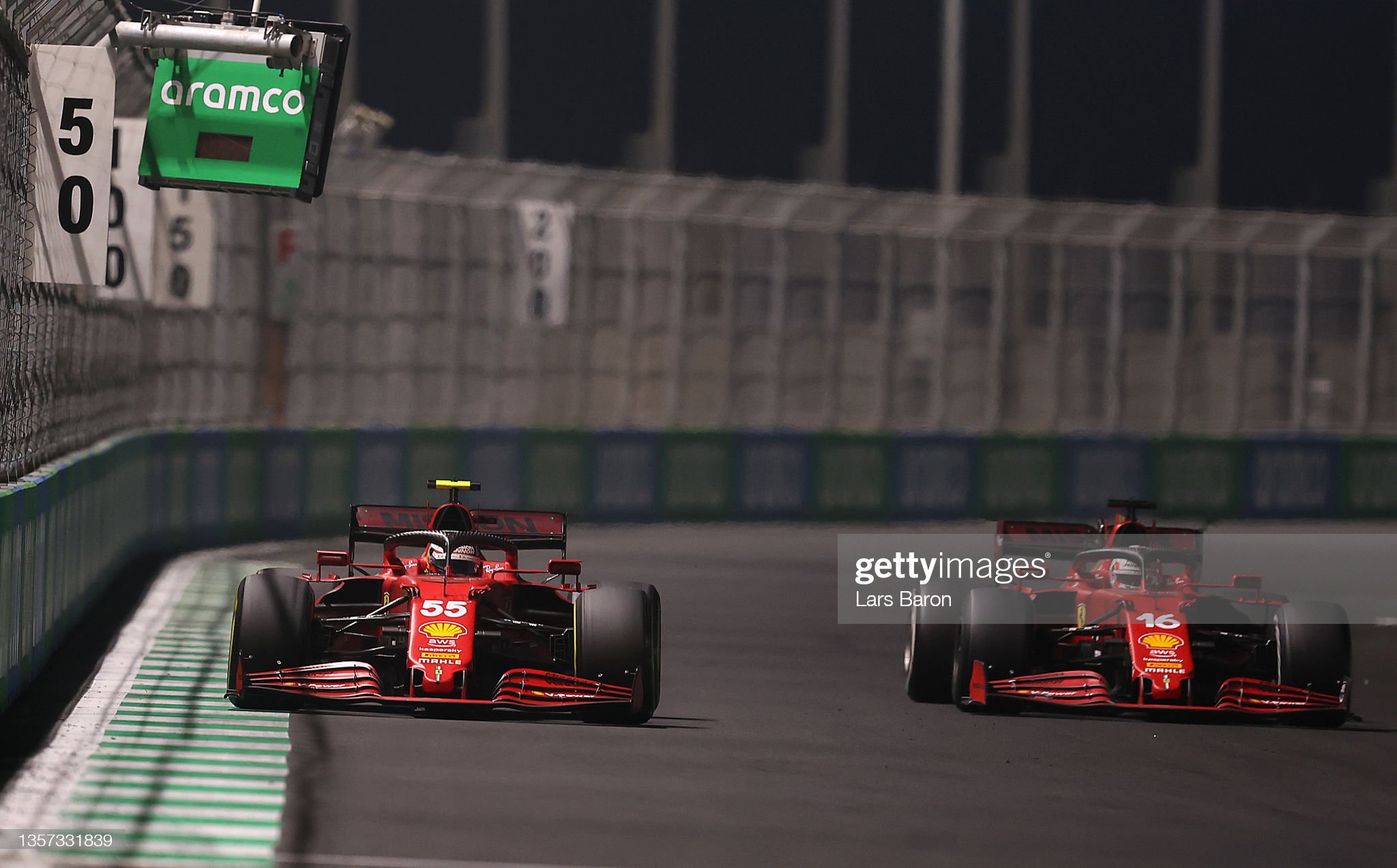 The above argument can be valid, but only to a certain extent. Charles Leclerc is a great driver, but unfortunately sometimes he lets his negative thoughts get the best of him. This forces him to either DNF or not push his car to the limit, and finish the race in a poor place. Despite that, one has to keep in mide that Leclerc has joined Ferrari at a time in which they had major problems with the car.

During the first half of his Ferrari debut season, he was achieving great results, winning in Spa and then the iconic Monza 2019 Grand Prix. But once the FIA stepped in to investigate the car, things for Ferrari went downhill for the team and Leclerc. He finished that season on a podium, as he placed third in Abu Dhabi.

Tensions started rising during the end of that season, especially after him and his teammate at that time, Sebastian Vettel, crashed into each other in Brazil, and cost the team a great amount of points as both cars had to retire. The 2020 season came by, and Leclerc did everything he could to push the Ferrari as much as he can. It could be described as one of the worst seasons that the Scuderia had.

During this season, Leclerc only managed two podiums, which was in the first race in Austria and then in Silverstone. Finishing in second in the first race gave some hope to Ferrari fans, until the races passed by and the results were just disappointing. He had four DNFs in 17 races and finished outside the top five in seven races.

2021 looked more promising, although when comparing him to Sainz, he scored five point five less points and the Spaniard also finished on the podium three more times than him. There isn’t a huge gap between the drivers, and the duo work very well together and there has been no hint of drama either. Leclerc is considered as the future of Ferrari, but it is considered that he has to push more in order for him to keep his seat in the future, and hopefully 2022 can be his year. 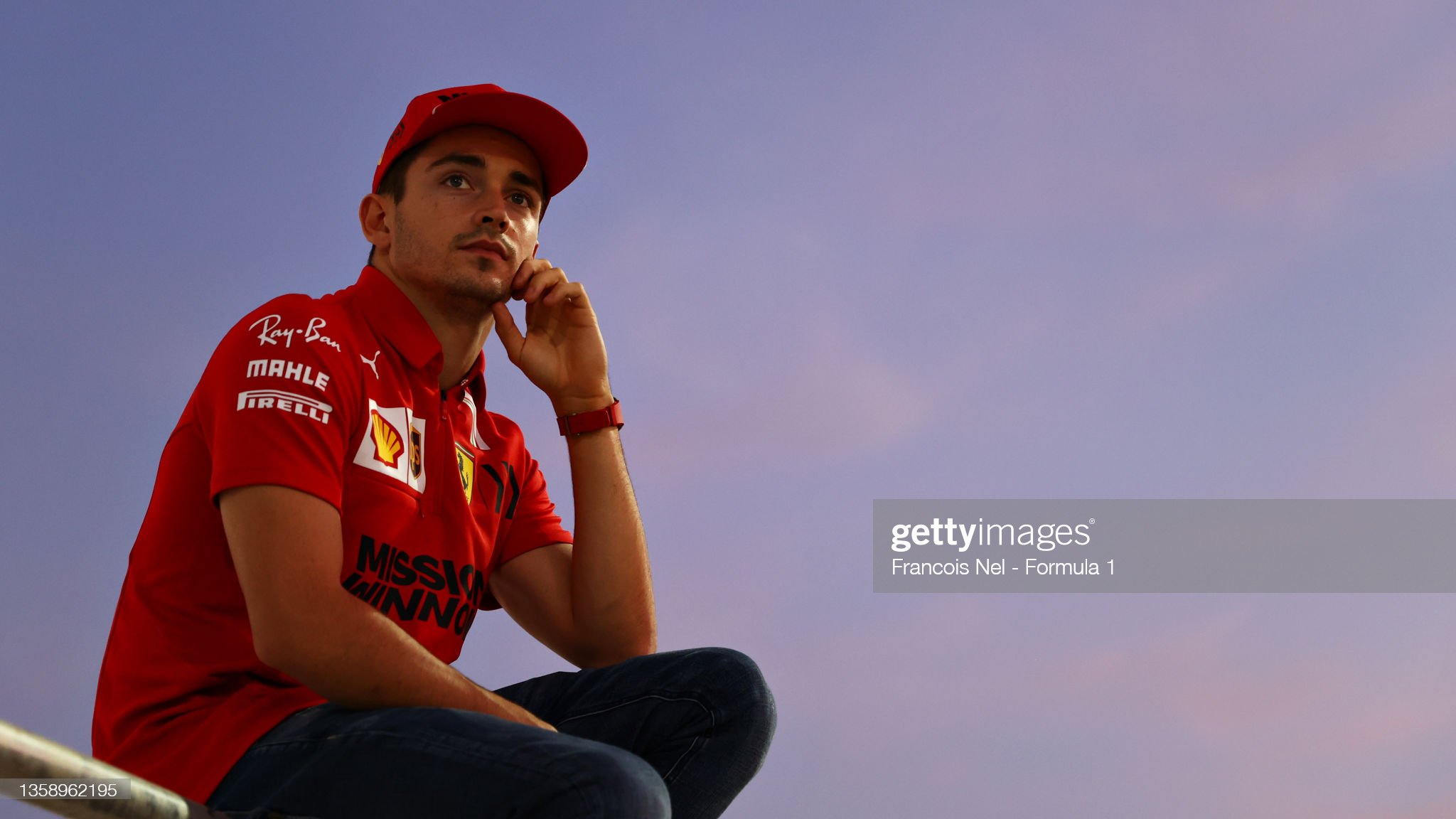 The 27-year old has been in the sport for quite some time now, longer than Leclerc, and that can explain the calmness that he portrays during stressful situations. He has much more experience and he has also driven different engines, so he is used to adapting to a new car.

He started out in Formula One as a test driver for Toro Rosso, as they were called back then, and Red Bull. Eventually he made his way into the sport and secured a seat with Toro Rosso in 2015. That year he started off with a Renault engine, but in 2016, the Italian-based team made the change to a Ferrari engine, so he did have an idea of what driving such engine meant, although many has changed since then.

Sainz never got the chance to prove himself in a Red Bull seat, and so then he made the change to Renault, the beginning of a feud between two teams. Red Bull’s engine supplier was in fact Renault, and they were not happy with the results that they were receiving season after season, the car could not compete with that of Mercedes. Then Renault took their driver too.

Sainz then moved on to McLaren, and formed a great partnership with Lando Norris. One of the most iconic duo in Formula One, loved by many and I don’t think that anyone could hate these two. Besides the great bromance that they shared, together they brought great results to McLaren, and in 2019 in Brazil, Sainz also managed to get his first ever podium in Formula One, as Lewis Hamilton was penalised for his battle with Alex Albon.

Sainz kept proving himself at McLaren, and eventually in 2020, it was confirmed that the Spaniard will be racing for Ferrari in 2021. Many questioned the move, and thought whether Sainz can handle the Ferrari seat. It can be said that it was the first time that finally Sainz have been given a chance by one of the top teams in Formula One, despite the fact that Ferrari were not at their best.

He lived up to it though, and went beyond the fans’ expectations in my opinion. He finished the season above his ex-teammate at McLaren Norris, and also above his current teammate Leclerc. Fifth place with 164.5 points, below the Mercedes and Red Bull drivers, is a result which Ferrari fans didn’t think they would get after the nightmare of 2020.

The season had been far from perfect for Ferrari, but Sainz gave the garage and fans hope for the future. He managed results which showed that Ferrari are going to be competitive again. The podiums in Monaco, Hungary, Russia and Abu Dhabi were significant for the team, to get themselves back where they belong and where, although some might not admit, Formula One fans want to see Ferrari.

Carlos Sainz has proven himself to Ferrari, and if the car is as great as it’s being anticipated this season, this man is looking at more podiums for him this year. 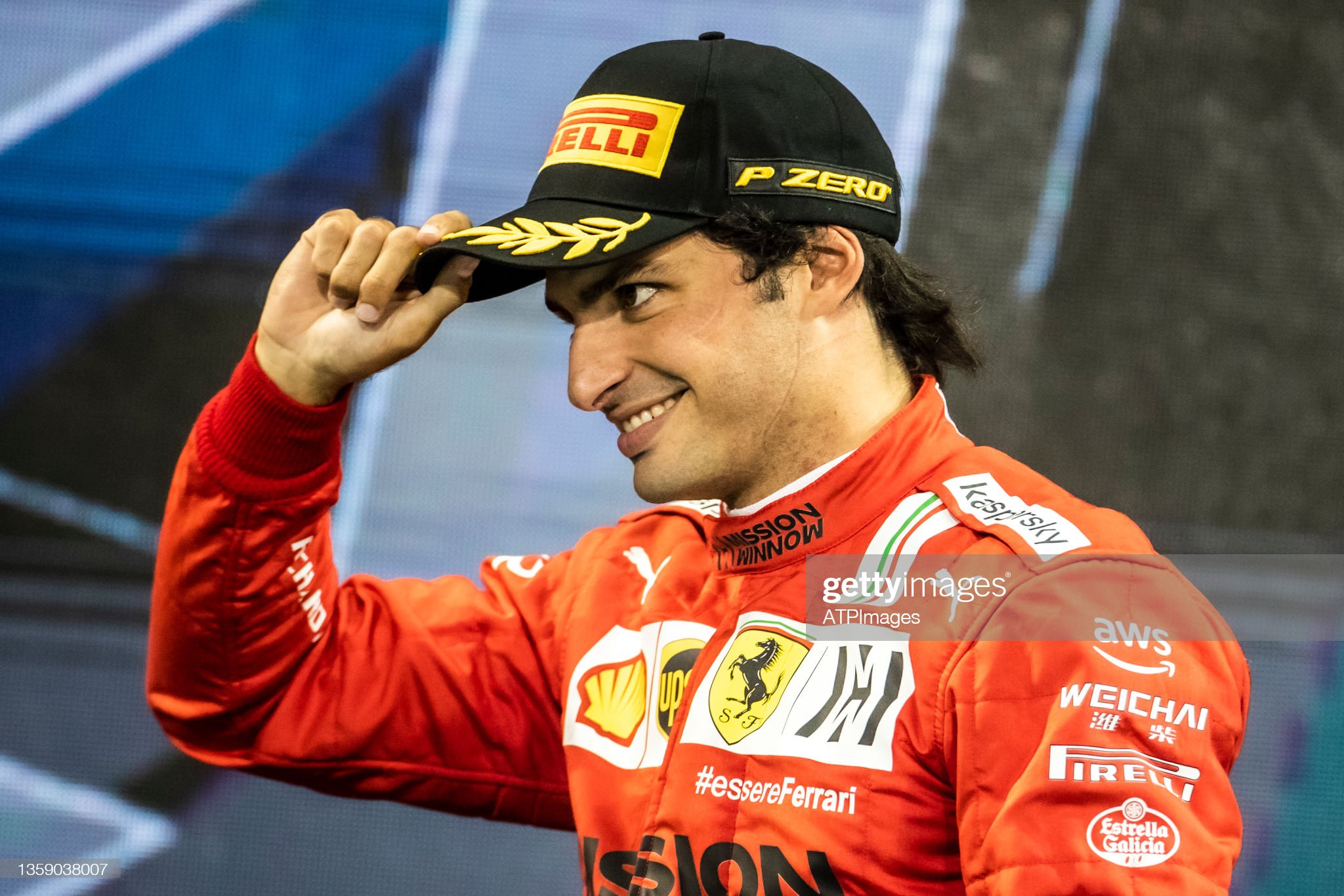