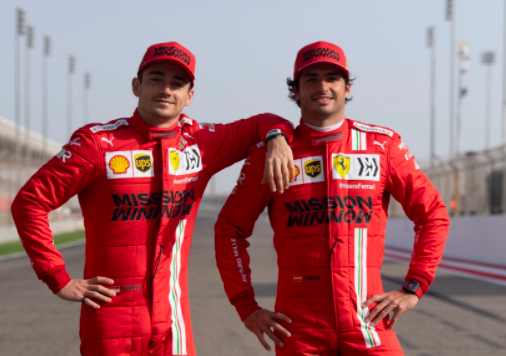 Ferrari Can Claim Magic In Monza

The Prancing Horse is hoping for a win at home.

Ferrari is ready to push all the way in the sprint session at the iconic motorsport circuit, Monza.

It’s amazing to be the only team to compete in every F1 season since the start of the world championship.

Scuderia debuted at the Monaco 1950 Grand Prix and has continued to strive for excellence ever since. Ferrari has entered 71 Italian Grands Prix achieving 19 wins, 21 pole positions, 19 fastest laps, and 69 podiums.

The Maranello team is having quite a season. Returning to Monza will be magical as in 2019, Leclerc got his second F1 win. Charles claimed pole during a chaotic qualifying session and then took it from there. The Monegasque became the youngest driver to win two consecutive F1 races.

Hailed a hero, Charles can deliver something special for fans. Leclerc said, “It is always very very special to be racing in Monza for Ferrari in general, but also for me, I will forever remember two years ago; it was absolutely crazy. But I think this year will be a bit more difficult. Of course, we did some progress since last year so it should be a better race in comparison to last year.”

Sainz is set to step up for the team. Despite recent unfortunate mistakes, Carlos can show resilience through improving his pace performance along with help from technical chiefs, Enrico Cardile and Enrico Gualtieri who have his SF21 chassis up to speed.

The track will be challenging but advantages may appear. The drivers have to be ready for those high-speed corners, long straights, two DRS zones, and demanding chicanes which present plenty of overtaking opportunities.

By Liam Ploetner6 hours ago

Ferrari team principal, Mattia Binotto shared, “After a great show from the Dutch fans [last] weekend, we can’t wait to be racing in front of our own tifosi and we hope we can give them something to smile about.”

Ferrari has 16 world championships. Their highest race finish is number 1, only about 239 times. The team has achieved 223 pole positions and 253 fastest laps. The Prancing Horse’s history alone ensures an exciting Italian Grand Prix.