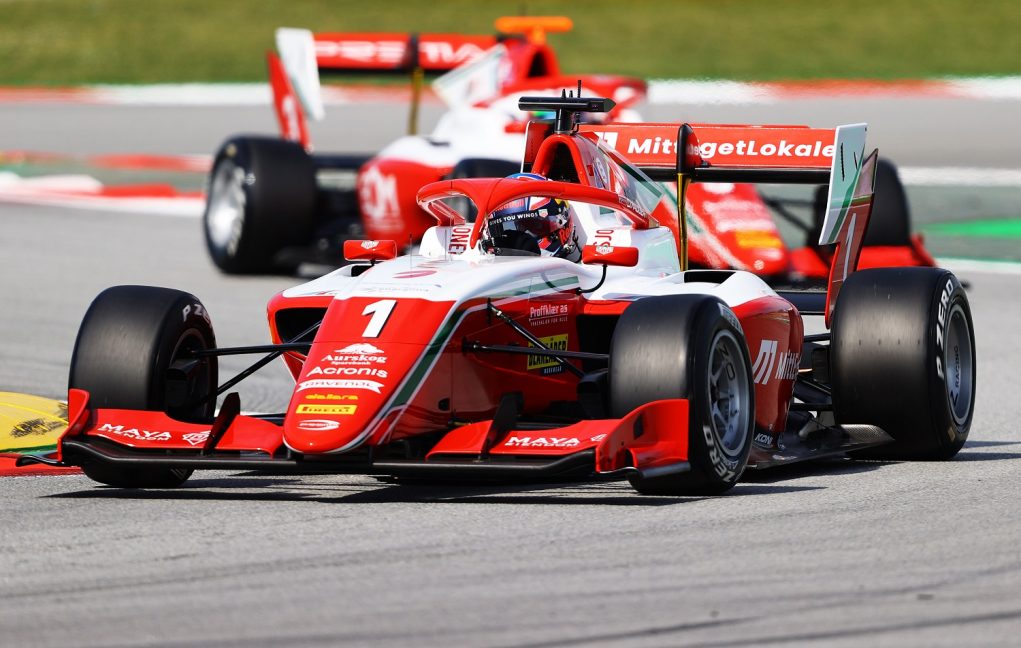 BARCELONA, SPAIN - MAY 07: Dennis Hauger of Norway and Prema Racing (1) drives during practice for Round 1:Barcelona of the Formula 3 Championship at Circuit de Barcelona-Catalunya on May 07, 2021 in Barcelona, Spain. (Photo by Bryn Lennon/Getty Images)

A strong team in both Formula 2 and Formula 3

Formula 3 has 10 teams, but there is one team that is potentially stronger than the rest and has a great origin story – PREMA Racing.

PREMA Racing is a team within the Formula 2 and Formula 3 championships. The team is a strong competitor in both formulas.

For the 2022 season, PREMA Racing has five drivers across both Formula 2 and Formula 3. In Formula 2, racing for PREMA is Dennis Hauger, 2021 F3 Champion, and Jehan Daruvala. In Formula 3, Arthur Leclerc, Jak Crawford and rookie Oliver Bearman all race for PREMA.

There is no recipe for success; it is not an easy route. But hard work and a little bit of luck can make all the difference.

So, that begs the question of how has PREMA Racing developed in the FIA Formula 3 Championship?

PREMA Racing was founded in 1983 by Angelo Rosin and Giorgio Piccolo. Their goal was to have a leading team in junior single-seater racing. René Rosin is the current Team Principal of PREMA for both Formula 2 and Formula 3.

The team is recognized as being the third force within Italian Motorsport alongside Formula One teams Scuderia Ferrari and AlphaTauri. PREMA sits just behind them with regards to size, competition profile and achievements.

René Rosin said in an interview with InsideF2, that PREMA has always been considered a “family business”. He added that members of the family are involved in the business; his wife is involved with “marketing with the media” whilst his parents were included in the “financial part”.

Now, in recent years, PREMA is “much bigger” than how it was when the team was founded, but it is “a family-run team” still. PREMA has been racing in Formula 2 since 2017, two more years than in Formula 3 as F3 was launched in 2019. The Italian team was one of the first to be on board for the Formula 3 championship.

The team had a fantastic debut year in Formula 3. Its driver line-up consisted of Marcus Armstrong, Jehan Daruvala and Robert Shwartzman.

All the drivers above made the step from Formula 3 to Formula 2. Armstrong and Daruvala still race in the championship this year, but Shwartzman left after his 2021 campaign.

PREMA achieved 1st place in the Teams’ Championship in their debut Formula 3 year. In the Driver’s Championship they achieved: 1st with Shwartzman, 2nd with Armstrong and 3rd with Daruvala.

In 2020, they also got 1st place in the Teams’ Championship and 1st and 3rd in the Driver’s Championship.

Last year in Formula 3, PREMA had a tough year and were beat by rival team Trident, who won the Teams’ Championship. However, PREMA did win the Driver’s Championship with Dennis Hauger.

This proves to all of us that the PREMA Racing is one of the strongest teams in this category.

When speaking to FormulaNerds ahead of the 2022 season, René Rosin said that every team has “great line-ups”. He noted that alongside Trident and ART Grand Prix, there will be a “great battle”.

“We are focusing on both drivers and teams championships” and that they will take it “race by race”.

Already this season, after two rounds, PREMA are second in the Teams’ Championship on 47 points, behind ART. In Formula 2, the team has not had the start they desired, but they place fifth in the standings on 33 points.

PREMA Racing will be going after those championship titles in both Formula 2 and Formula 3 this season.