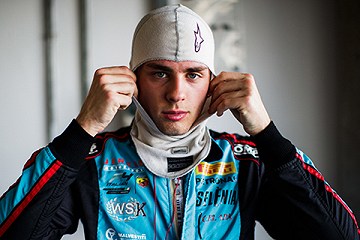 The Italian Driver Returns To F3

Italian racer Federico Malvestiti is returning to the FIA Formula 3 Championship for the 2022 season.

Jenzer Motorsport had an empty seat in their line-up for this year, and it was only confirmed ahead of the second round in Imola who would fill the spot. During the first round, Jenzer had Niko Kari drive for them in Bahrain.

Malvestiti’s racing career began in 2010 when he first started karting. He has competed in many championships throughout the years and his career is still going strong.

Throughout his career, he has entered 109 races. From those races, he has secured five podiums, two pole positions, two fastest laps and only one race win.

We know Malvestiti was born in Monza, and he started karting in 2010 . He competed in events such as Easykart International Grand Final and Trofeo Nazionale Easykart.

He continued karting for two years until he progressed and made the move up into the Italian Formula 4 Championship. His karting career summary can be seen below:

His first experience in single-seaters was in Italian F4. He joined the championship in 2015 with the Italian team Antonelli Motorsport. During that year, he competed with the team for two rounds of the season.

For the next season, Malvestiti raced every round with Antonelli Motorsport where he scored ten points. As a result, he finished 25th in the standings.

In 2017 – his third season –  he finished 10th in the championship. He had six point finishes totalling to 19 points by the end of the season.

The next year, he improved on his performance. He finished 6th in the championship. During that season, Malvestiti achieved four podiums and two pole positions and also a a race victory at Imola.

After competing in Italian Formula 4, Malvestiti competed in the Formula Renault Eurocup Championship in 2019. That year he finished 14th in the championship standings.

As well as competing in FRECA, the Italian competed in the FIA Formula 3 Championship in 2019. He deputised for Carrara at Silverstone.

Unfortunately, Malvestiti retired in the feature race due to a battery failure and finished 23rd in the sprint race.

In the 2020 season, he joined Jenzer Motorsport for his first full season. He was partnered with teammates Calan Williams and Matteo Nannini.

However, he is back this year with Jenzer Motorsport.

Malvestiti raced this weekend in the second round of the 2022 season at Imola. Andreas Jenzer, Team Principal of the team, is very happy to have Malvestiti back. He said: “It is very motivating for all of us that he is back with his ‘old team’!”